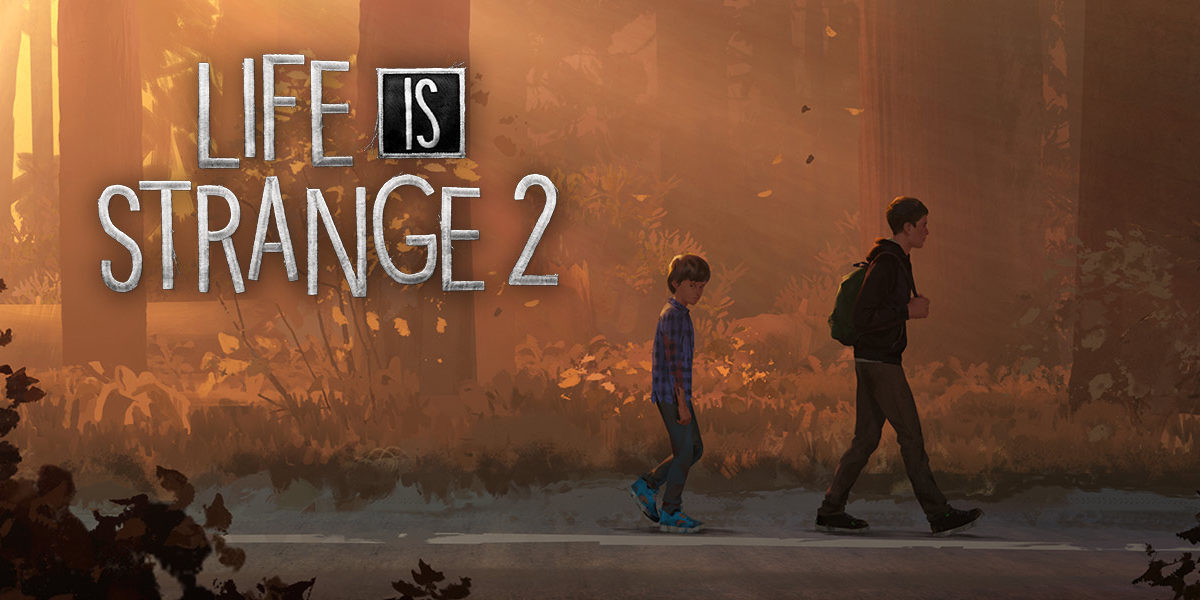 Note: This is part 2 of a 5-part review that will cover all 5 episodes of Life Is Strange 2. THIS REVIEW SERIES CONTAINS SPOILERS!

Finally, it’s here! The long awaited follow up to DONTИOD Entertainment’s 2015 award-winning episodic adventure, Life Is Strange. With rumours of the game’s development in early 2017, DONTИOD finally confirmed the sequel in May this year.

June saw fans teased with The Awesome Adventures of Captain Spirit; a playable demo set in the LIS universe. The demo hinted at the type of story, gameplay, and most importantly what super powers we might discover in the new season.

Here’s our first look at Life Is Strange 2, Episode 1: Roads.

Roads’ first hour gives LIS fans a toasty, warm nostalgia hit. This time focuses on the dynamics of young adult friendships and relationships as they continue to grow and change. During this time the main character, Sean Diaz, and their bestie (“BFF”) Lyla see introduction. With a rapport redolent of Max and Chloe’s (of the first LIS) friendship, Sean and Lyla playfully banter whilst making party plans for the weekend. We also get to meet the Diaz family; little brother Daniel and Dad Esteban, and explore Sean’s home life.

The opening of Roads guides players not only through the gameplay mechanics, but also into a false sense of security. Heart-warming scenes between Sean, Daniel and Esteban, and solo scenes with Sean in his room singing along to The Streets paint the (almost) perfect picture of the typical All-American Teenager™. Players of the first LIS may at this point be expecting another high school story. However, the events closing Roads‘ first hour makes it clear that LIS2 is departing from its predecessor’s youthful campus setting. The game steps away from the safety of LIS1‘s privileged characters and moves into politically charged territory.

Life is Strange 2 sets out to provide a commentary on the climate of the US amid the 2016 presidential election. It also looks at the effects of the Trump campaign on Mexican-Americans. Players get brutally launched into conflict when a minor scuffle with a next-door neighbour escalates and the police are called. Shots are fired and the scene ends in tragedy and confusion over what exactly happened and who is to blame.

From here the story’s focus narrows to Sean and Daniel as they flee their home and to the roads and wilderness of Oregon. The safety and comfort of the Diaz home immediately feels distant and the contrast is unsettling. Things become less comfortable as Sean struggles to find food and shelter, while also trying to find a sense of fun for the sake of Daniel, whose distress increases as they travel.

The time in the wilderness does give players the chance to enjoy some sweet moments between the brothers as Sean steps up into the role of Daniel’s guardian. These moments spent skipping stones or just enjoying the view together brighten the mood. They may even tempt a sense of hope in the player, but things will shift again as the boys continue down the road.

Sean and Daniel’s next encounter moves from discomfort to danger through the introduction of MAGA-esque racist Hank Stamper. Hank sees the brothers’ Mexican heritage as an offense and reason to treat them with violent disregard. At one point Hank remarks to Sean that he “is the reason we need to build that wall…”. It sinks in just how close to home this story will hit for many Mexican-Americans.

This terrifying part of the Roads gives the first real problem-solving challenge of the game; Sean and Daniel needing to work together to escape the dangerous situation. Aided by another new NPC, leftist blogger Brody Holloway, the boys find their freedom. I genuinely share the relief of the characters on screen.

This is where Roads leaves us. Sean and Daniel are, for the time being, safe and better equipped. However, if Roads has taught players anything so far, it’s to not get too comfortable. As the story continues to unfold, the darkness we saw in this episode will surely rear its head again.