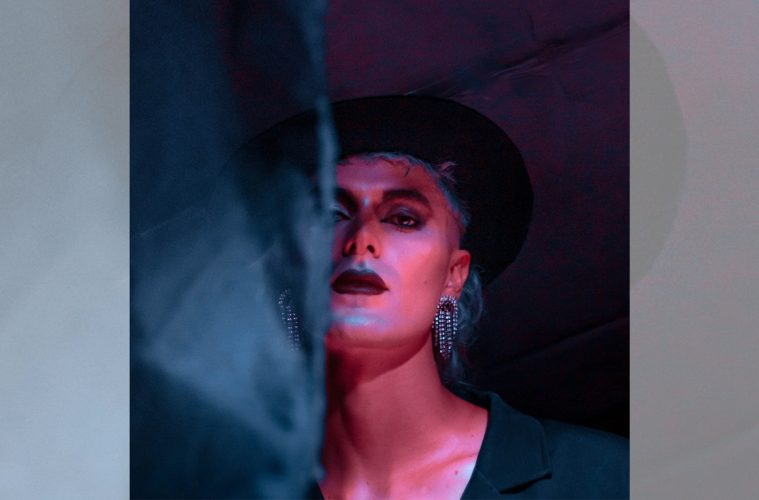 Slowly and steadily “Nightshade” fades in. This transforms into an emotive melodic passage which leads before the music switches to something easy and comforting for the verses. LAVRENCE’s vocals now kick in. He’s asking and inviting; He’s letting you into the world he’s putting forward.

A brief passage ushers in the earlier emotive passage which is accompanied by a call to “Shine brighter”. The passage then effloresces into “Nightshade”‘s chorus.

At this point the song becomes more open in a sense. Emotional release and joy is overt; at this point it’s time to embrace passion and celebration.

“Run run, I can see you running away” LAVRENCE states. There’s no need to hide. There are times for shyness but now is not one of them. Now is the time to embrace yourself and who you are a bit more; After all, that’s when you’ll shine much brighter.

The returning call to do so that follows stretches out more than before, giving more time to build up to the choral release. It seems both a bit more tender and a bit more confident. Perhaps it is due to having a little bit longer to feel the moment.

Once more the chorus comes in and now it feels more open, cathartic and celebratory than the first time around. It’s closing the song and so its gladly giving that extra oomph. In its final seconds, as “LAVRENCE” repeats only part of the chorus, the song seems so much more emotional than before. It’s quite touching.

Despite having a “louder” chorus, “Nightshade” remains pretty light and perhaps a little bit thinner than what you’d normally get from a song with this kind of energy. This works well as all the passion comes forward quite a bit more than if the song was fuller.

The piano notes work nicely as a sort of punctuation; the beat stays steady and moving. The melody has a good deal of layering to pump it up and bring it down when required. It’s as punchy as it needs to be when it needs to be.

LAVRENCE’s vocals carry all the passion and drama as he so easily delivers, but there’s a bit more… well, it’s not quite restraint, but there certainly is a bit more reduction. There’s still confidence, but the delivery is softer. Along with the melody and sounds, it works.

So “Nightshade” is all rather simple and effectively engaging. The message is straightforward and clear, and the music and vocals work well in getting that message across without it becoming overbearing. It’s quite a lovely song.