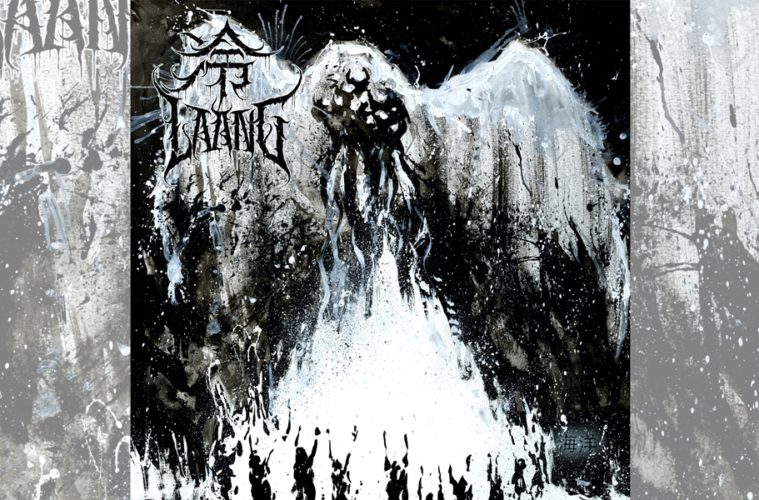 Laang 冷 is a pretty appropriate title for this artist and by extension the project. Hǎiyáng 海洋 is a rather cold album. It is also quite raw. I’m guessing that the reason why there’s two forms of the same language used for each title is as a pronunciation guide.

Hǎiyáng 海洋 starts with “Chāoyuè Dìyù 超越地狱”, a mostly your standard album opener for black metal-influenced music. It’s ambient, somewhat-ominous and works well enough. The guitar and drums don’t wait for the second track to kick in. Instead they come in toward “Chāoyuè Dìyù 超越地狱”‘s end.

From there the majority of Hǎiyáng 海洋 delivers overdriven guitars, pounding drums, screamed vocals and a number of other instruments that lead to a strong atmospheric and direct sound. There is another song that is less direct and serves of a lead in into a more direct one, but otherwise Hǎiyáng 海洋 stays loud and abrasive.

A lot of the reason as to why the album is as direct as it is is due to the vocals. For the most part the vocals hit the mark spot on. In many ways Laang 冷 sounds pained and tormented in a way not often captured well. The way he screams sounds like he’s shredding his vocal chords. However, considering the subject matter, the vocal style makes for a good fit. If done in another style of screaming and there would be less of an impact.

On “Jī 羇 ” Laang 冷 makes use of another’s – Heathen’s – vocals. Heathen’s approach is much more traditional and he does a decent enough job. The delivery matches the music well and it adds a different form of expression to the song. That said, his intensity comes off less about the expression and more about the delivery. However, the song is no less intense.

Most of Hǎiyáng 海洋 flows well enough, but there are issues.
“Shēnyuān 深淵” comes off as though it has a second song placed into it. Normally this wouldn’t be a problem but the shift is really rough. The shift should lead to the variation feeling like a natural part of the song, but it just doesn’t.

“Yān 淹” out-and-out does not belong here. The lyrics are fairly downbeat but the melody following trampled ground dissipates its own power. Aside from lyrically, “Yān 淹” doesn’t work with the rest of the album. It sticks out like a sore thumb and drags Hǎiyáng 海洋‘s quality down.

Whilst the atmosphere is strong and works in the album’s favour, at times a number of auxillary sounds stick out in a way they shouldn’t. They clash harshly with the song’s main bodies due to how cheesy they come off. It’s almost as though these particular auxillary sounds are there to enforce the mood; instead they pull away from it.

Outside of that, there’s not much else to say. Aside from the aforementioned issues, the songs generally work pretty well, and overall Hǎiyáng 海洋 is a decent, if flawed album.