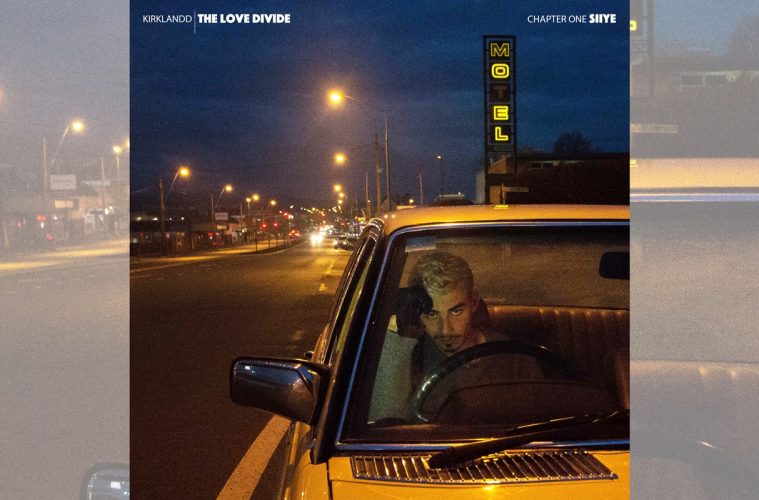 So Kirklandd recently announced a trilogy of songs known as The Love Divide and “SIIYE” is what kicks it off.

Despite “SIIYE” being mostly electronic-sounding in nature, there’s some guitar work reminiscent of The Cure that, along with the rest of instrumentation, gives the song a (sort of) new romantic feel. Outside of the guitar, there’s some shuffling beats and “pulsing” sounds. As far as the underlying instrumentation goes, it’s all quite minimal and in a sense quiet. There’s no big bursts of noise, no big verses or choruses. It’s simple stuff that comes together nicely and effectively provides a driving rhythm; it doesn’t need to be any more than that and that’s fine.

Lyrics (as far as I’m aware) about longing, pain and ideas of what love is from a personal perspective dominate the vocals. The lyrics firmly entrench themselves within the realm of standard-fare, but the delivery handles them really well; Flowing lines with pauses all in the right places, allowing just enough space to stop the words becoming a mess without killing momentum. In a way it preserves clarity whilst shifting focus toward the expression and away from the words themselves.

Unfortunately the vocoding does diminish the emotional impact a bit more than it should. As far as surface, it fits the song as its something with its own electronic flavour, but it takes more than it gives. It would be interesting to hear the vocals without processing; there would be a little less of an electronic feel, but the emotional aspect would have more of a chance to create a connection.

Aside from that, “SIIYE” is fine enough as a song. As the first song of The Love Divide it’s probably a fitting introduction. However, until the entirety of the trilogy comes out, it’s hard to work out its effectiveness. On its own it’s quite straightforward and “in your face” in a non-abrasive way. It’s not anything amazing, but it’s not aiming for amazing and that works in its favour. If this was some sort of grand proclamation then it just would not have worked. Instead it’s a short, small and minimal in a pleasing way.