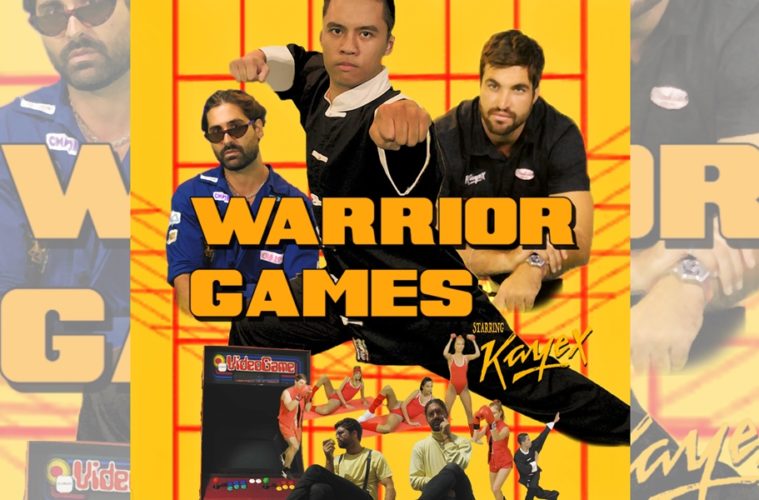 KAYEX are a duo. They are a duo that makes electronic music.
KAYEX are from Sydney by way of other cities. They’ve released a few songs at this point. They’ve now have released “Warrior Games”, which is a new song, unless it is not a new song but one that they made less recently. Then it would be an older song for them, but a newer song for us.

The verses are much softer in comparison to the choruses which see “Warrior Games” take on a bigger sound and feel whilst avoiding becoming overblown. The two sections fit in nicely with each other and lead to an easy flow for the song.

The vocals hold a kind of whispered quality. It sounds like they’re being sung softly; the effects layered onto the vocals increase their softness a great deal. Consequently every sung line sticks to a narrow range. Due to this the delivery is fairly consistent and works well for the song’s gentle nature.

The lyrics work decently enough, but are a bit wobbly. There aren’t many lines and they give enough space for the melody to come forward. However, lines such as “The higher the stakes, the sweeter the grapes” end up sticking out like a sore thumb; especially seeing as they’re followed by “Pop on the brakes and I’m killing the rage”. The former gives a good idea of what KAYEX were trying to convey, but the line seems a bit too silly. The delivery also doesn’t help make the line better and instead draws more attention to it. In the latter the line and the delivery both work better. It’s not exactly a fresh lyric, but there’s a bit more of a cleverness to it. The delivery also slots in really nicely with the line’s meaning, giving it more strength and power.

Ultimately the lyrics being somewhat off the mark is only a minute issue as “Warrior Games” makes for a fun tune. It’s a bit of fine light pop that’ll work well in to pull you into one of those ‘feel good’ moments in a live setting. It’ll be good to see if this song fits on an album, but it’s nice on its own.