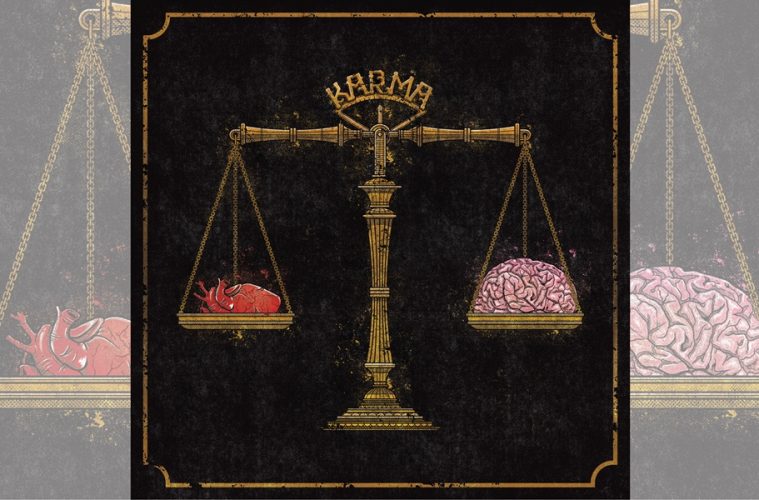 Karma is a bitch; At least that’s what they usually say when referring to some sort of terrible
event or misfortune. For a new Sydney band, that is not the case.

Karma is the brainchild of Daniel ‘Denver’ Soria (Utero, ex. Hearts Like Wolves). It’s a metalcore
project from the Sydney’s western suburbs. Having just dropped a self-titled five track EP, Karma are – in their own way – seriously proving the old adage to be true, because this record is bitchin’.

Karma is relentless from start to finish. It blends the extremities of deathcore, hardcore, djent, nu metal and even black metal with Denver’s raw and uninhibited vocal range. Whilst teetering on the far end of the progressive scale, EP is something entirely unique in its own right. It’s also familiar enough to maintain a cohesive sound throughout.

Produced by Denver and Jono Peters, the production is keen and precise. It makes the songs Bone-crushingly heavy, stridently dissonant and hauntingly ambient in all the right places.

“Doomguy Says What?” forcefully ushers in the EP with thumping toms and synchronised chugs.
It’s a three-an-a-half minute no-holds-barred assault of caveman slam. The song boasts the first of many enjoyable djent bend breakdowns, as well as clever use of panning and enveloping, creating an almost ASMR effect in the pre-chorus.

“Send’em To The Ranch” sits comfortably in Karma‘s middle. The song showcases the band’s eclecticism by creating a despondent atmosphere, laden with gloom and reminiscent of Issues-era Korn. Denver plays off of this with skill, delving deep into introspection and delirium with unsettling whispered vocals. It makes for a strong contrast against his unfettered screams.

Denver’s range of expression is what really sets Karma apart and diverts it away from the pit of generic metalcore that some other releases inevitably fall into. Lyrically, Denver broods over inner demons, hubris and reciprocity, executing genuine emotion with anguish and aggression.

Overall Karma is unapologetically heavy. It’s an EP that has the meticulous precision of metalcore and deathcore, but also an intrinsic flow, fusing grooves and discordant leads typical of nu metal into the mix. Karma has burst onto the heavy music scene out of nowhere and dropped an incredibly solid debut. It has firmly cemented them as a group to watch with intrigue.