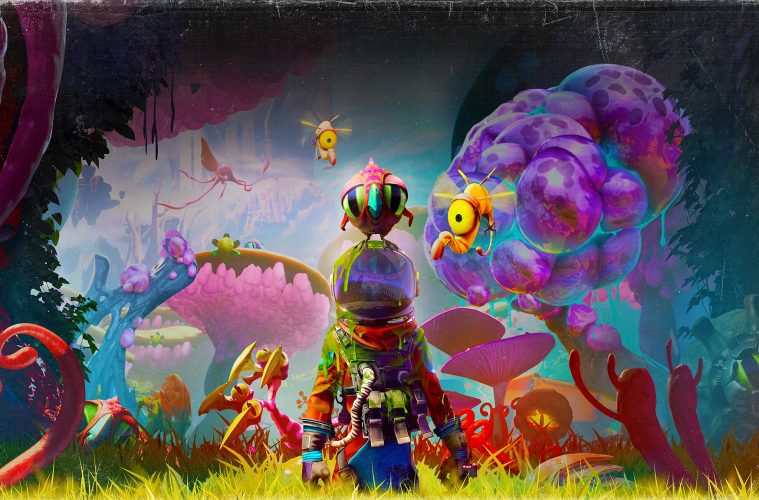 Journey to the Center of the Gaming World

From the outskirts of Melbourne to the top of the gaming industry, an insight into Australian game designer Alex Hutchinson. 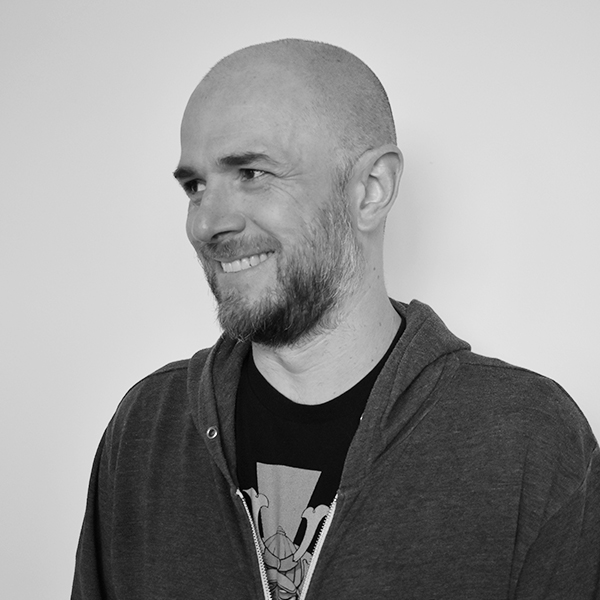 Alex Hutchinson is on a hard deadline.

He is just shy of a month before the January 28 release of Journey to the Savage Universe, the first title to be released by the new company he co-founded, Typhoon Studios.

“Finishing games is always an experience, I don’t know how they ever get finished, but they always seem to.  It’s a mystery, something that the ancients I’m sure puzzled over.”

I joked back at him about the ‘ancients’ sweating over finishing their cave painting before deadline.

He responded with a hearty laugh that he claims with Aussie pride is always the loudest in the room.

“We’ll never finish this cave,” he said.  “The weather’s going to wash it away anyhow, what’s the point?”

In the fast-paced, ever-evolving and super-booming video game industry, Hutchinson doesn’t only finish games, the titles he has directed over the last twenty years are some of the most critically acclaimed and commercially successful in the history of the business.

His resume, along with a recent colossal break that Typhoon received even before their first release during the writing of this article and there’s little worry that his work will be washed away anytime soon.

It was timing and performance,  work-ethic, and early encouragement by both family and a first colleague that took the East Brunswick son of a successful writer to the top of the gaming world.

Twenty years of work directing some of the most commercial and artistic successes in the biggest entertainment industry on earth, Hutchinson is one of the most respected artists Australia has ever produced. 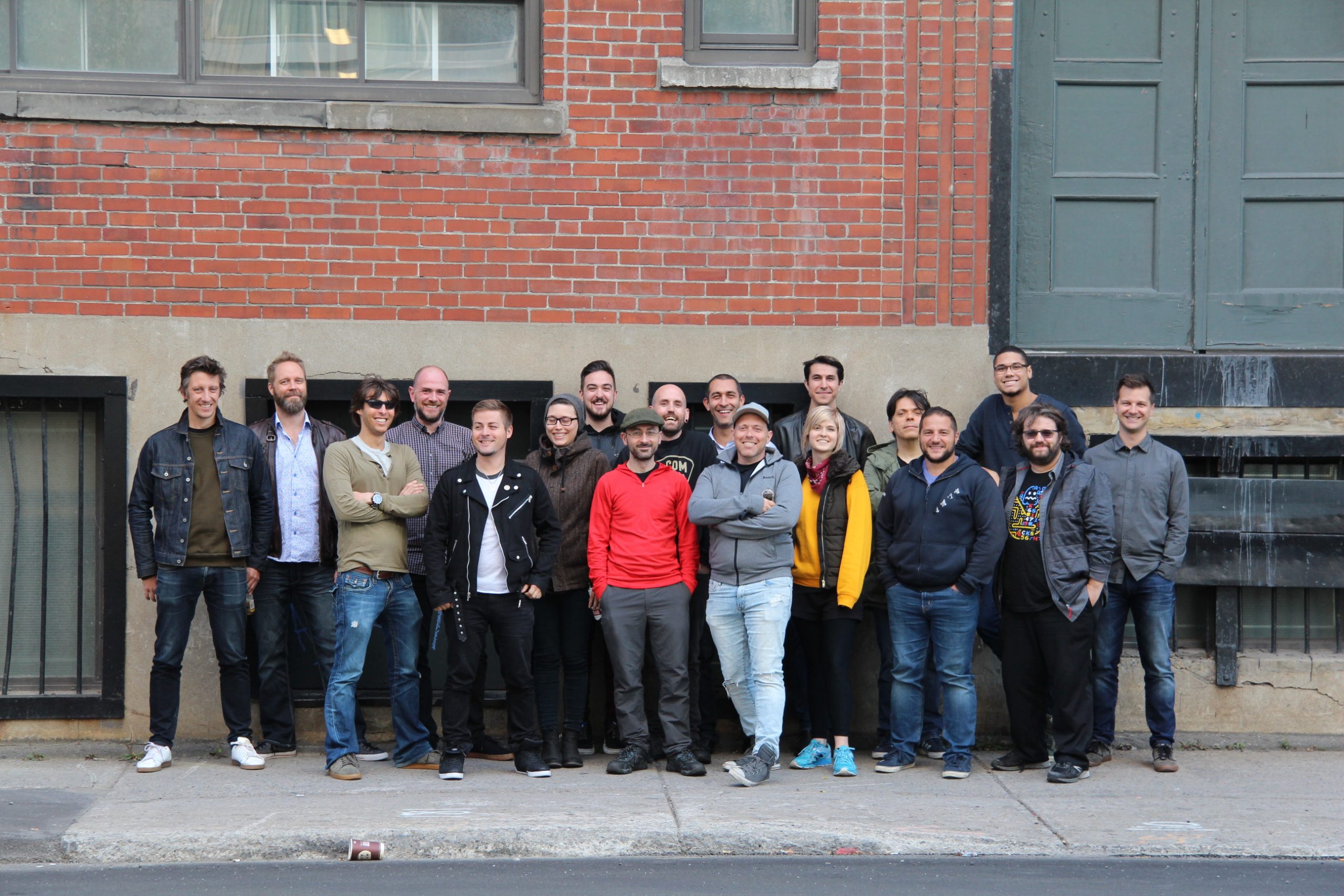 “I grew up in a very literary household,” he said of his upbringing.

Born in East Brunswick, his mother, a teacher and social worker and his dad a writer for the theater and author of several books, both encouraged his affinity for video games at an early age.

He described his dad Garrie as a bit of a “gadget head”, encouraging Alex’s interest in technology and videogames began by purchasing a Colecovision when he was six or seven, then the original NES, then the Amiga, and on and on until Alex could afford his own console.

He said his mom liked getting him games for Christmas because she knew he’d use them, but had second-thoughts when she couldn’t get him to stop playing.

He chose not to take the traditional route of learning to code or training in the medium of digital art.  He began in the video game business by writing game reviews as a teenager, mailing them snail-mail to Melbourne and UK magazines, his first being published at 16. 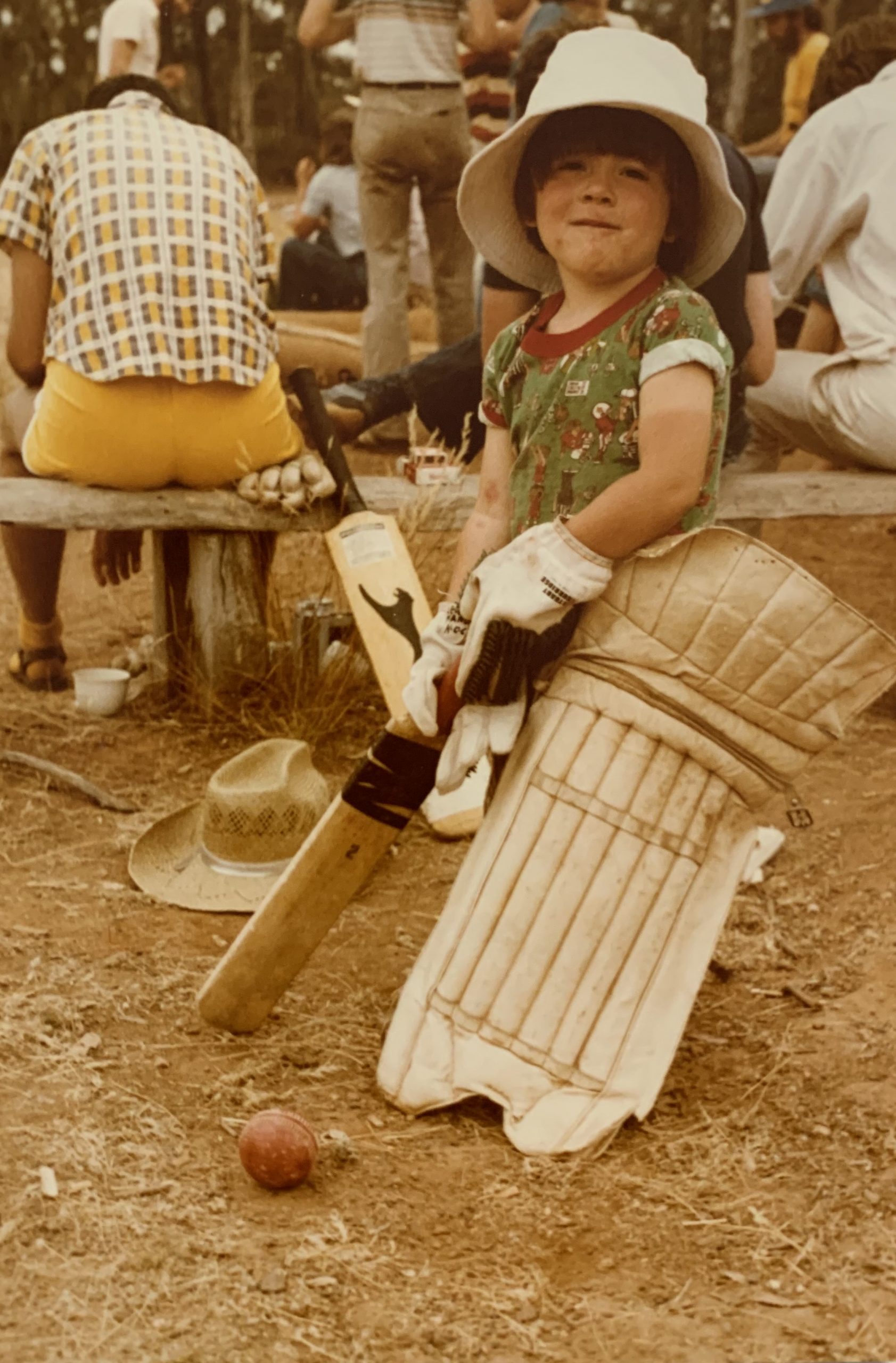 He really didn’t know what he wanted to do when he started his undergraduate studies at  Melbourne University, and chose Archeology because it interested him.  Realizing his natural inclination was towards fiction and creative writing, he then obtained a Master’s in Creative Writing.

After college, he assisted his dad on a book on Australian Rules Football, and continued his writing covering culture and games for magazines and newspapers.

Then he saw that Torus Games, at the time a small game-design company on the outskirts of Melbourne, was hiring.

His timing could not have been better for someone looking to work in the industry with no experience or skill-set for game design.  The gaming world was still in its infancy, so he wasn’t competing with people who had decades of experience. A small independent company that designed mostly titles for the game-boy, hired him for an entry-level position.

“I can’t program and I’m not a [traditional] visual artist, so I thought there was little-to-no chance for me getting in there,” he said.   “I didn’t even know what producers or designers did.”

He compared it to jumping into the deep-end, that old sink or swim mentality.
He worked on a team that knocked out game-boy games like Minority Report and Iron Man at the breakneck speed of 3-4 months a piece. He learned the entirety of the production cycle hands-on, and also made a connection–that word that goes hand-in-hand with location and timing along with talent and verve that tend to lead to the age-old key to the kingdom– and it propelled the trajectory of his career to this day.

Reid Schneider was working as an executive producer for Electronic Arts Los Angeles, traveling back and forth for business the company had with Torus when he first met Alex.  Their fortunate meeting changed gaming history.

“It probably had something to do with the fact that he’s so loud, it’s unavoidable,” Schneider wrote to me when I asked them about that first meeting.  “All kidding aside, he seemed to be like someone who had really good ideas, and an ability to get others excited about them. In our business, especially in game design, it is not enough just to have the right idea.   It’s imperative that the person behind it can get others behind it and ideally have them to contribute to it so it becomes their own.”

That first impression led Schneider to recommend Hutchinson to Electronic Arts’ (EA) subsidiary Maxis, who was looking for a lead designer for The Sims II.

“I caught a good break, they had a lot of growth and were doing very well financially, so Reed imported me to California,” Hutchinson said.  “It was good timing.”

He got the job, and his work on The Sims II led him to be hired as a director of Army of Two: The 40th Day, and then lead designer on Spore.  All were critically acclaimed and massive commercial successes.

For Hutchinson, he had been catapulted from the club to the arena, and the gaming equivalent of the Melbourne Cricket Grounds would be his next venue. 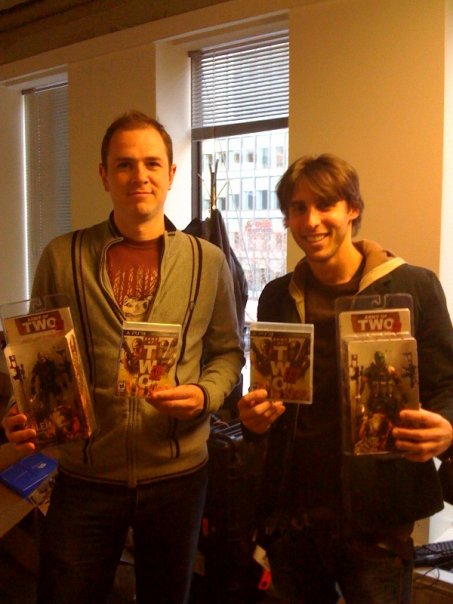 Alex Hutchinson (left) and Reid Schneider clutching the pre-release copies of their game ‘Army of Two: The 40th Day’ in the EA Montreal offices in December, 2009.

He had left EA Los Angeles and relocated to EA’s Montreal office to work on 40th Day, which is also the home of Ubisoft Montreal.   With a staff of 2800 across four adjacent offices, Ubisoft Montreal at the time was the largest video game studio in the world, and they were interested in Alex’s work.

“They rang up and said there was an opportunity on Assassin’s Creed III so that was exciting to jump in there, learn a new company, get into console action development which is really where my heart is, and go from there,” he said.

ACI and ACII had sold 17 million copies, and the series is revered as one of the best gaming franchises of all time.

A call from Ubisoft in 2012 to direct AC III is like George Lucas calling to ask if you’d man the helm for Empire Strikes Back in 1979.  The universe, style and audience was there, are you ready, young Skywalker?

38-years-old at the time, Alex saw it not only as an opportunity of a lifetime, but also as a challenge, Ubisoft being the gold-bar standard when it comes to historical realism and detail.

“One of the reasons I wanted to work on an Assassin’s Creed game was its devotion to history. It sets the game apart and creates a lot of interesting challenges and opportunities if you try to stay true to the historical record and then find those blurry or undocumented areas where you can sneak in the fictional narrative without disrupting the basic facts,” he said, echoing his undergraduate days studying archeology at Melbourne University.

ACIII’s lead character is half Mohawk, half English, and Alex is no stranger to the divisiveness that can occur when depicting aboriginal characters in fictional narratives.  He worked closely with the local Mohawk community in Montreal to make sure they got it right.

“Our depictions of Native American culture at the time were as accurate as possible and we worked over-time to find it.  While our character was obviously fictional, we wanted the world he inhabited to feel as real and grounded as possible. It was one of the most satisfying parts of the project to be honest.”

ACIII was a success, and was recently remastered and released in March of 2019 due to continued and sustained interest.  He followed it up by directing another hit with Far Cry IV.

Alex has been admittedly lucky with the timing of his entrance into game design, but he’s careful to add that it is also the projects he chose to work, and the ones he turned down,  that brought him this far. Not to wear out the movie metaphor too much, but think Nicolas Cage choices of starring roles versus that of a say, Daniel Day Lewis.

With the exception of ACIII, Alex has attempted to stay away from games that rely too heavily on narrative.  The Sims attempted to make a realistic (and satirical) game about day-to-day life.  Spore allows the player god-like control of the development of a species from microscopic organisms through the stages of evolution to eventual interstellar exploration.  Even with the classic lock-and-load rampage of Army of Two: Forty Days, he added a unique morality feature in which players make moral decisions that affect the story of the game.

“People are becoming more confident that interactivity is the unique element in games and leaning on that as opposed to attempting to be a poor movie or a poor tv show is wiser.  There are still narrative games that are successful, but the new frontiers are in game play and how that creates a narrative in the players mind,” he said.

“It is about enabling player choice and allowing them to tell their own story that is the most important thing.”

That is one of the reasons he chose to leave Ubisoft and branch out with Reid, who had collaborated with him many times at this point, and Yassine Riahi, both whom left Warner Bros. Montreal to co-found  Typhoon Studios in 2017.

Their first title, Journey to the Savage Planet, is scheduled for release January 28.

“I have a love of golden age science fiction, and the idea of embarking on an adventure is a goal in and of itself.” 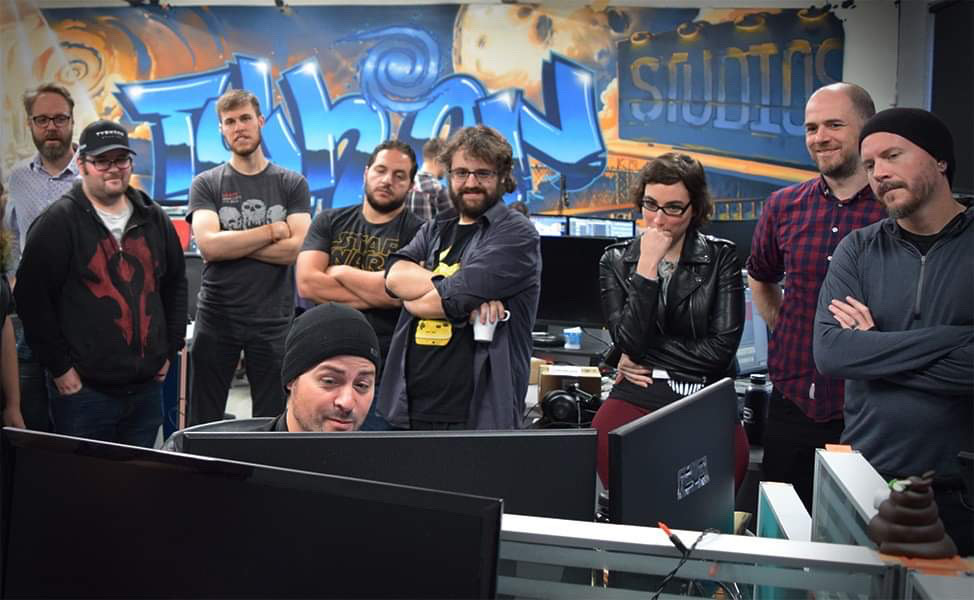 Here’s how he described Journey to me.

You work for a company called Kindred Aerospace who are very proud to be the fourth best interstellar space exploration company, and they dropped you off on to a random planet with the goal of exploring it and cataloguing to see if would serve as a future home for a human settlement, and then everything goes wrong. It is a co-single-player first person adventure game, its very bright and colorful an earnest satire, the further you get the more you realize its sort of a dark twist to both your employer and the world.

When I interviewed Alex a week before Christmas he told me there would be big news coming in the next couple days that he couldn’t talk about.  Watching the gaming news as I write this I just read this headline on Venturebeat: Google buys triple-A game dev Typhoon Studio to beef up Stadia.

When I asked him if he could talk about if there is anything about his Australian identity that has served him now seeing he’s been an expat for twenty years he replied:

“I think the sense of humor is very Australian and the distrust of authority,” he said.  “That and the laugh, the volume of the laugh, at least that’s what the Canadians and the Americans tell me.”

The tech and financial capital that Google provides will bring the strongest of winds at the back of the man who was once the East Brunswick kid mailing in gaming reviews, and it will be an  adventure to see what his future endeavors will behold.