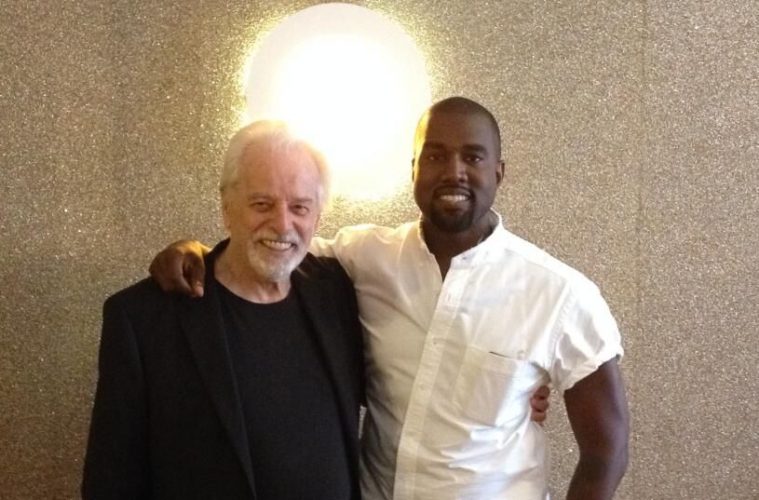 Everyone needs something uplifting to get through the 2020 Quarantime. The Sunday Service Jesus is Born album is exactly that. The Sunday Service Choir was assembled last year as the backup to Kanye West’s weekly “Sunday Service” praise music performances in Los Angeles. As the Biblical prophecy of Revelations gains substantial footing in 2020 America, a little positive, god fearing, black music suddenly feels right on time. The album is a funky reinterpretation of Kanye’s most recent album, Jesus is King, as a gospel album. The music straddles the line between gospel and hip hop just enough to make believers out of the most secular of Kanye’s fans. Kanye West is no stranger to religious music; his freshman album The College Dropout, brought Kanye’s religious roots to the surface with the hit single “Jesus Walks.” Since then Kanye has had a lot of blasphemous moments in his life, as evidenced by interwoven lyrical references to strippers, drugs, clubs, and many more slices of The Devil’s pie — it’s all in the music.

Kanye’s most recent “Sunday Service” revival shows have become sought after; the exclusivity of the rapper and self-appointed spiritual leader is akin to another artist whose worldwide appeal has been dubbed by some as cultish. Filmmaker, author, and spiritual healer, Alejandro Jodorowsky has been leading his own brand of healing sessions in Paris every Sunday for decades. A single meeting between the two men indicates that Kanye’s new religious movement is likely inspired by that of Jodorowsky’s spiritual healing practice, “Psychomagic.” Psychomagic, also the subject of Jodorowsky’s 2020 documentary of the same name, is intriguing on a bored afternoon, and absolutely all-encompassing when piqued with curiosity. Jodorowsky has made headlines for a number of outlandish career moves, perhaps most well known for his attempt to make a Hollywood adaption of the science fiction classic Dune, detailed in the documentary film Jodorowsky’s Dune (2013). Yet, Jodorowsky’s library goes much deeper than a failed attempt at making a Hollywood blockbuster.

The multi-hyphenate has made a name for himself several times over with his avant garde filmmaking and storytelling techniques responsible for producing tour du force art films that have reshaped the minds of every genre–bending, envelope-pushing artist, including Kanye West. Jodorowsky’s work resurged about a decade ago, when his work from the 70’s was featured in several South American film festivals. The most popular of his films, the didactic menagerie of shocking religious imagery, The Holy Mountain.

The film begins with a scene of Jesus, his face covered with flies, being awakened by a quadriplegic man. The man then produces a joint which he smokes with Jesus. It continues to follow the prophet as he observes conquistador soldiers parading through the streets raping women in the name of God. Later the same soldiers get Jesus drunk until he loses consciousness, awakening to discover his likeness is being commodified in effigy. The themes in Jodorowsky’s work are common in many critiques of Latin American culture and politics, but the way the auteur crafts these shocking cinematic images, relentlessly challenges the social norms of the Christian Religion. Jodorowsky’s Jesus proceeds to walk the earth in a journey of self discovery. He explores other forms of faith before arriving at an assembly of the spiritual leaders of the world’s major religions. The meeting culminates in a sacred reading of The Tarot, an integral part of Jodorwsky’s personal spirituality. The artist has authored a book on the subject, as well as contributed to the restoration, by hand, of the original etched wood plates that comprise The Tarot De Marseille.

Genre-defying work has established these two acclaimed artists as leaders, recognized by many as the finest and most original artists of their respective crafts. In fact the Jesus is King film released by Kanye with his last album of the same name, looks very much like a 2019 redux of several scenes from The Holy Mountain itself. Kanye’s “Sunday Service” ritual concerts, however, are just one indication of the influence that Jodorowsky has had over Kanye’s work. The Holy Mountain specifically was a model for the multifaceted theatrical performances of Kanye’s “Yeezus Tour.” Despite only meeting once, Kanye has developed a fascination with Jodorowsky and the elder artist has served as one of Kanye’s greatest inspirations.

In 2013, Kanye’s music deepened its connection to the Christian faith when he released the Yeezus album, complete with Kanye’s powerful instrumental compositions and a track titled I Am A God, which is only the most direct reference of many, to Kanye as the second coming of The Savior. The Yeezus album changed Kanye. It was a new brand of music that tore through the pop music charts and established that Kanye West was more than a rapper, he was an artist

Kanye released the video for the track New Slaves in 66 cities across the globe emblazoning his face on the wall of iconic fashion and art institutions around the world. He began to shift his own identity toward that of a multi-faceted artist. Shortly after, he released his “Yeezy” sneaker line and began focusing further on design and architecture, as well as continuing to mold his identity as a religious icon. Sometime during or shortly after the recording of the Yeezus album, Kanye West, filmmaker Spike Jonze and a small entourage of colleagues were in Cannes France, and made a bold move to connect with Jodorowsky. West tracked down his great inspiration at his hotel in Nice, and arranged the only meeting between the two on record to date.

The entire meeting is recounted by Jodorowsky himself in a YouTube video posted by the British Library in 2014. Jodorowsky describes his irreverent reception of Kanye, of whose existence Jodorowsky insists he had no prior knowledge. This anonymity a stark contrast to the swarms of fans and media coverage usually surrounding the pop star rapper. Jodorowsky approaches everything with a purity — a natural curiosity that invites the potential in all things— and this rare moment was no exception. Jodorowsky sat down in the meeting room of the Negresco hotel in Nice, and bluntly asked, “What do you want?” Jodorowsky’s narration maintains his nonchalant attitude towards meeting Kanye, and he explains that Kanye himself seemed unsure of what he hoped to gain from the meeting. What he gained is evident by studying the relationship between the two artists’ work. Jodorowsky mentions in his description of the event, that Kanye referred to him as the “genius” that “inspired the Yeezus Show,” and that Kanye was grateful to meet him. Many fans and artists alike, would be full of awe and appreciation to sit down with Kanye West; but in a rare inversion of power dynamics, here was Kanye sitting down with Jodorowsky more as a fan, than a creative collaborator. Jodorowsky, feeling he had nothing to offer the superstar in his presence, eventually leaned upon his universal way of connecting with the world: The Tarot.

The reading of Kanye West’s Tarot by Alejandro Jodorowsky is one of the most beautiful meeting of giants in the world of art. This is Malcolm and Martin, on the steps of the U.S. Senate or Luis Buñuel and Salvador Dali on the set of Un Chien Andalou. This is what Andy Warhol and Jean Michel Basquiat shared in the west village of New York City for years, in one beautiful evening. It is a moment in history that represents untapped potential; unrealized by the natural ebb and flow of the world, interrupted by temporal restrictions, geographic inhibitions, or conceptual shortcomings in awareness — until it is too late. Jodorowsky himself, when describing his meeting with Kanye says “it was very surreal.” The surrealist filmmaker, who worked with Salvador Dali when the painter was still alive, follows with an anecdote from his days with Dali. He explains that Dali deemed his own ideas “gifts”, and he promised that one day he would give three ideas, as gifts, to anyone who would pay him $1000 a day as an actor. Jodorowsky fell in love with this concept of “ideas as gifts” and claims he gave such a gift to Kanye, although he leaves the actual idea he gave Kanye out of his narrative. It is clear that Jodorwosky’s film The Holy Mountain was an inspiration for the Yeezus Tour. Since then, which of Kanye’s many fantastical ideas did Jodorowsky pass on to him with a whisper in his ear? We will never know. Maybe he recommended Kanye make his work more spiritual; maybe he recommended Kanye assemble a choir and begin leading Sunday Services; or maybe he gave Kanye the idea to buy over 100,000 acres of land in the Wyoming desert to build architectural masterpieces that will serve as free spaces to help people “get out of the box” and have more “flow.” Or maybe he suggested Kanye West run for President of The United States of America.

Jodorowsky would purport, the answer lies in the tarot. The three cards chosen for Kanye West further illuminate both Kanye’s work and that of his mentor. In the Youtube video, Jodorowsky narrates, “I put [down] three cards, so I can know what I can give to him. Here he had the Sun, a very luminous card; and here he had the Magician, who has in his hand a little sun, a little yellow center. I said to him: ‘You have the sun in your hands, maybe you can do what you want. But, who are you?’ Le Mat. The Fool. Incredible, right? And then, ‘Where are you going?’ The World. The 21. It was so beautiful. A beautiful Tarot. He was very moved. I’m not lying, it really was that beautiful.”

What is better than knowing the moment shared between the two gallant artists, was a moment of beauty? The reading of the tarot not only detailed Kanye’s potential, but also left Kanye with a blessing from Jodorowsky, the man from whom he derives so much of his guidance, both spiritually and creatively.

The Sunday Service album, Jesus is Born, continues to uplift during this time of shifting paradigms, innumerable deaths, and unanswerable questions brought about during the outbreak of the virus and subsequent political uprisings. May we all praise Alejandro Jodorwosky, the man responsible for bringing the spiritual light to Kanye’s work, and eventually pushing him towards sharing that spirituality with the world. Whether Christian, Muslim, Buddhist, Atheist or otherwise, there is something in the music that moves us, something more than the choir sung lyrics about Jesus, there is something surreal about living in 2020 and Sunday Service is just the soundtrack… at least until God’s Country, the most Jodorowsky-esque of Kanye’s work yet.

See you at the Polls America!