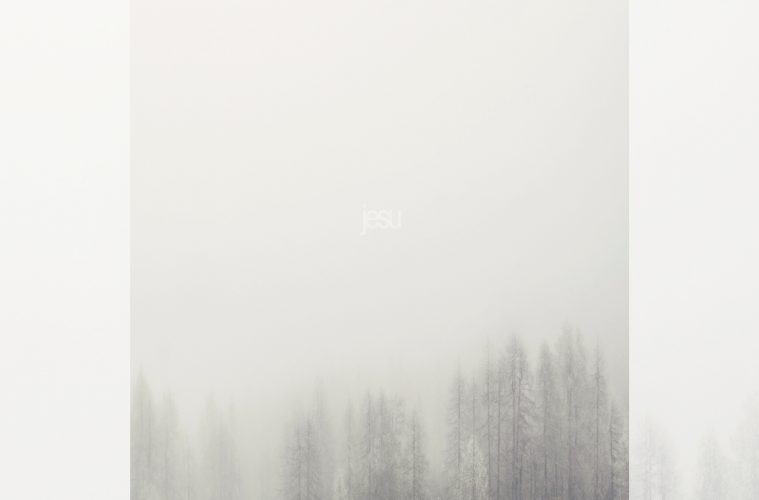 When Jesu’s Terminus came out I listened to it once. I felt that once was enough; everything the album had was plain to see. Despite how emotionally affecting it can be in places, the album had little to offer. As far as Jesu went, it did not present itself as Justin Broadrick’s finest hour.

I didn’t revisit Terminus for a while as there were other things that I needed to cover and, to be honest, I just felt that it wasn’t worth the time. In no longer postponing the inevitable, I’ve found that there are some interesting things going on with the album, but it feels like an identity crisis.

Generally the stronger stuff is more experimental. “Alone” feels like this dreamy, gliding pop thing that, even though (relatively) energised, doesn’t compromise on its expressiveness. “Consciousness” has a detached, vague and fragile sound that works well its ethereal atmosphere. “Give Up” closes the album with this sort of welcoming, enveloping sound that comes off as sentimental, accepting and soothing.

“Don’t Wake Me Up” also feels dreamy, but it’s on the more on the gentle and relaxed side of things which almost feels deceiving due to the nature of the song’s lyrics. Toward the end it shifts into something a bit more climactic and cathartic, but still feels dreamy as it retains its muted instrumentation.

The experimental songs sound and feel more inspired than the others on Terminus, in part due to their doing something with mood and atmosphere whilst also remaining lean and fully developed. “Don’t Wake Me Up” oversteps a bit, but generally thee others feel the right length; they don’t overstep, they don’t waste time, they don’t feel bloated.

Terminus is at times slow and rather sombre in places, but it’s not trying to beat you down. However, the more straightforward feels like it meanders and stretches for length rather than warrants it. “Terminus” draws both of its halves out too long; you could argue that it needs to due to the emotional journey of some sort of realisation and acceptance, but you could also argue that the journey ends before the song. “Sleeping In” feels like a winding down and transition from “Terminus”,  and works well in this capacity. The shift from guitar-driven to synth-driven helps ease into the remaining songs, though once more it excessively drags itself out, diminishing its impact.

“Disintegrating Wings” sounds similar to “Terminus” and “Sleeping In”, though much more lullaby-like. It’s calmer, quieter and gentler, and holds some rather cutting lyrics. It’s pleasing, but its being between “Consciousness” and “Don’t Wake Me Up” makes it feel like it offers little that the other two don’t do better.

“When I Was Small” opens Terminus really well, being familiar and yet different. Much of the album focuses on mood and atmosphere over anything else, leading to an often somber and sparse feeling. “When I Was Small” gets this across effectively. Unfortunately the shift toward its closing segment feels awkward and forced. Perhaps it’s offering a lightness of sorts, but it doesn’t quite pull it off.

The thing is, broken up into parts Terminus works; especially with the lengthier stuff which feels more justified and ends up flowing better with the other songs. As such, as a whole the album feels a bit directionless. Parts of it feel more like an extension of Opiate Sun and Ascension, whereas other parts feel like a progression of Jesu both in terms of meaning and sound. It’s as though Justin Broadrick wanted to put these songs out, but wasn’t exactly certain as to how. Sure, in terms of themes they fit, but in the context of an album too much drags.

That said, the atmosphere of Terminus works well. The songs carry emotion well and the album’s overall calmer, quieter sound helps to carry the feeling that its reflective. There’s good stuff here, and as a whole it’s better than so much out there. However, perhaps it would’ve worked better as two releases rather than one.