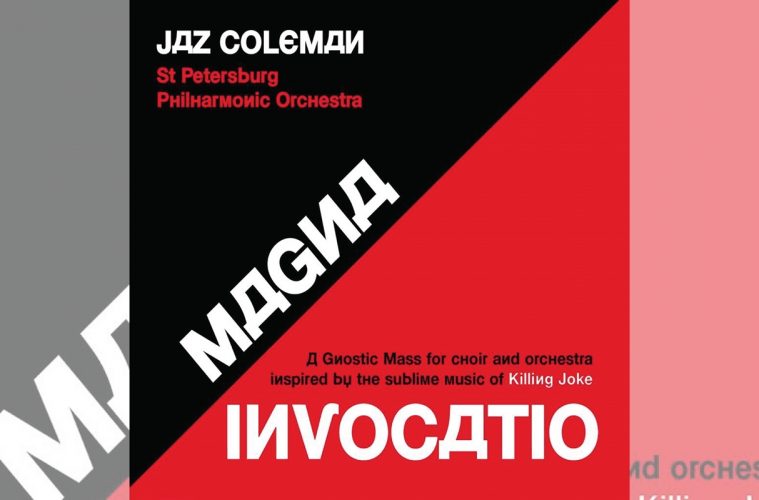 Jaz Coleman: Magna Invocatio – A Gnostic Mass For Choir And Orchestra Inspired By The Sublime Music Of Killing Joke

As its title partially suggests, Magna Invocatio features Killing Joke songs reinterpreted as orchestral pieces. Considering Jaz Coleman both fronts Killing joke and is an established composer it isn’t too surprising that he eventually looked to rework the former into the realm of the latter.

As far as reinterpretations go, this one might work better if you’re familiar enough with the original songs. Might. The songs remain recognisable but there’s a great deal of translation that went into them which allows for appreciation detached from the source material.

Often the songs seem to focus more on the gently dramatic rather than going as all out as possible, lending a calmer, more meditative quality to the album. “The Raven King” is thoughtful in how it handles its sense of tribute through soft, though clear swelling and waning. “In Cythera” carries a strong feeling of longing buoyed by a sense of comfort and perhaps acceptance. At points it rises, but the song is more willing to keep things low and let itself permeate.

That said, there is room for the overtly heavy. “Invocation” is massive, intense and expansive whilst avoiding becoming overbearing.”Into The Unknown” sounds quite aggressive and urgent. It rarely lets up and keeps the pressure on the whole way through.

On the surface Magna Invocatio works well enough. Jaz Coleman’s decision to work with The Saint Petersburg Philharmonic Orchestra was a decision that paid off; they bring a lot of rich texture to the compositions and elevate a few parts  with a sense of grace. They sound passioante and driven, and handle the material with ease. The songs flow on their own and as an album well, though the whole thing does feel long in places.

The thing is though is that this album is not much of a surface album. It requires repeat listens to get the most out of it, which now that I think about it isn’t saying much. However, it’s difficult to say much about Magna Invocatio without taking away from what it provides: a highly rewarding, and in some ways affecting experience.