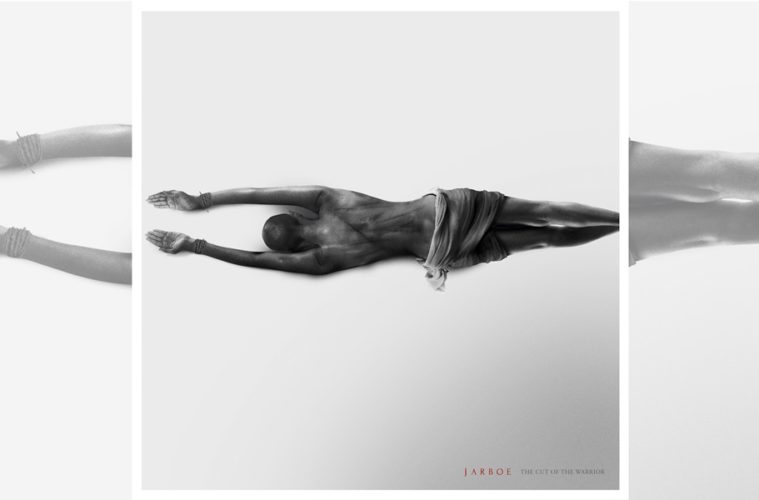 Jarboe: The Cut of the Warrior Review

A few weeks ago Jarboe released a new set of recorded songs. The release goes by the name of The Cut of the Warrior.

Measured, almost meditative tracks comprise the bulk of The Cut of the Warrior. There’s a strong sense of the spiritual which makes sense as the album is essentially Jarboe exploring her relationship with Buddhism.

As such the album is conceptual, but the ideas are not impenetrable. Having an understanding of certain parts of Buddhism will go a long way to extending the experience. However, there’s a lot to grab onto from someone unfamiliar with the album’s explorations. Essentially the explorations are inviting more than they are barring, but they don’t stop at the surface.

Most songs seem to be based around lengthy note patterns. The melodies gradually unfurl, but not in a typical sense. They unfurl in the sense that they gradually draw you in with their repetition. There are subtle changes and alterations in each track that become indistinct except in retrospect. Jarboe made songs that keep you in the moment and they do a good job of doing so.

More direct sections appear, but their use usually means you don’t notice until, again, in retrospect.

In a sense The Cut of the Warrior is much like a journey. You remember a lot about where you’ve been and how you got there, but a lot of things are blurred until you think over what you’ve been through.

The remixes / interpretations are an interesting inclusion. Whilst they mirror certain tracks, they still fit in with the mood and tone of the bulk of The Cut of the Warrior. The remixes / interpretations sound much more like their own things separate from the original. The ideas are the same, but presented in a different form. As such they feel more like a part of The Cut of the Warrior rather than extra material.

Jarboe’s voice is, of course, in fine form. Few artists out there are capable of giving life to their words in such an organic, textured way. Jarboe does so and does so well.

On The Cut of the Warrior Jarboe employs lyrics sparingly. Of the few uses, only one song has lyrical clarity, but it makes sense as to why and it doesn’t feel out of place. Often the vocals seem to be for wordless expressiveness. They blend into the music and become another part of the experience. At the same time the vocals

Whilst The Cut of the Warrior starts off “light”, on the surface it grows in intensity the longer it runs. There seems to be a descent into something… well, not darker, per se, but more intense. A deepening as it proceeds. The sounds become heavier and Jarboe seems to adopt a heavier tone. At the same time the album becomes more meditative and trance-like.

That is to say that The Cut of the Warrior isn’t just one thing. “Looking” at it from different angles rewards in different ways in the same way that a physical piece of art can be different from different angles. Something like this could easily sound artificial and superficial in really horrible ways, so it’s a real credit to Jarboe that the album doesn’t.

Jarboe’s The Cut of the Warrior is available here.