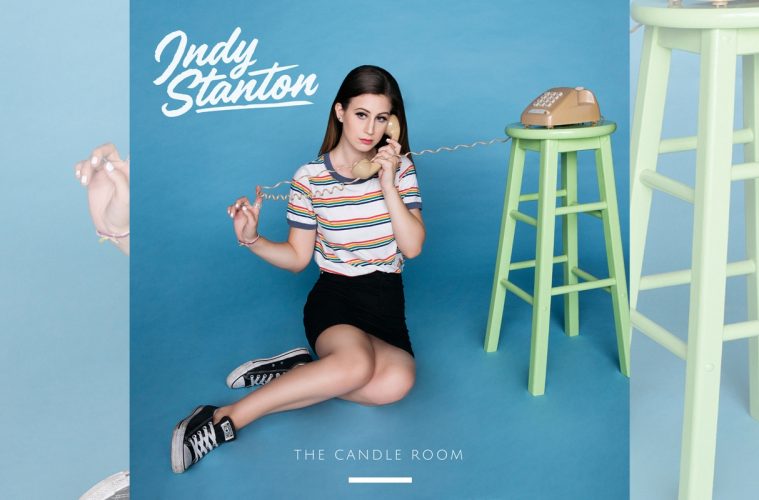 As the Candle Room is a lyric-centric album, both the words and the delivery needed to be good. Both are. Indy Stanton’s clear control of her voice allows for her to cover varying delivery styles whilst sounding as emotive as necessary.

Vocal processing isn’t uncommon but it never smothers or diminishes the vocals. Sometimes it gives a sense of slight detachment from the conjured images and emotions; other times it’ll change part of a vocal line around a bit so it becomes more about its sound. The vocoding is never distracting; it’s just another element that builds into the songs.

The music behind the vocals seems to explore some variations in pop; Songs that sound more suited for dancing sit comfortably next to dreamier, more laid back pieces, among others. There’s some interesting touches such as the tremolo synth patterns that occasionally crop up, as well as simple piano playing that, when it appears, punctuates rather than controls mood.

“Victim” in particular stands out due to how floaty it sounds. It keeps everything rather simple and basic and draws out its sounds in a way that feels influenced by some older styles of pop without feeling weighed down by that influence. The vocal delivery keeps things soft and “quick” for the verses, and rises whilst drawing out words and notes for the choruses and the bridge. Overall it’s a rather pretty, passionate song.

What “Victim” does best is overtly highlight The Candle Room‘s strong juxtaposition between its light, poppy sound and serious subject matter.

The best way that I can describe The Candle Room‘s subject matter is as a frank look at a relationship and issues it can entail. Indy Stanton doesn’t mince words here; Her clear delivery helps keep the lyrics stay direct at all times, leaving little room for misunderstanding meaning or intention. Rather than be uncomfortable, however, in a way it feels welcoming.

What The Candle Room has is great balance. The strong vocal delivery, along with music that doesn’t push being dramatic balance out the lyrics really well. If the songs had been darker in their sound, then the album wouldn’t have worked. It would’ve been too much. Instead the subject matter remains serious, whilst never becoming overbearing.

But what The Candle Room has most of all is heart. It’s an album that feels genuine.

The Candle Room is available here and here.