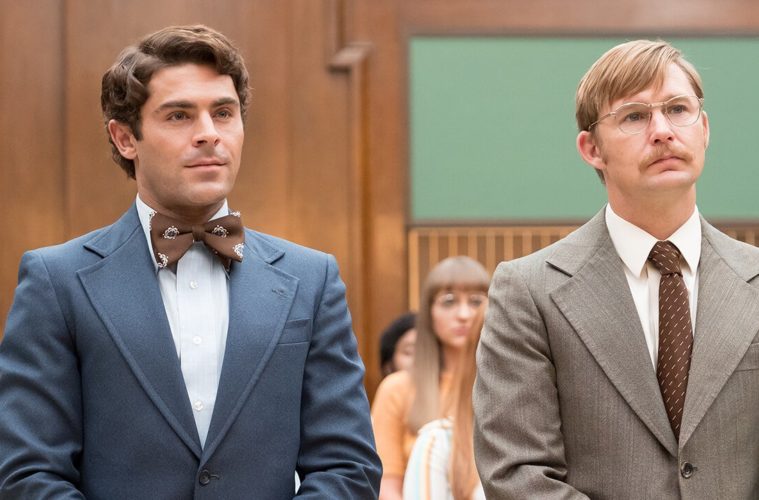 How Accurate Is Extremely Wicked, Shockingly Evil and Vile?

Michael Werwie’s script is a loose adaptation on Bundy’s ex-girlfriend Elizabeth Kloepfer’s memoir The Phantom Prince: My Life With Ted Bundy. Extremely Wicked tells the story of Bundy’s crimes and conviction from the point of view of the woman who was once closest to him.

Joe Berlinger previous directorial work on Conversations with a Killer: The Ted Bundy Tapes means that he’s somewhat of an expert when it comes to all things Bundy. It helps to make Extremely Wicked all the more impressive.

But Berlinger’s work is far more interesting than just a couple of Ted Bundy programs for Netflix. The critically acclaimed director, who specialises in true-crime documentaries, rose to fame for his Paradise Lost series, which chronicled the wrongful conviction of the West Memphis Three.

Extremely Wicked has received a heap of media attention in recent weeks, mostly because of the controversial choice of casting. High School Musical sweetheart Zac Efron (aka every teenage girl in 2009’s celebrity crush) plays the infamously charming serial killer in the biopic. Despite a plethora of public backlash for “glamorising” the killer by casting someone well known for his good looks, Berlinger stands by his casting decision, claiming that Efron was his first and only choice for the role.

So with an all-star Hollywood cast including Zac Efron, Lily Collins and John Malkovich, and a critically acclaimed true-crime director, what could possibly go wrong with this film?

Obviously as the film is a biopic and not a documentary, there are bound to be some creative liberties taken. But overall, this film seems to be a reasonably historically accurate representation of Bundy, his relationship and his eventual demise.

Despite the backlash from critics and true crime fans, Berlinger’s casting in this film was phenomenal.

Not only are Bundy and Zac Efron incredibly physically similar, but Efron also possesses the infamous charm that Bundy used to lure and manipulate his victims. Although it has been branded as “glamorising” such an evil criminal, Efron’s charming persona and dreaminess throughout the film only emphasises Berlinger’s message.

“You see how incredibly believable and charming [Bundy] can be,” Joe Berlinger said. “I think that’s important for people to understand. This is how he won people over. Bundy should have been caught long before he was, but he avoided detection because so many people around him believed in him.”

Furthermore, Lily Collins’ portrayal of Bundy’s long term girlfriend, Elizabeth Kloepfer, makes for a captivating performance. The real Koepfer – now known as Liz Kendall – met with Collins throughout rehearsals and was on set during filming to help improve the accuracy of both Collins’ portrayal and the rest of the film.

Ted Bundy was born Theodore Robert Cowell in Burlington Vermont on November 24, 1946. The first three years of Ted’s life were spent being raised by his maternal grandparents as his mother had him out of wedlock and his father was never determined. Despite a rough start to life, Bundy excelled both academically and socially in his early years and maintained a seemingly normal childhood and adolescence.

Ted’s criminal record began in high school when he was arrested on multiple occasions for burglary and auto theft. However, these charges were expunged from his record when he was 18-years-old.

He went on to study psychology in 1970, followed by law in 1973, which he eventually used to defend himself in his murder trials.

After more than a decade of consistent denials, Bundy eventually confessed to the murder of 30 women between 1974 and 1978. However, experts believe this number to be significantly higher. He raped, assaulted and murdered several young female victims throughout his criminal years, with at least 12 of his victims being decapitated. Bundy’s known crimes include assault, rape, kidnapping, burglary, necrophilia and murder.

Throughout his trial Ted used his charming personality and good looks to seduce the jury and cause mass-hysteria. Women became so obsessed with Bundy that he actually ended up marrying and conceiving a child with an admirer; Carole Ann Boone.

Eventually Bundy was sentenced to death for his crimes. He was executed by the electric chair in 1989 at Florida State Prison.

What The Film Got Right:

Unsurprisingly Berlinger’s Netflix biopic is exceptionally accurate in most aspects. From the casting and character development to the plot and timeline, Extremely Wicked, Shockingly Evil and Vile takes minimal creative liberties when depicting the crimes and conviction of one of America’s most infamous serial killers.

Most of Ted’s victims were attractive young women usually around college age. He often used a fake cast or arm sling to appear disabled, then asked the women for help.

His other method was to impersonate police officers or other authority figures to build trust with his victims, later hitting them with a crowbar once they let their guard down and went to his car.

Ted Bundy Represented Himself in Court

The one-time law student did represent himself in court, often using his infamous charm to win over the jury. This lead to many shocking shots of the now-convicted serial killer grinning and winking at the camera.

However, the judge was not impressed by his performance, later calling Bundy’s crimes “extremely wicked, shockingly evil, vile and the product of a design to inflict a high degree of pain and utter indifference to human life.”

Bundy was a terrifyingly charming man which is accurately depicted in Efron’s portrayal in Extremely Wicked. His charm and good looks were enough to create mass hysteria around his trials.

As shown in the film women really did ask Bundy to sign his own wanted poster, much like you would ask your favourite celebrity. But Bundy was not an actor or a musician. He was a brutal serial killer.

Ted Bundy became the most famous bite mark forensics case in US history in 1978 when the imprint of his teeth on the buttocks of the victim Lisa Levy lead to his conviction.

He Really Did Escape The Courthouse

The film depicts Bundy escaping law enforcement by jumping out of the courthouse window during his trial. This really did happen.

As Ted Bundy was representing himself at trial, he was granted the use of the second-floor library at the courthouse during his preliminary hearing. On June 7, 1977, Bundy was left unsupervised and unshackled to research and study during a recess. Instead of studying he used this time to leap through a window and escape into the mountains. Surprisingly, Bundy managed to stay hidden for six days before police recaptured him.

He then managed to escape again after losing 35 pounds (16kg) while in prison. Bundy studied plans of the prison and cut a one-foot hole in the ceiling of his cell and simply slipped out to freedom.

What The Fim Got Wrong:

Although the film was mostly true, there are some creative liberties resulting in some historical inaccuracies.

He Proposed In Court, But Not Like The Film Depicted

During his trial Ted Bundy proposed to admirer-turned-girlfriend Carole Boone, who fell for Bundy after his trial gained media attention. They were then married on the spot and eventually went on to conceive a child while Bundy was on Death Row.

This really did happen, but during Bundy’ second murder trial in Orlando; not during the trial depicted in the film.

Berlinger defended this decision: “Telling a whole other trial was not in the cards for this movie. We took some dramatic license.”

The film depicts Liz Kloepfer as a seemingly unaware of Ted’s crimes. In reality she had some suspicions before Ted’s initial arrest. Kloepfer eventually went to the police about her suspicions but felt guilty for turning him in, so she ended up staying with him throughout his trial.

In the film there are signs such as the dogs barking at Ted, but the film lends itself to the idea that Liz was blissfully unaware of Ted’s crimes rather than being a scared and incredibly confused partner in an unimaginably difficult situation.

“In my own mind, there were coincidences that seemed to tie him to it, yet when I would think about or day-to-day relationship there was nothing there that would lead me to think that he was a violent man capable of doing something like that,” Liz said in an interview for The Ted Bundy Tapes.

The book, Papillion, was a significant part of the film, with Ted often referencing this to Liz. Henri Charriere’s novel chronicles a prisoner’s desire and obsession with the idea of escaping from prison.

In the film Bundy gives Kloepfer the book as a gift after his first escape. However, in real life she makes no mention of this in her memoir.

At the end of the film, there is a scene in which Bundy confesses his crimes to Elizabeth before his execution.

While Elizabeth did have a conversation with Ted Bundy before his execution, he never explicitly confessed to her, leaving her forever without answers.

Additionally, the film depicts this as a face-to-face interaction, where Bundy hints at how he killed one of his victims, but in real life, this was a phone call with Elizabeth.

Have you seen the film? Do you think it glamorizes serial killers, or does it show the truth about the Ted Bundy’s of the world? Let us know your thoughts.