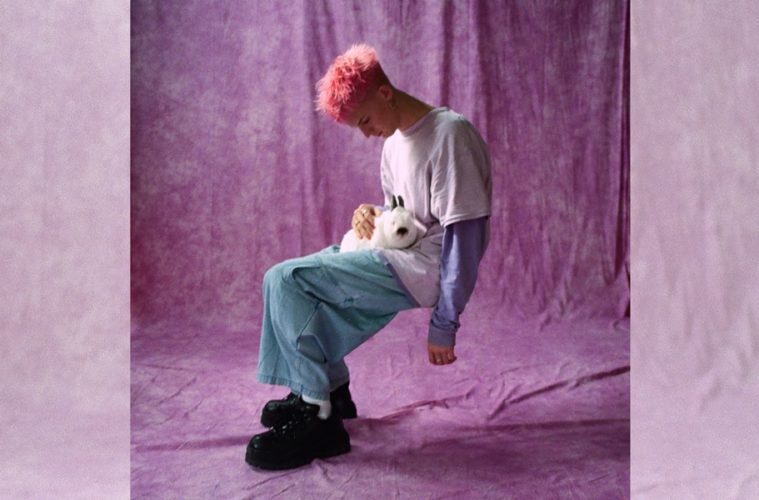 “Fill me up Anthem” is the third single to precede Gus Dapperton’s upcoming album, Where Polly People go to Read.

There’s a lot of space in the song. The main frame centres around piano sounds and drums, and the vocals sit fairly nicely on top of that. The melody sounds influenced by lounge older forms of pop which works well for the approach. On top of that, “Fill me up Anthem” is on the slower side of mid-paced. It’s a song rather deliberate in execution which helps the main parts gel well together.

Early into the song an overt synth pattern kicks in. A lot of what it is doing is single notes and in a sense that causes it to “shimmer”. It makes for an interesting layer for the underlying melody, but it also takes over a little too much of the song. It was likely intentional to have the synth be as loud as it is, but it is a bit distracting.

Gus Dapperton’s voice is quite smooth throughout most of the track. His doing something akin to a croon carries nicely and the use of additional vocals helps support the main vocal melodies in a really smooth way. There’s the overt suggestion of romantic notions throughout the lyrics, but this doesn’t come off as overbearing; at least, most of the time. It helps that the delivery doesn’t feel forced or cheesy. There’s no going farther or more passionate in the delivery than necessary. That’s not to say that the vocals are soft; instead of being soft or loud, they inhabit a happy medium that supports the lyrics well.

The growled vocal bits are interesting. They add a bit more “flavour” to the song and kind of pull it into a harder direction, even if only for each two to three seconds in which they appear. However, they also are distracting in just how far removed from the rest of the song they come across.

It is difficult to tell as to how much of an indicator of the overall sound of Where Polly People go to Read “Fill me up Anthem” is. Ultimately how it works in this manner will depend on how it works with the album.

It’s also difficult to take a stance on the quality of “Fill me up Anthem”. On one hand it works well as a decent single. On the other hand, it has some distracting moments that could’ve used a different approach. That said, the cons don’t outweigh the pros, and the song is an interesting one.