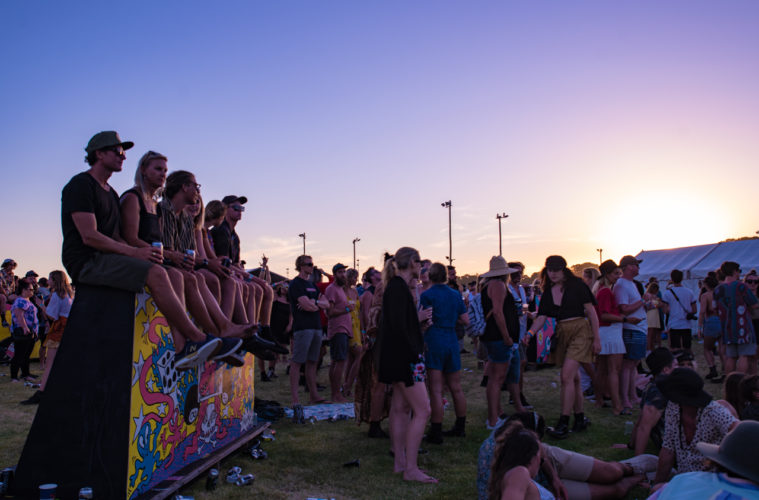 Grow Your Own Festival: Review

Check out our photo gallery from Grow Your Own Festival HERE!

I am not going to equivocate – Grow Your Own is one of the best music festivals that I have ever been lucky enough to attend.

Before even getting on to talk about the great music that was heard throughout the day, it is worth commenting on the experience that Holly Rankin (AKA Jack River) and her team have succeeded in curating.

Sure, every music festival you attend will have food stalls, bars and a bit of artwork around the place to set the vibe, and Grow Your Own was no exception. Where Grow Your Own set itself apart, however, was its emphasis on showing off local produce and businesses within the “Growers Market”. This was a large tent, smack bang in the middle of the festival, which showcased locally sourced produce and food. The left hand side of the tent was being used for the showing of short films, which I have not seen at a festival before. It seemed to be a big hit amongst the punters however, as for most of the day the room was completely full. Admittedly, this may have been less because people were big fans of the documentaries that were being shown, but instead because it was quite a pleasantly cool and shady spot. 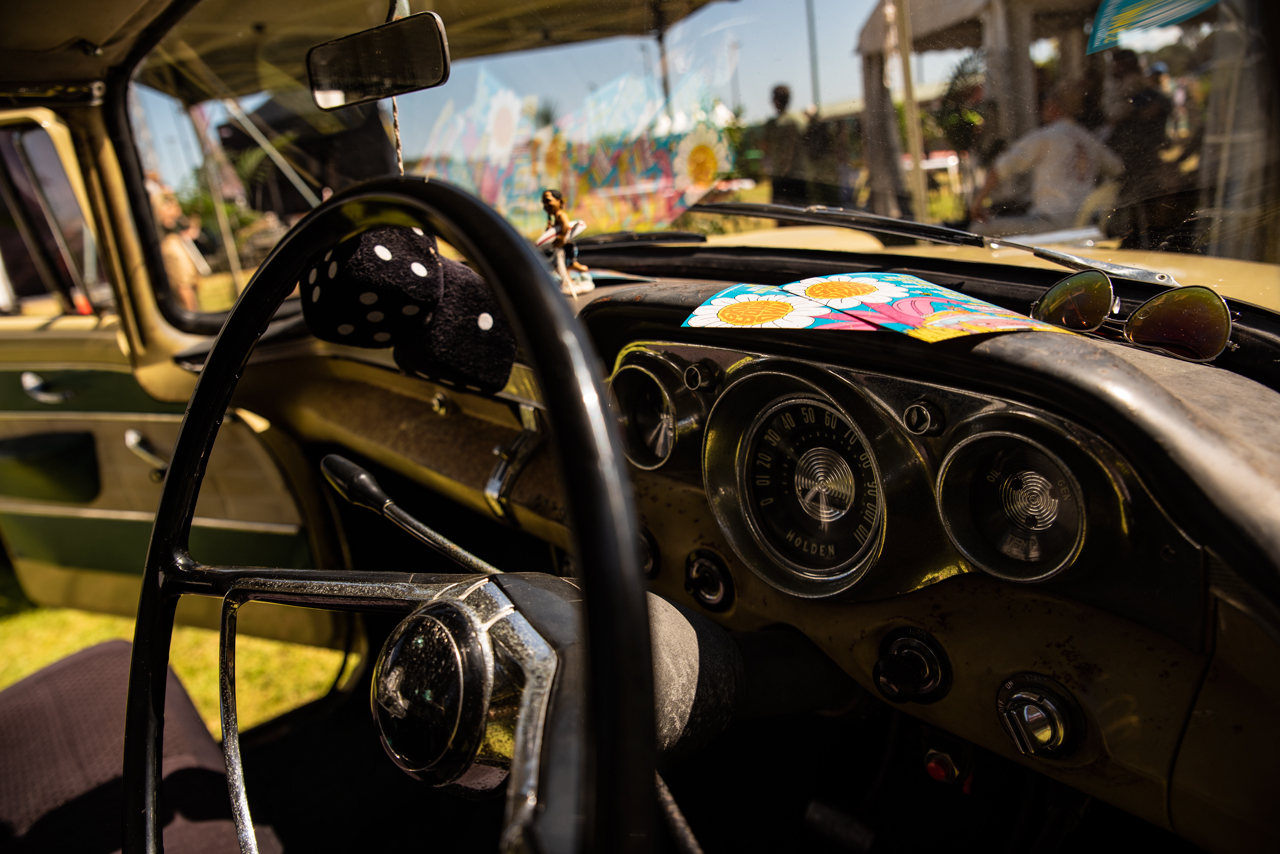 One criticism that needs to be made is that there were simply not enough food stalls for the number of people in attendance. There were only three food stalls set up at the festival, and by 4:00 pm, one of them had run out of food, whilst the other two had massive lines with a wait time of at least thirty minutes. A bit of a problem, but ultimately nothing that a sneaky post-festival Maccas run (and booking more food stalls for next year) can’t cure.

Those who forwent the shade and braved the harsh summer sun to catch the early sets would not at all have been disappointed with the quality of music that was on offer.

Grace Turner kicked off the festival with her amazing voice. She sings with a laid-back yet engaging delivery, reminiscent of Angel Olsen crossed with The Sundays. Her lyrics instantly grabbed the audience’s attention, and her melancholy melodies made sure that this attention was held throughout the set. A highlight for me was her latest Triple J Unearthed upload “Easy I Fall”. The first thing I did when I got home from the festival was jump on my computer and download it. I suggest that you do too!

Following Turner was Belle Badi. Belle married a distinct, throaty voice with introspective and clever lyrics. She also put on a performance that was (I thought) abnormally pumping, considering how early in the day it was. Her song ‘Time Machine’ was particularly appreciated by the crowd, with many of the punters singing along to every word.

The intensity of the festival stepped up several notches when Mini-Skirt took the stage and delivered alternately angry and tongue-in-cheek punk rock. Their set was impossible not to rock along to, particularly during their signature tune ‘The Dying Majority’. I don’t know how a band can at times sounds so aggressive, but still manage to be so compelling. 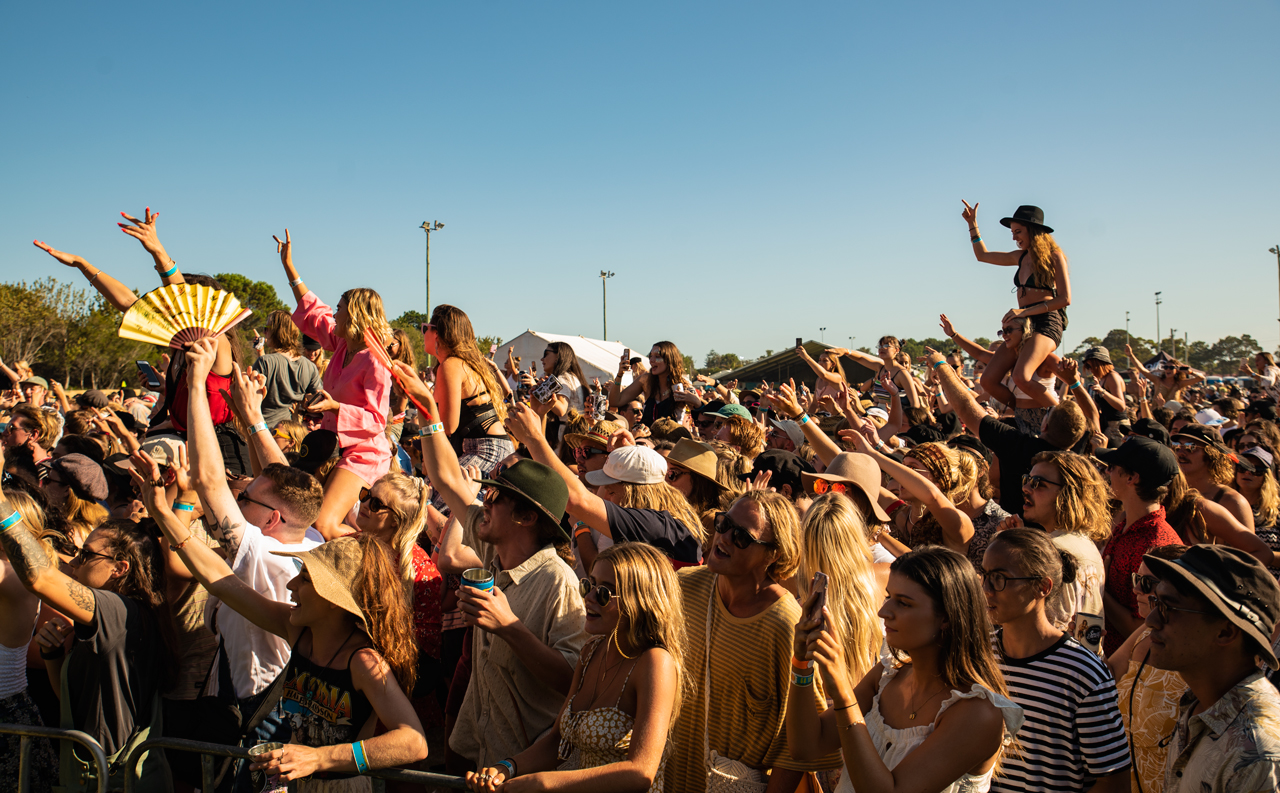 The audience was then taken to a more chilled out vibe courtesy of Mild West, who seamlessly wove indie rock with psychedelia. Their combination of glistening synth, catchy drums and velvety vocals immediately charmed the audience. The addition of the cello was a welcome complement to their great sound.

After a fantastic performance by the talented Gathang Dancers were fuzz-rock band Totty. Totty are a band who wear their roughness as a badge of honour, and their songs combine the momentum and dynamics of Nirvana with the quintessentially Aussie punch of Dune Rats. Totty’s set ended up being one of my favourites of the day. Something about Kelly’s talk-yelling vocals, along with the punky arrangements of their incredibly catchy songs just struck a chord with me (excuse the pun). I foresee that 2019 is going to be a big year for them. The standout song from their set was definitely ‘Uncomfortable’, which Kelly introduced was about being incredibly sweaty. Being sweaty has never sounded so good.

The next few acts maintained the good vibes, keeping the sizeable audience grooving despite the oppressive heat. Goons of Doom played a set full of loose, garage rock bangers, who were as entertaining as they were eclectic. All of the band wore various alien masks throughout the set, and their guitarist partook in a spot of stage diving. The real MVP of the Goons of Doom set was arguably the large cardboard shark that danced across the stage. It made an appearance later on in the evening while Hockey Dad were playing, where it was promptly destroyed by the crowd.

When Mallrat started playing, people literally sprinted from all corners of the festival grounds in order to be as close to the front as possible. She gave a phenomenal performance, with her set eliciting near constant cheering from the crowd, and enthusiastic singalongs throughout.

Jack River’s set was soaring and synth-drenched – infinitely danceable and incredibly groovy. You could tell that Holly Rankin really got a kick out of playing in her home-towns at her own festival, and the energy she exuded was infectious. The ticket sales from the previous year’s Grow Your Own had more than doubled for the 2019 edition, and the sense of achievement that Holly must have felt was palpable. I am a big fan of Jack River, and her set had some truly exceptional songs in it, including the infinitely compelling ‘Confess’ and ‘Fool’s Gold’. The song that got absolutely everyone in the audience singing along was her cover of iconic 90’s hit ‘She’s So High’, which surely has never sounded more majestic.

The Preatures followed Jack River, and they put on a mind-blowingly entertaining performance. Every member of the band brought something essential to the table, and the result was a musical experience that became more than the sum of its parts. A special mention must go to Isabella Manfredi, however, as she is one of the best front-people I have ever seen. Not only were her vocals perfectly on point in every high octane rock tune that they busted out, they were all delivered whilst she threw herself around the stage and at one point, even into the crowd. When Manfredi sings, it allows the audience to experience the emotion and feeling behind each song for the first time. Nowhere was this more evident than in the beautifully understated ‘Yanada’.

The Preatures were always going to be a hard act to follow, and this unenviable task was left to Hockey Dad, the plucky guitar and drums duo from Wollongong. By the time Hockey Dad started, the audience had swelled to its full capacity, and had also reached peak rowdiness. For the most part, Hockey Dad gave the crowd exactly what it wanted, with most of their songs hitting the right tone with the audience. Having said that, they managed to completely lose momentum when drummer William Fleming left the stage, and vocalist/guitarist Zach Stephenson played what felt like a 10 minute solo dirge without accompaniment. I am unsure what song this was, and it sounded like it was a good song in its own right, but in the context I feel like it may have missed the mark. It lost some of the audience’s attention, just at the point where they were most willing to give it. Apart from this flicker, the set had a chill rock vibe that had the crowd stoked.

The DMA’s were the final act to play Grow Your Own 2019, and they did not disappoint. Contrapuntal to the minimalist Hockey Dad, the DMA’s give themselves a much more expansive palette of instruments and sounds to work with, with most of their songs featuring three guitars, a bass, drums, and occasionally a synth acting as backing to the vocally divine Thomas O’Dell. Their performance was all the better for it, with every song sounding as rich and full as it does on the recording. When I saw DMA’s play at Laneway Festival a few years ago, I remember thinking they seemed to not be very happy to be there, with O’Dell barely speaking to the audience or acknowledging them at all. This was very different at Grow Your Own, with O’Dell engaging in some crowd bantz and encouraging call and response and participation from the audience at all the right moments. Jonny Took and Matt Mason also performed brilliantly on acoustic and electric guitar respectively, as did the rest of their backing band. 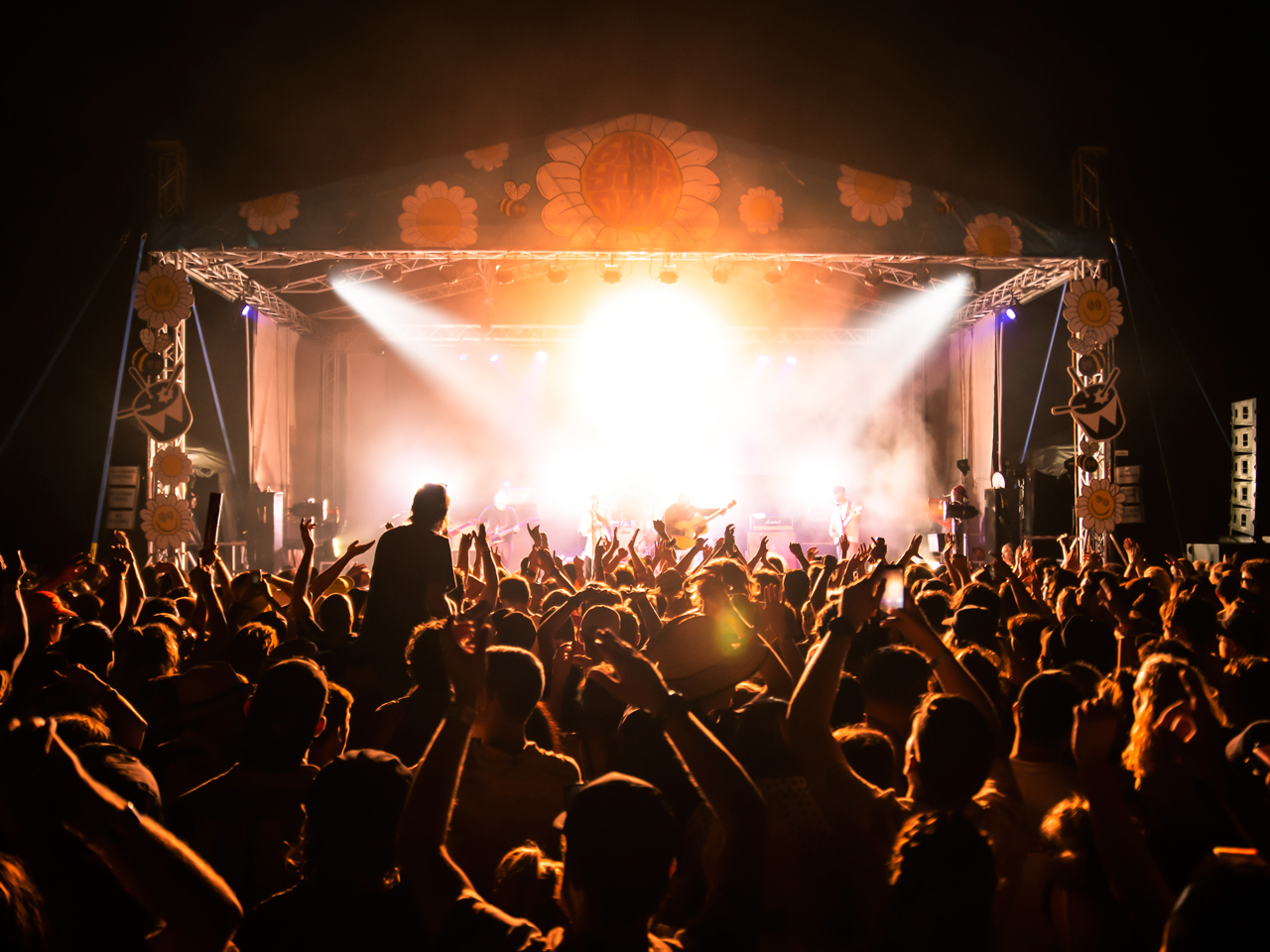 There could not have been a better band to end Grow Your Own, which was an absolutely brilliant festival. Every act that played contributing something really special and authentic. As the audience all dutifully filed out of the festival grounds, I could surely not have been the only one already looking forward to buying my ticket to Grow Your Own 2020.

All photos by David Mahon.