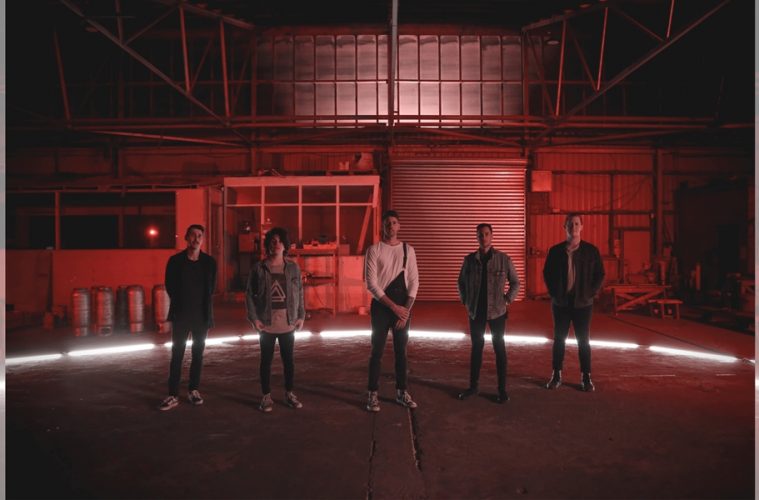 Glass Tides are a band that have an album coming out in January. As such, they’ve decided to release the first single from it at what seems like a rather early juncture. The song goes by the name of “Crawling”.

The song predominantly uses straightforward melodic patterns. The verses feature a a simple guitar arpeggio, straightforward bass patterns and deft-sounding, snappy drums. Over the choruses Glass Tides “unleash”. They go for a massive sound which leads to a massive chorus.

There’s a brief bridge thrown in for good measure before the final chorus, but otherwise the song throws no surprises. The band knew what they wanted to do to get the song across and as such kept it all simple and straightforward.

The vocals follow suit; they’re soft and moody in the bridge, then louder and impassioned during the choruses. The scream thrown in during the bridge has a good crunch to it and doesn’t go for any longer than it should.

“Crawling” is a song that sounds like the intention was to be highly dramatic. The choruses dominate more of the song than they probably should and they don’t so much move on from the verses as they jump from them. The melodic patterns aim for an emotional tug and the vocals enforce this. It dips into the melodramatic in places, but overall it’s difficult to say if this is a good or a bad thing.

Ultimately everything in the song works well enough. It’s a bit by-the-numbers, but what comes through the most is how into it Glass Tides sound. Rather than sound cynical, they sound passionate and fully invested into their music. It makes the song come out much stronger. There’s confidence that comes across and despite the moodiness, “Crawling” sounds uplifting.

The song shows promise for Glass Tides. It’ll be interesting to see where they go from here.