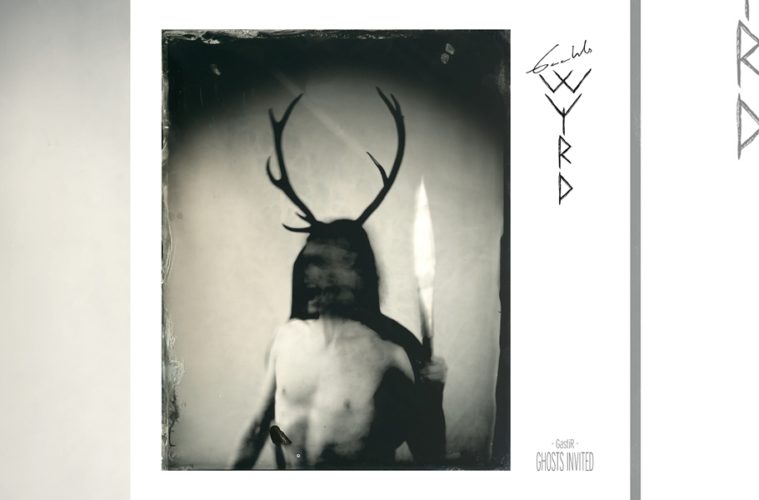 Gaahl makes music. Gaahls WYRD is a project featuring both Gaahl and a merry cohort of musicians.

Initially GastiR – Ghosts Invited indicates that it’s going to be a fairly straightforward black metal album. You’d be forgiven for thinking as much as the start just pretty much says “This is what the album is going to be”. It’s not long, however, before the album starts incorporating a few curves into its sound. It still is a pretty straightforward album, but the group aren’t afraid of being a little adventurous.

More often than not, however, GastiR – Ghosts Invited makes for a cold and relentless listen. Even in slower sections the band sound like they’re trying to pulverise everything they can. Drums pound away relentlessly, guitar and bass lock into each other and aggressively drive forward, and Gaahl does whatever he finds works for any given song.

As such there are few pauses for breathing space. The majority of “Within The Voice of Existence” is the largest part of the album that has any. The song takes on (relatively) cleaner instrumentation to build a tense atmosphere before eventually switching to louder sounds. It works as an individual song and it makes sense track order-wise, but it doesn’t quite deliver

This is in part due to the decision to go with the expected and have the song go loud. It seems as though Gaahls WYRD were going for something massive, but the sounds don’t allow for them to sound as such. Had “Within The Voice of Existence” not gone loud and, despite the sudden halt it brings to GastiR – Ghosts Invited, it would’ve made for a really strong ending.

Outside of that, the album is pretty solid the whole way through. The band outside of Gaahl do really well to support his voice. They give him the freedom to move around, but they don’t sound like a backing band. They move through each song sounding like they’re giving it their all, and none of their playing feels trite. Essentially the music is just as important as the vocals, and the musicians deliver as much as Gaahl does.

That said, Gaahl’s vocals are clearly front-and-centre. No matter the song, he always has the most appropriate use of vocals at hand. On top of that, he always sounds effortless without sounding lazy. Screams, chants, clean singing and layering all fit into each song when needed, and do a lot to enhance the album’s atmosphere.

Gaahl always delivers with a great deal of weight and seriousness. The words become much more dramatic than necessary and this ends up heavily permeating through the album. It leads to a lot of the songs becoming over-the-top in a most wonderful way. This should detract from GastiR – Ghosts Invited, but it doesn’t. It adds something more passionate to the words. Had the delivery been less dramatic, Gaahl’s voice would’ve harmed the songs.

GastiR – Ghosts Invited is an album that shows strength in togetherness. The band wouldn’t work as well with another vocalist, and Gaahl’s singing wouldn’t be as flexible and carry as well with a different band. There’s a synergy there that only comes forward when you’ve the right group of people. Slight issue aside, this is a strong, cohesive album that comes together as the sum of its parts, and then some.