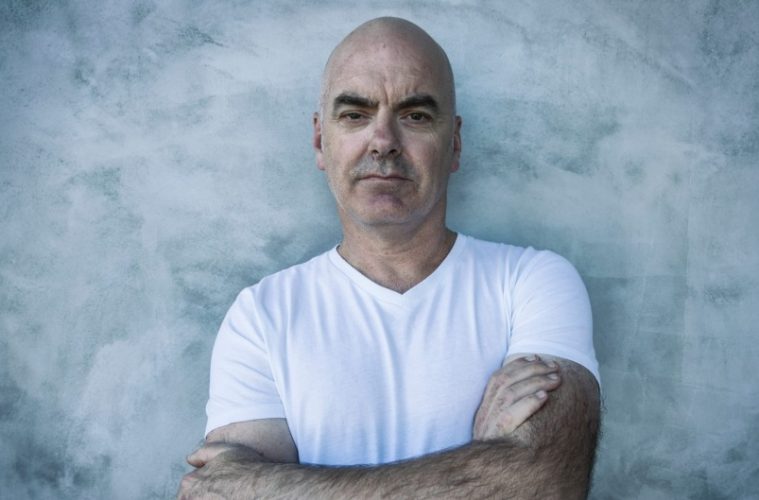 Food, shotguns, the apocalypse, and of course, toilet paper: Aussie Chef Mark Best talks with Culture Eater about how he is coping with the quarantine.

Culture Eater’s Noelle Lynch exercised proper social distancing for a video chat with Best who is a  Three Hat award winning chef, a finalist in Netflix’s The Final Table, and an avid photographer.

Noelle –  Have you gone through your pantry?

Noelle – What have you forgotten about in your pantry?

Our food systems and the fact we grow most of our fresh produce here and we are a net exporter of fresh produce, so we are well placed for this type of thing so all of the restaurants have done a fair change. They’re very fluid in terms of they’ve turned into bakeries, they’ve turned small grocery stores into retail spaces. So it’s never been a better time because we are buying all sorts of stuff that we’ve never been able to buy before in a retail space, so in terms of that we are hardly impoverished. If this is Armageddon it wasn’t like the walking dead prophecies. I’ve never cooked better food and drank better and ate better my entire life.

Mark Best – It is excellent. We have an abundance. I’m a double ply, probably about about a 12 sheet a go guy. So I havent had to ration myself in any way.

We also make our toilet paper here. They’ve been working double shifts here. Everyone thinks that everything is bought from China but we manufacture most of those things ourselves.

Noelle – Is there any cookware you have brought out in your house that you have neglected?

Mark Best – This is a stone mill grinder so I’ve been baking sourdough a lot. I brought that out so I’ve been going a bit crazy with it. 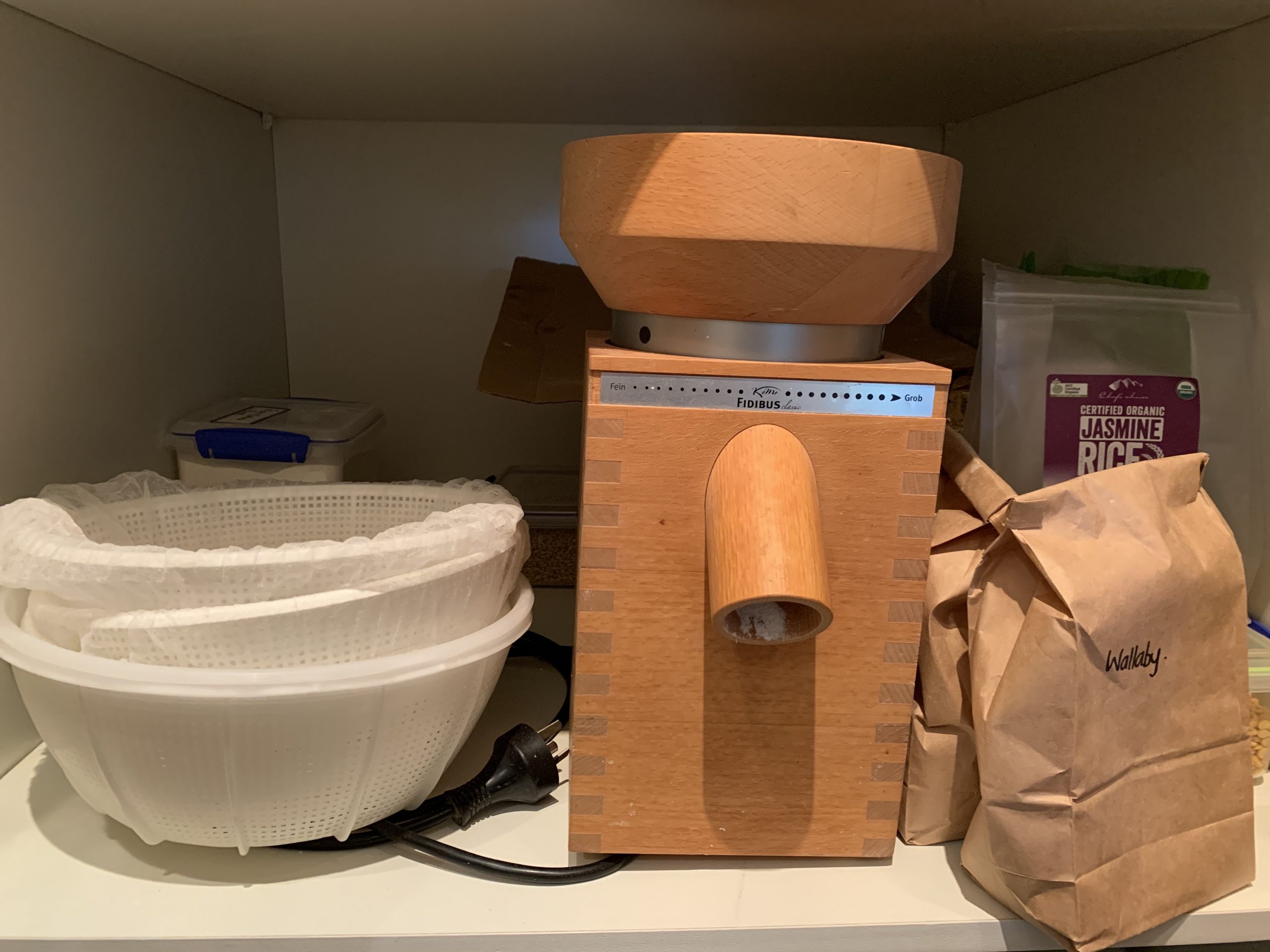 Noelle – Is there anything else that you haven’t used before and just got bored and used?

Mark Best – Not really, just that flour mill that hasn’t been used for 4 years. It’s a completely different mindset not being able to go out to restaurants. In a way I’ve been pre-conditioned for this time because I sold my restaurants in mid 2016. All of that mourning period and sense of loss that everyone is going through now, I’ve already been through it.

It took me years to start to feel normal that something was missing and then to feel the joy that there was not this giant anchor around my neck. So life has changed, it takes a while to adjust. 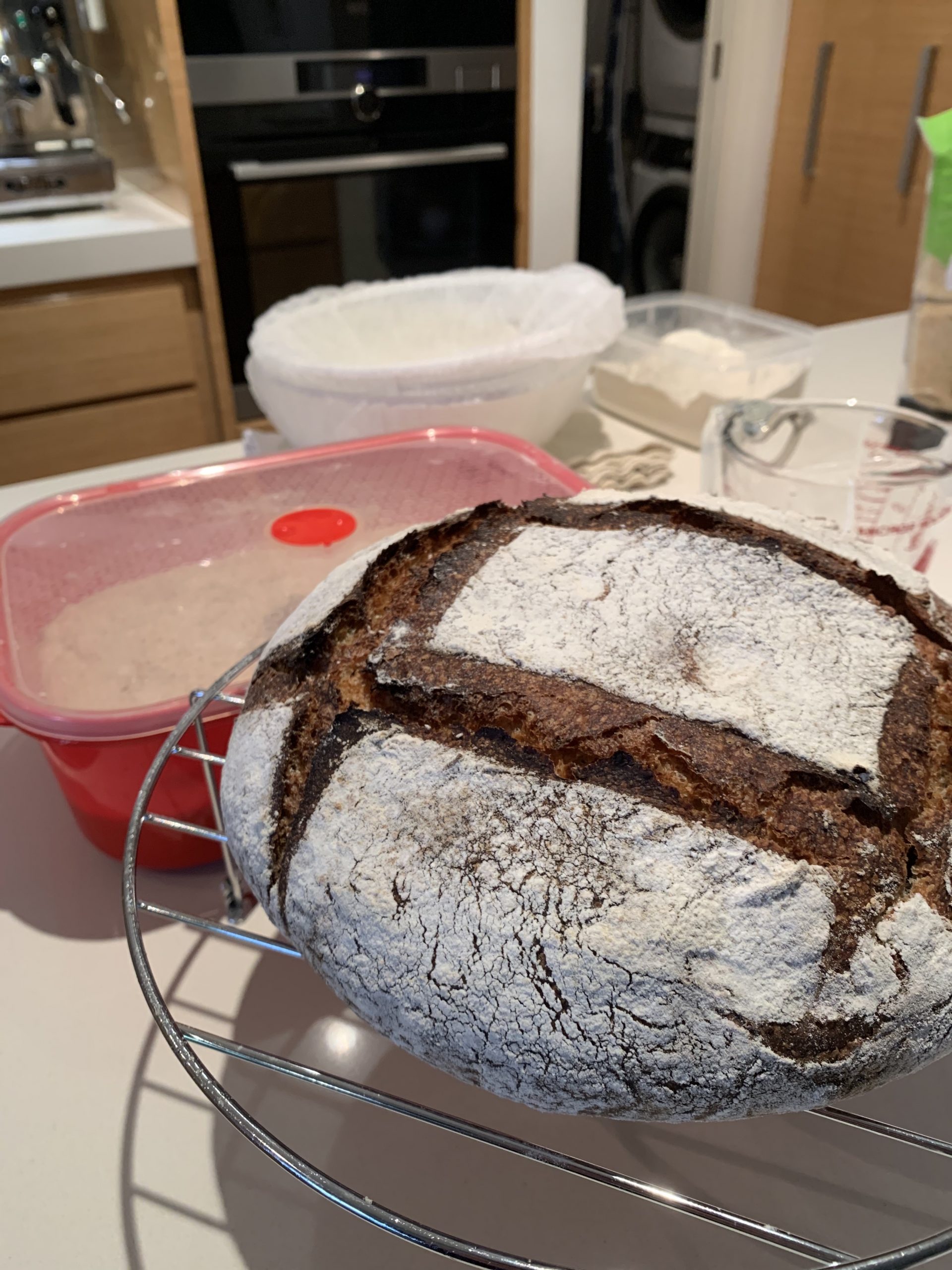 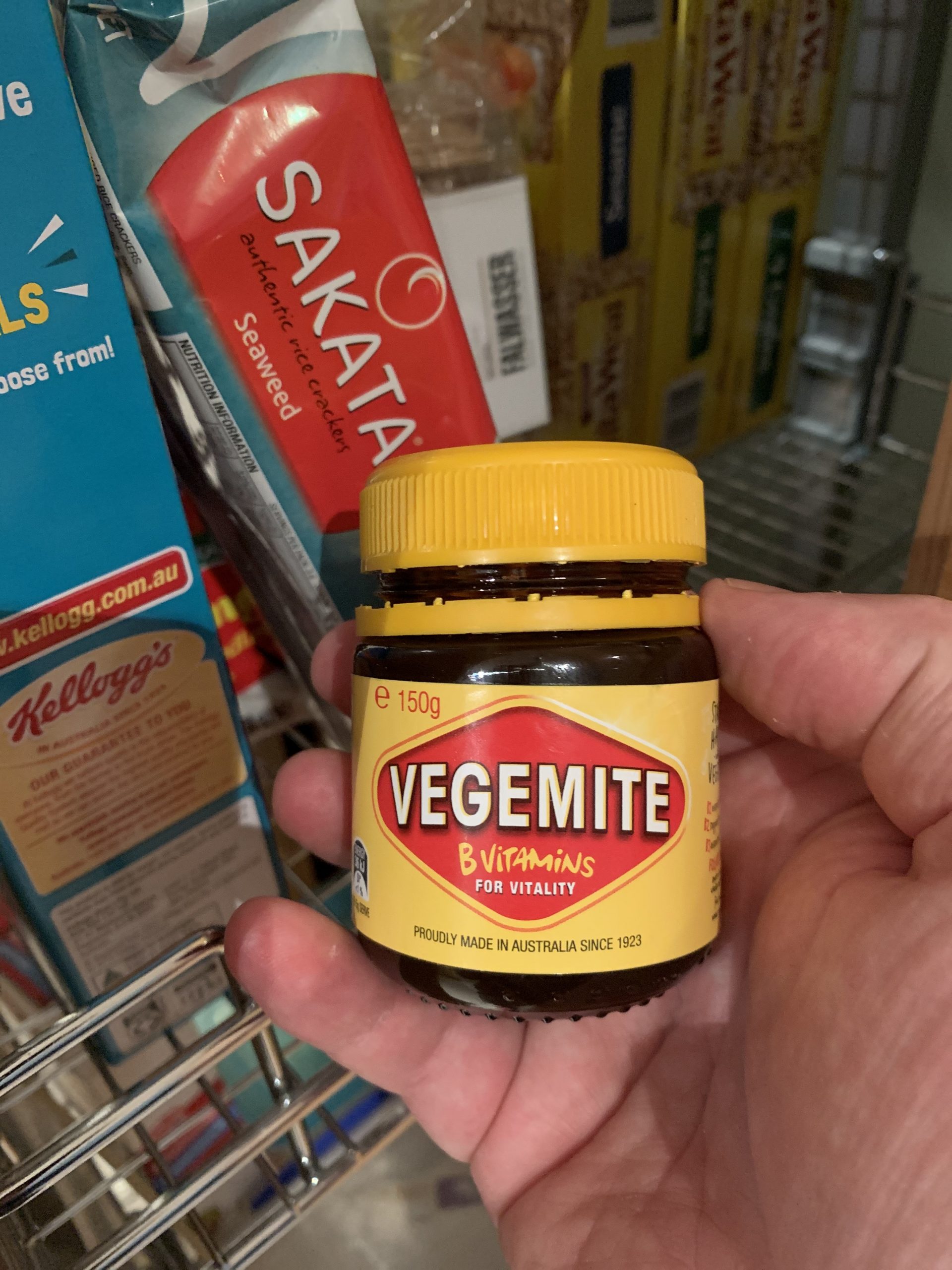 “This will last through many apocalypses.  When Trump finally gets his tiny hands on the nuclear football and presses the button all that will be left is vegemite and cockroaches.”

Noelle – Did you do any spring cleaning as far as rummaging through frozen meats?

Mark Best – I’ve been through it and I’m now down to the point where i’m going to start  boiling mystery ice cubes just to see what they are. As much as I remember,  the minute you swear that you’ll remember what it is, the minute you close the freezer door your mind goes completely blank and you have no idea what you just put in there. After 6 – 12 months when it’s covered  in frosty icicles there’s literally  no chance that you can identify it.

Noelle – What were your best mystery food items?

Mark Best – I have no idea, I just threw them in the bin.

Noelle – Once they were iced up you just said no?

Mark Best – I am not eating that. There was a piece of steak in there that looked like it was a cadaver on the top of Mount Everest, the snow had blown away and it had been there for 65 years.

He opens his freezer.

Mark Best – This is pea and ham soup that I’ve sous vide. I have a sous vide machine here, see that bad boy there. So this is what ive done instead of these stupid containers. So what I do is, I’ve got this ragu here, this ragu bolognese and I make a big pot of it  and I can fit 6 liters in a small space  and then I’m able to reheat it.  I’ll go to the fish market and buy whole fish and get them to filet it for me, then I’ll  cut it up and then put it in the sous vide bags and they last beautifully so I have lots of portions of fish. That’s how I use my freezer.

As he shows me further around his kitchen, Mark opens up  another cupboard, while saying, “lots of dried pasta, this is the mancini, that’s the best pasta in the world, so yeah. I prefer dried pasta rather than making fresh pasta, I prefer eating it as well.”

Noelle – Why is that?

Mark Best – It’s much better texturally and flavor-wise I think and I love the shapes, they hold up, the way they capture the sauce and everything.

Noelle – Do you have any guilty pleasure of canned, frozen or boxed food?

Mark Best – They are disgusting.

From his dry pantry he pulls a tin of smoked oysters. 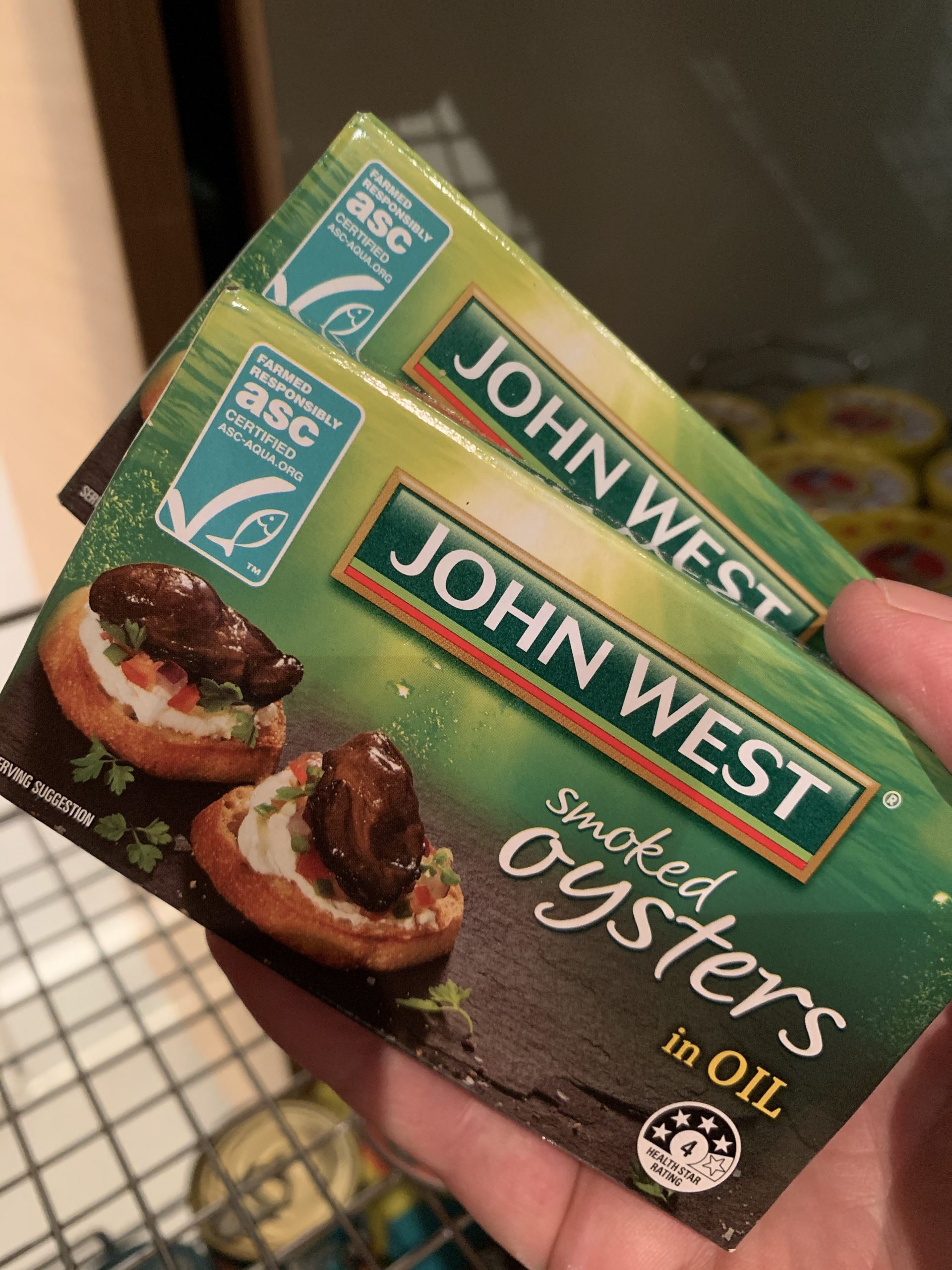 “I absolutely love them.”

Mark Best – The value pack of heinz baked beans, I don’t take any substitute, any other brand is absolute shit. 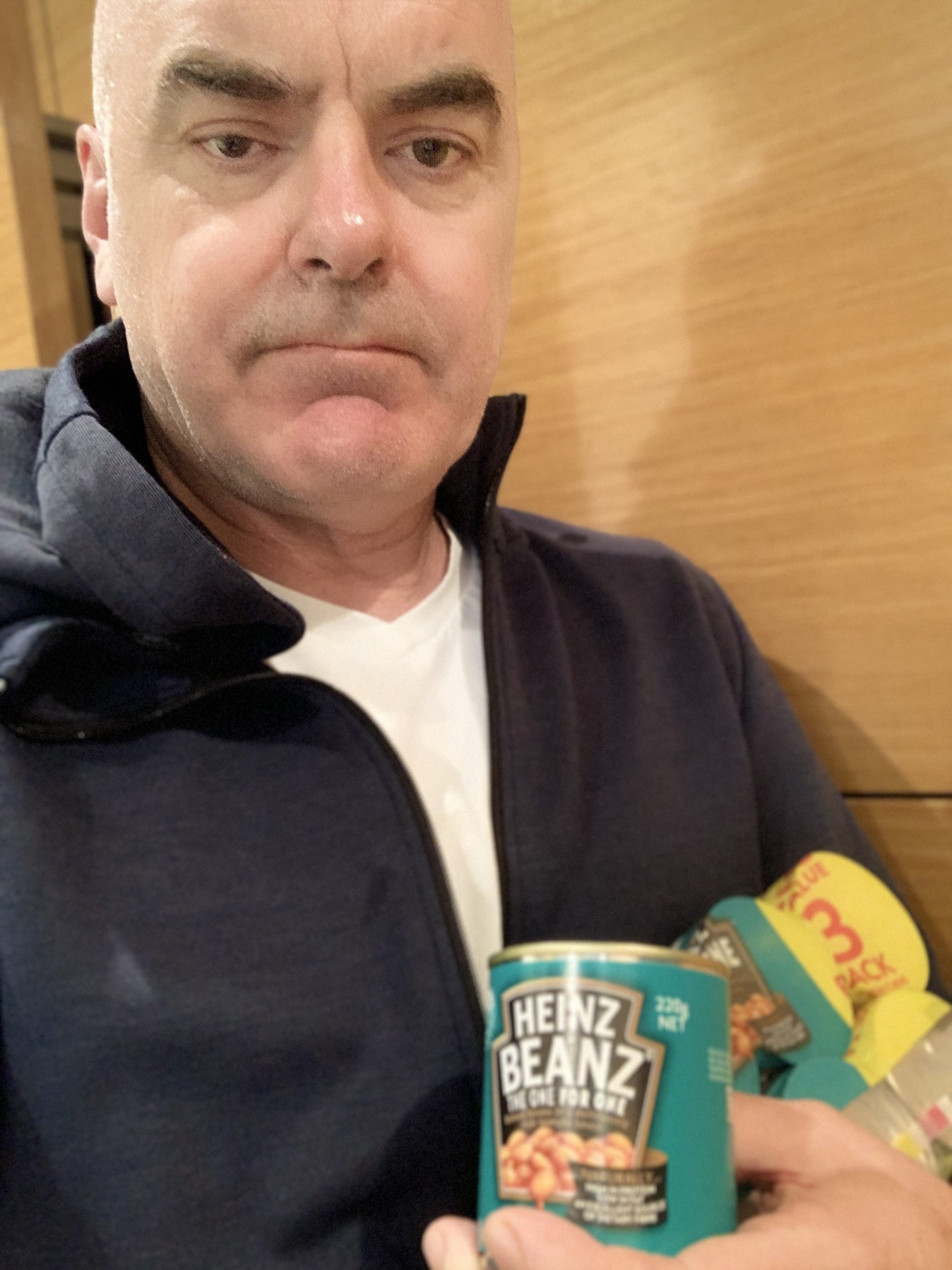 He shows me a bottle of tonic water.

Noelle – Does that have alcohol in it or do you put your own in?

He shows me a jar of dark red cherries. 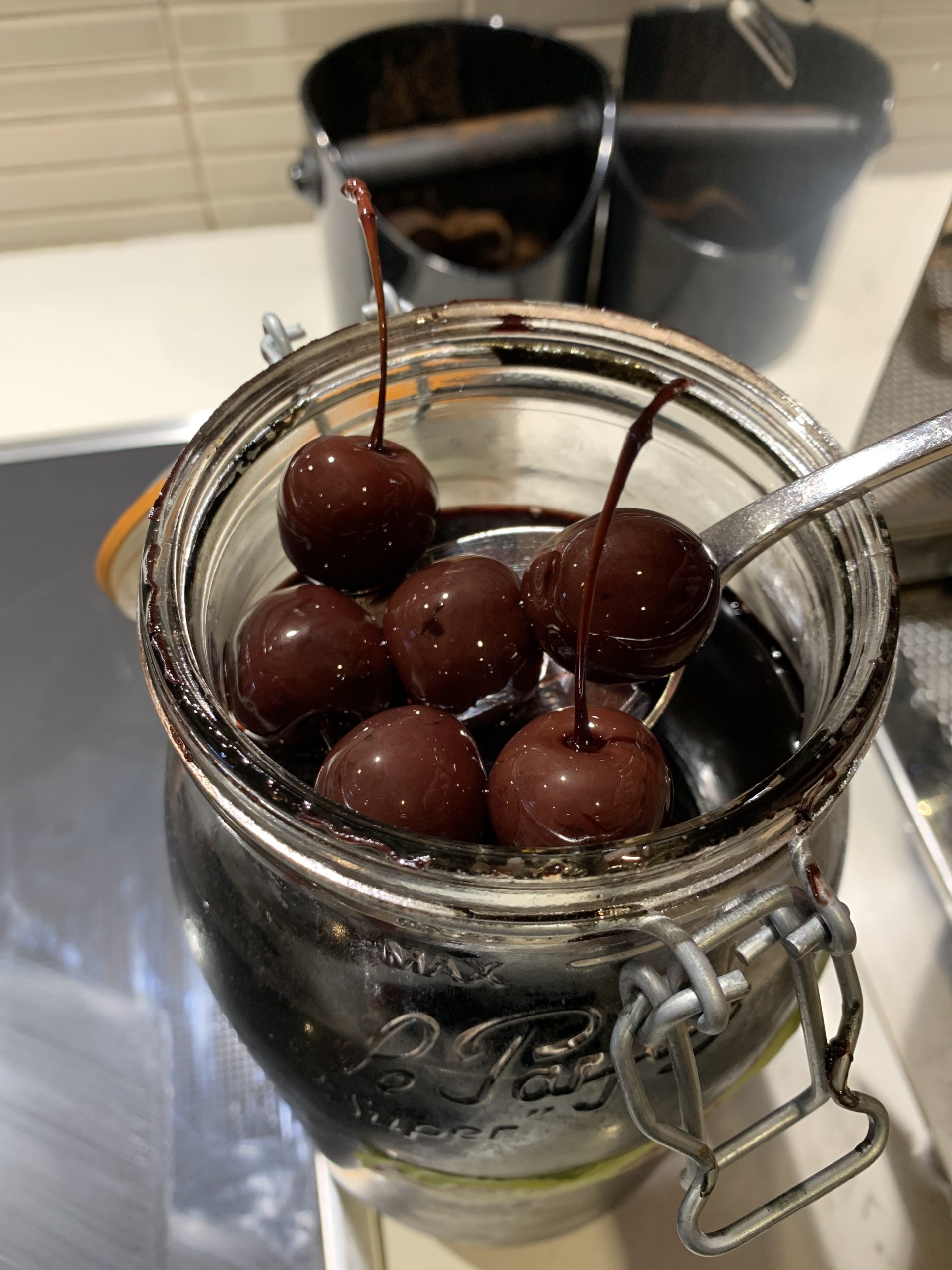 “Obviously by the size of this jar I have not made enough Manhattans.”

Mark Best – These are about three years old which I put into a cinzano rosso, which is a red vermouth.

They are unbelievable, they last forever.

Living this sort of life it’s all about the small things, if you take joy in these things and i truly do take joy eating that cherry and having had them there for three years and having them get better, the sourdough and anything like that

You know I think that what helps us to get through things, even at hard times.

Noelle – So any advice for home cooks in quarantine?

Mark Best – I think it’s a general approach. Even then we were a very progressive restaurant. Maybe tradition was not obvious, but I work a lot from tradition as a base and then work from there.

It’s just an attitude towards things and I carry that attitude into home cooking.. You never throw anything out. So it’s that type of approach that every meal should flow into the next and it’s not just about using dented cans or leftover rice or whatever it is to make one dish. There is a certain degree of planning you can build efficiency even into a home kitchen and make a joy out of it. I mean, what else is everyone doing? You need to get in there. I like this because this is sort of like being from the country. It reminds me of what life was like when I was a kid. It seemed simpler. In the 70’s there was less distraction and simple things were more pleasurable.

Noelle – You have an amazing kitchen, but if you only had a microwave, an electric stove-top and an oven. Pick two frozen and two cans of things that you currently have.

What would you make, and what would the four be?

Mark Best– For a quick meal I’d probably pick a couple of tins of my baked beans and I have these amazing San Marzano tomatoes, Smoked spanish paprika and jalapeno salsa. So all I would need is a microwave and I’d have an amazing lunch, or supper, or breakfast. If I made enough of it I’d put it back in there and break some eggs into it.

Mark Best – Don’t you think it’s an irony that people have been prepping years for the apocalypse with their bunkers and everything and now they’re out protesting in the streets? Shouldn’t they be hunkered down eating their rations?

Noelle –  If you were one of those with a bunker what would be your six staples?

Mark Best – In a bunker?

Noelle– Yes, all tinned goods, six staples besides the sawed off shotgun, that’s a given. Bunker staples, you already have the shotgun so that doesn’t count.

Mark Best– So I’m locked in the bunker?

Noelle – Yes. You can’t cook anything, you can only eat out of tins.

Mark Best – Well, i’d have to leave my baked beans behind because we are in a closed environment.

Noelle – So you’d leave the baked beans behind?

Mark Best – No. I’d take the baked beans and I’d take the smoked oysters and a tin of spam, of course. I love spam. Probably a jar of green tomato pickles to go with the spam. Two minute noodles, some fruit drinks and canned sauerkraut.

Noelle – So you’ll take both the beans and the kraut?

Mark Best – Yeah, it’ll be hell in there.