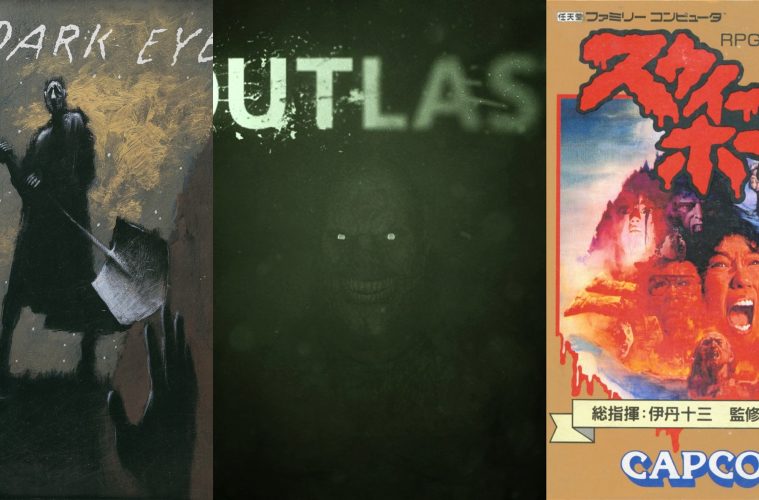 It’s safe to say the world loves horror. Horror films gross millions, if not billions per year. We love going on a rollercoaster of twists and turns to see an ultra-villain destroyed and we revel in the devastation of being left on a cliff-hanger. We love to hate having no resolution, and we adore fighting ghosts, exorcising demons, and making friends with The Losers’ Club.

Yearning to get lost in worlds that take us away from the true horrors of the world, it’s a genre that is polarising, exciting, and has infinite possibilities. We love to watch, but we’re in mad love with playing.

Horror has touched its bloody hand on every part of culture, especially when it comes to video games. Spanning many sub-genres, it gives something for everyone.

Let’s chat about it some of those games.

An oldie but a goodie. Horror in gaming spans back to at least 1972 with Magnavox’s Haunted House. It’s a two-player game, following a detective looking for clues to find treasure at the top level of the house. You have to outrun a ghost that DOES NOT want you to get his beloved treasure. Whilst fairly simple compared to modern standards, this led the way for more fascinating games.

I HAVE NO MOUTH, AND I MUST SCREAM – Cyberdreams and The Dreamers Guild

This is by far, my favorite horror and sci-fi hybrid game. It’s based on Harlan Ellison’s 1967 short sci-fi story of the same name (fun fact – he also voices AM!). So, here’s the back story: AM is an artificial intelligence system made by humans. As the Cold War takes the world in its clutches, America, China, and the Soviet Union make their own “Allied Master Computers” or AM, for short. One of the computers eventually becomes self-aware, gets the other two computers to assimilate with it, making a huge master computer. AM then goes on a genocidal rampage that nearly wipes out all of humanity. There are only four humans left, now trapped within AM’s reality.

You play as Gorrister, deeply suicidal from the guilt of having his wife committed to a mental institution; Benny, an overloud and bolshy former army chief who killed some of his men in battle; Ellen, an accomplished engineer who has a massive phobia of the color yellow and is claustrophobic due to sexual trauma; Nimdok, an elderly ex-Nazi physician and Ted, a severely paranoid con artist in a past life.

You follow them all through their deepest and darkest moments, solving puzzles to guide them through their pasts (Nimdok’s is especially horrific, and borrows from one of my favorite folklore, the Golem). It’s a hellishly wonderful ride through the human condition, artificial intelligence, philosophy, and the meaning of life. It’s all wrapped up into a beautifully atmospheric experience that has moments of gore that transcend the old graphics.

One of my favorite vintage horror games is Inscape’s 1995 The Dark Eye. It was inspired by Edgar Allen Poe’s writing. It’s a very uneasy game; The characters are human-like in all their features apart from their exaggerated clay faces. The game is a series of recitations of Poe’s works that you play through. You can play in realism mode or nightmare mode. It’s a great one if you can still get it.

Sweet Home is a cool survival horror game that came out in 1989. Published by Capcom for the Family Computer, it’s based on a horror film of the same name. Five filmmakers are looking for frescos in a haunted house. They meet some angry ghosts who just want them to go away. What makes the layout so intricate in this game, and much of Fujiwara’s work is the immersive research. Fujiwara and the developers toured the set and got deep into the film, before making it into a game. Before that, Fujiwara worked on the arcade game, Ghosts ‘n’ Goblins in 1985. Sweet Home is one that really deserves its flowers forever. It paved the way for survival horror.

The first Resident Evil (Biohazard in Japan) was supposed to be another incarnation of Sweet Home. It swept through 1996 with vengeance and thrust us into the world of flesh-eating zombies that we’d return to every time another game was released. Playing as Chris or Jill, members of an elite task force called S.T.A.R.S, you investigate a mansion on the outskirts of Racoon City after some team members go missing. After becoming trapped in the mansion and finding it full of zombies and mutated monsters, you search it for clues and find that there’s more going on here than just your lost squad. The zombies you’re fighting are part of illegal experiments being undertaken by the elusive monopoly corporation, Umbrella.

Many people and their families have played Resident Evil. It’s one of the most successful gaming franchises ever, with some of the games being the best-selling games in Capcom’s history. The franchise has sold over 110 million copies worldwide and has created discussion and debate throughout the whole fandom. It’s a flesh-eating, gore-induced sweetheart that we’ll always be in an on and off relationship with.

So Silent Hill was the first game I ever played that really disturbed my whole equilibrium. The detail to sound, light, shadow, and atmosphere affected me deeply as a kid. Released in 1999 and set in New England, you play as Harry who is looking for his missing daughter, Cheryl after you crash on your way to Silent Hill and Cheryl gets kidnapped while you’re unconscious in the wreckage. When you awaken, you’re smack bang in the middle of the quietest nightfall, surrounded by mist and snow falling in summer (this still takes me off-balance until this day).

You rescue other characters from scary monsters, the most amazingly designed nurses (still a top character design for me), and have one multiple, devastating endings that conclude your journey.

Parasite Eve is a game that fills me with so much joy and fear every time I play it. It’s a sci-fi and horror mash-up, revolving around mitochondria and an ever-evolving queen, Eve, who happens to be a damn good opera singer. You fight as a police officer, Aya Brea, who feels some sort of connection with Eve all the way through. Have fun fighting through mutant rats, alligators, a baby cherub with wings that cries a lot, and listen to Eve sing soprano whilst she burns down a whole opera house and the people in it, with only you surviving. The cut scenes and the epic soundtrack are worth it all. A wild ride!

Woah… Outlast. This game was a hell ride that I didn’t know I needed. Released in 2013, you have to explore the creepy Mount Massive Asylum. Tucked away in the mountains of Colorado, this first-person survival horror sees you as a freelance investigative journalist who gets an anonymous tip about the place.

The game is strung up bodies and mutated experiments galore, but there’s one thing that’s seriously sinister about this one; You can’t fight the enemies as doing so gets you killed. You can only hide or run. What kind of evil mastermind thought of that? It was made by some of the heavyweights in the gaming industry and it’s had a hell of a run for an indie game, selling over 4 million copies worldwide.

As with film, horror in gaming helps us escape, but also to interrogate the world around us. As we go through a pandemic, we boot up Resident Evil, Dead Space, Silent Hill, Parasite Eve and get lost in a narrative. We’re scared, but we seek comfort in being the hero in a story, for a short time. We free the world from something. It gives us a clear destination and we’re more than willing to reach it. But it can leave us with questions about the world that may just help us do something nice and good. A courage that we can take with us. That is one of many magical things about horror. We find salvation in the darkness, and have fun while doing so.