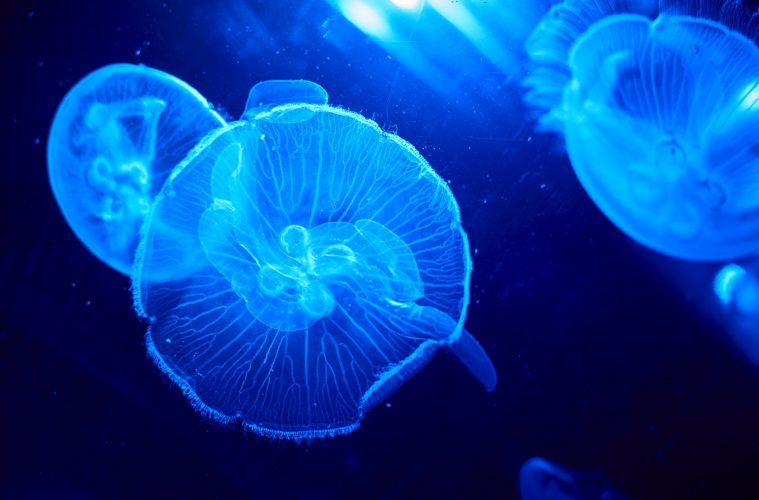 This week SEA LIFE Melbourne Aquarium launched Ocean Invaders, a new exhibit where jellyfish take centre stage. Over two years in the making, the exhibit provides a rare opportunity to relish in the luminous beauty of both local and international jellyfish species in their thousands.

Providing a full sensory experience for visitors appears to have been a high priority for the aquarium’s $1.5 million development of Ocean Invaders and redevelopment of the space. The exhibits very first enclosure sets the tone. A spherical tank appears out of the dark like some kind of giant fluorescent blue crystal ball inviting visitors to reach out and touch the water being pumped around its exterior. Ocean Invaders clearly wants to satiate the desire of some to get close while protecting its precious invertebrate inhabitants under thick perspex. 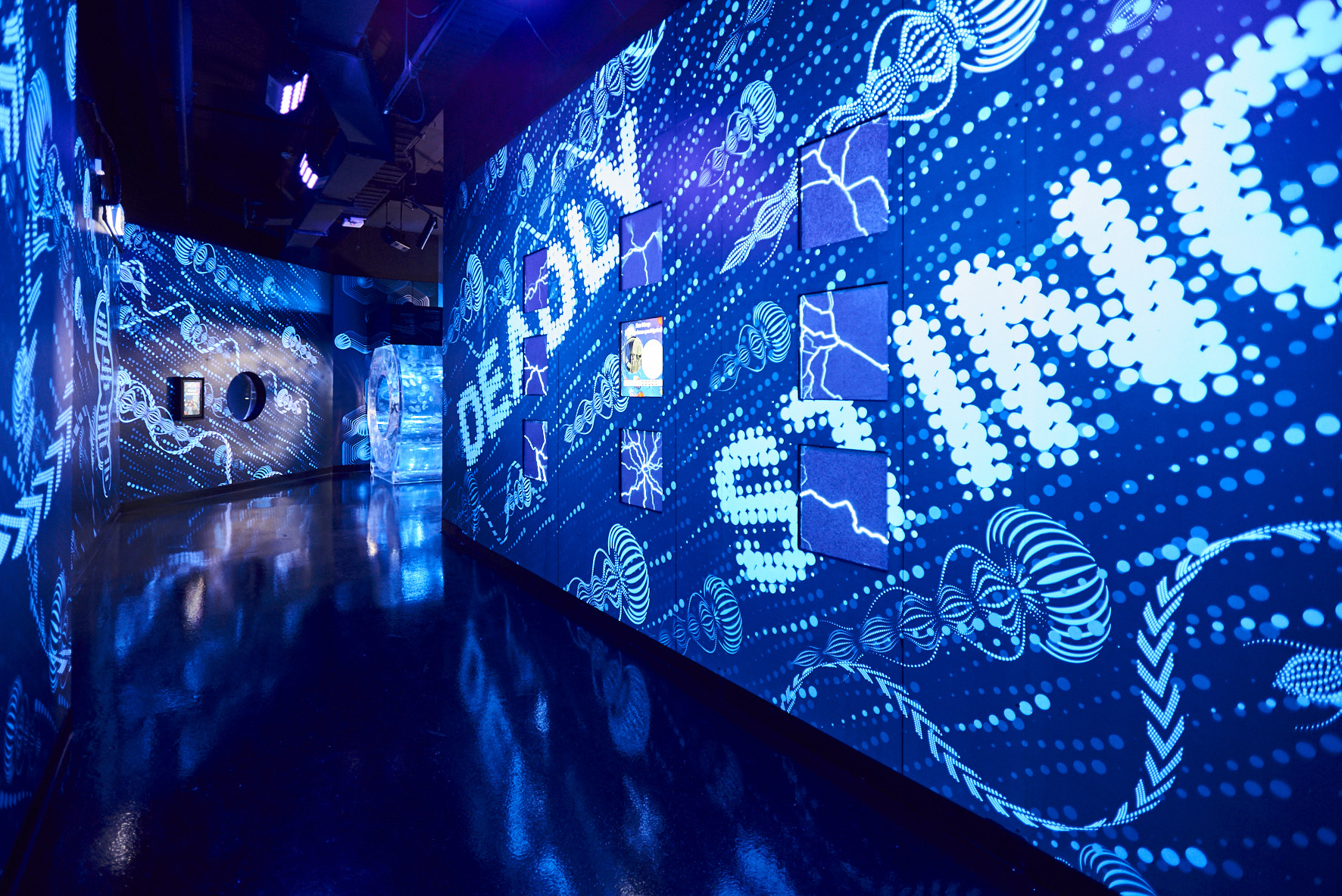 More than anything it’s the thrill of immersive visual splendour which the exhibit aims to please. Visitors encounter an aesthetic which could be straight out of the virtual reality world of Disney’s TRON franchise. Lighting effects highlight the natural neon hues of many species and provide colour pops of pink, green and blue hubs across the three interactive zones. Other jellyfish with bodies in pale shades of white are no less enchanting. Illuminated enclosures allow visitors to study their alien-like transparent exteriors in detail and speculate at how their long delicate tentacles aren’t permanently entangled. The circular design of the tanks explains the aquarium’s staff is intended to prevent the creatures getting tied up in potentially hazardous corners.

Although Sea Life’s primary market is children and their carers, Ocean Invaders feels like an equal parts grown-up space. This duality can be traced towards the general ‘trendification’ and merger of traditionally family focused events with activities usually the purview of adults. Think White Night and the recent wave of Instagram friendly major exhibitions such as NGV’s 2018 Triennial. Get ready for your social feeds to be inundated with photos featuring the green lit donut-shaped tank which is strategically located under very flattering cool-toned lighting. 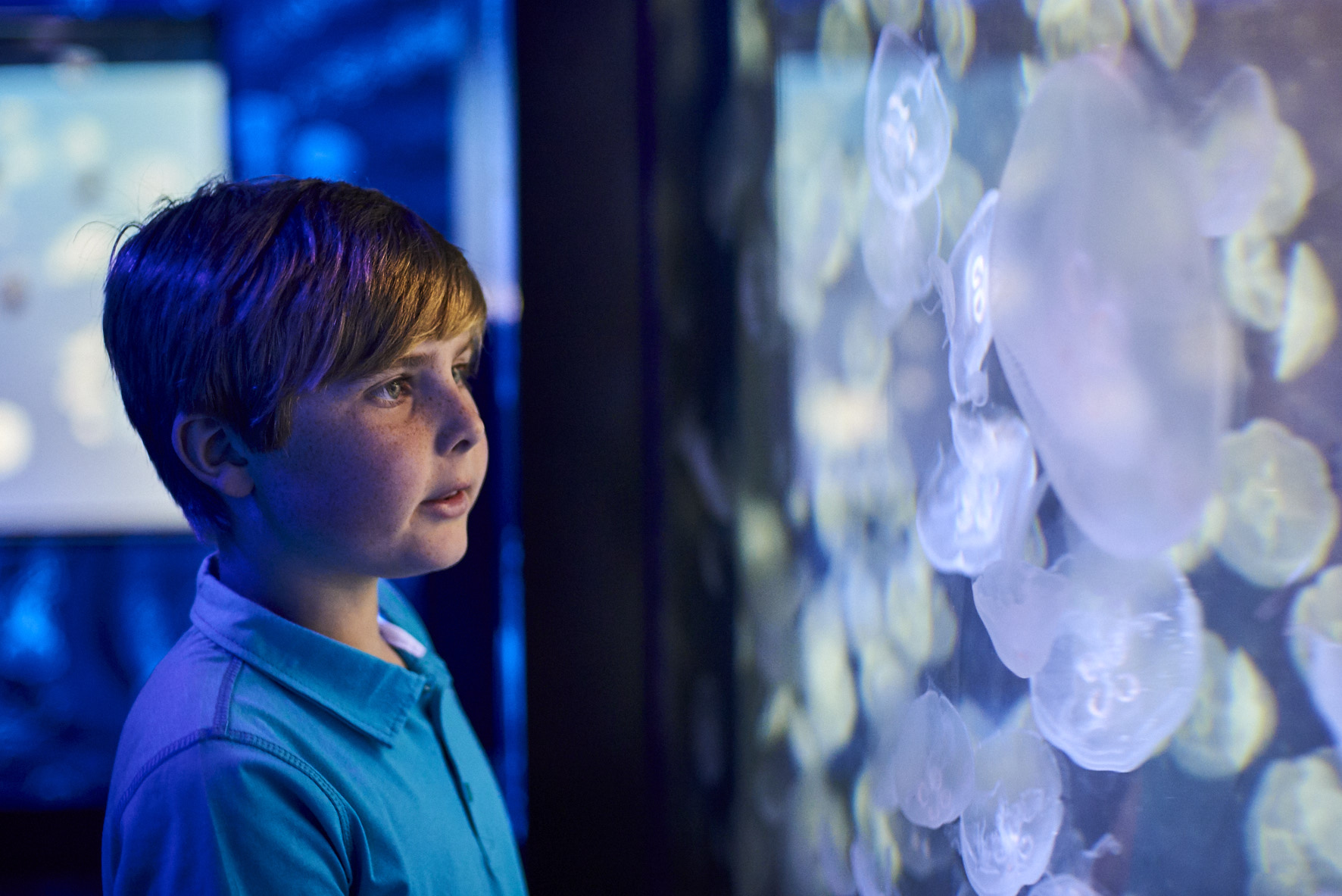 In most instances, Ocean Invaders strikes a good balance in catering towards multiple audiences. Very young children may be overwhelmed by the elusion to lightning flashes and the audible assault of one display which comprises primarily of touchable wall panels representing the electric current produced by box jelly fish. Although both slightly older kids and adults will enjoy channelling the same kind of wonder they experienced with plasma balls, usually first discovered on a school excursion to Scienceworks or their counterparts outside of Victoria.

Interactive information stations ensure that small hands and curious minds are kept busy. Ocean Invaders refers to the recent dramatic increase in the populations of many jellyfish species in our oceans and the exhibit demonstrates the scientific factors behind this rise in numbers through gamified displays. Visitors can also get better aquatinted with the jellyfish lifecycle or understand their anatomy from short videos presented by experts and easy to understand animations. The Jelly Lab, an operational breeding laboratory, is perhaps the jewel in the crown of the educational component, complete with hundreds of cute jellyfish in various stages of development. 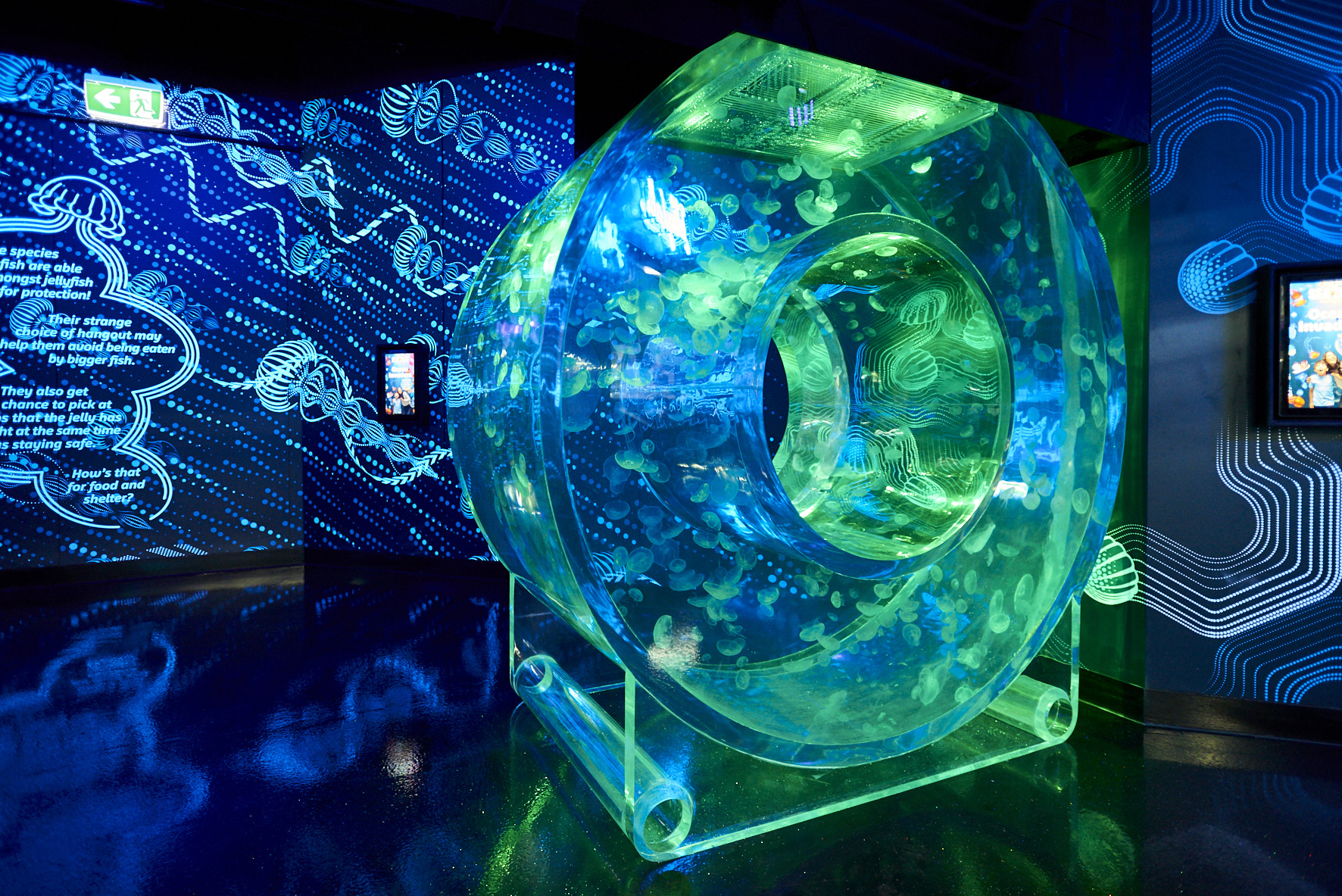 Taking up over 300 square meters, the exhibit doesn’t necessarily feel enormous, but you’ll most likely want to take your time making your way through it. The energetic visual hit brought on by the exhibit’s design is evened out by the slow float of the jellyfish which takes on a meditative quality. For those who haven’t been to the aquarium for a good while, Ocean Invaders is reason enough to head back. It’s the most enjoyable experience you are likely to have surrounded by jellyfish with almost zero risk of getting stung.

Ocean Invaders is a permanent exhibit now open and entrance is included in the admission price to SEA LIFE Melbourne Aquarium. 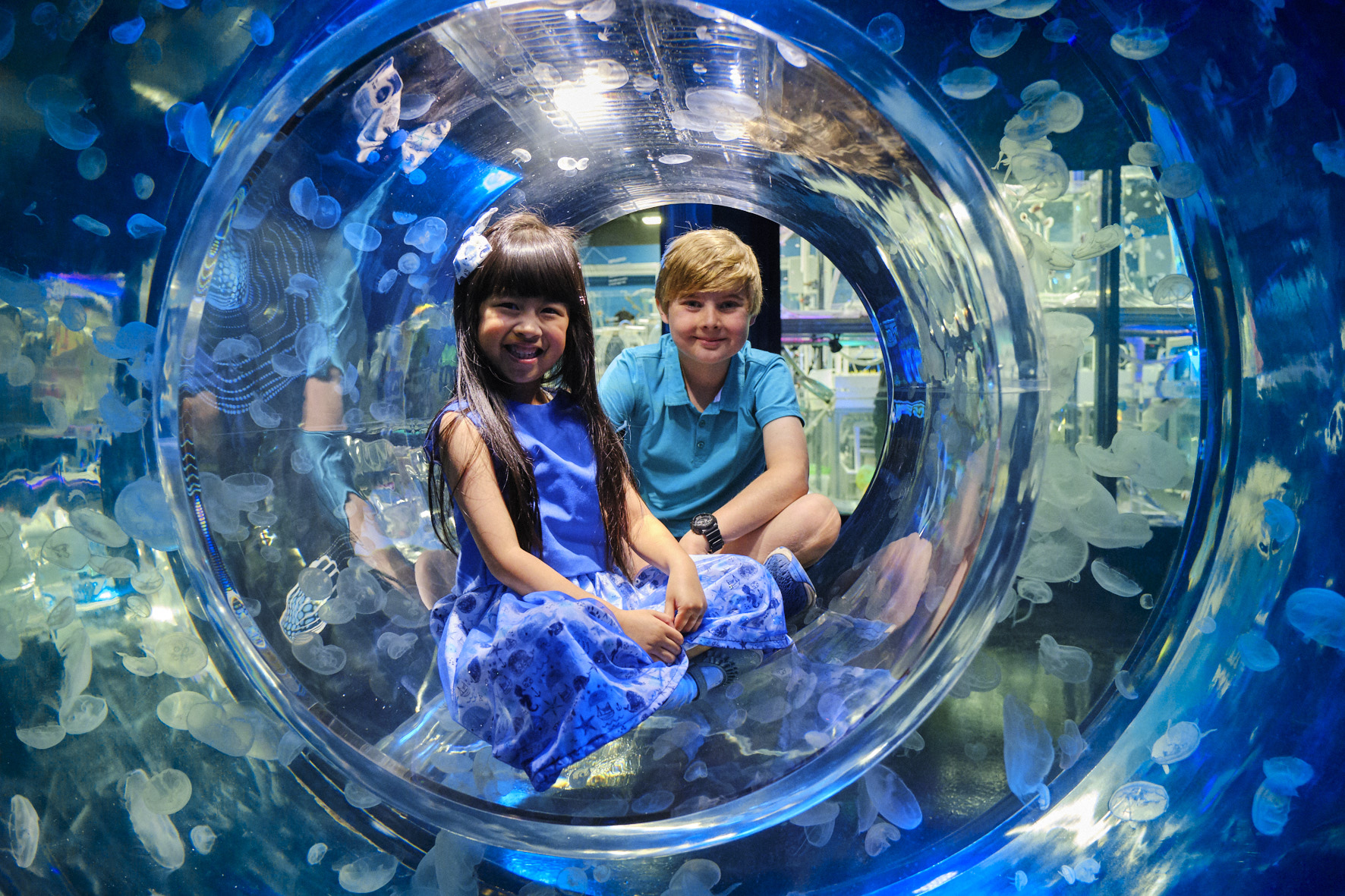 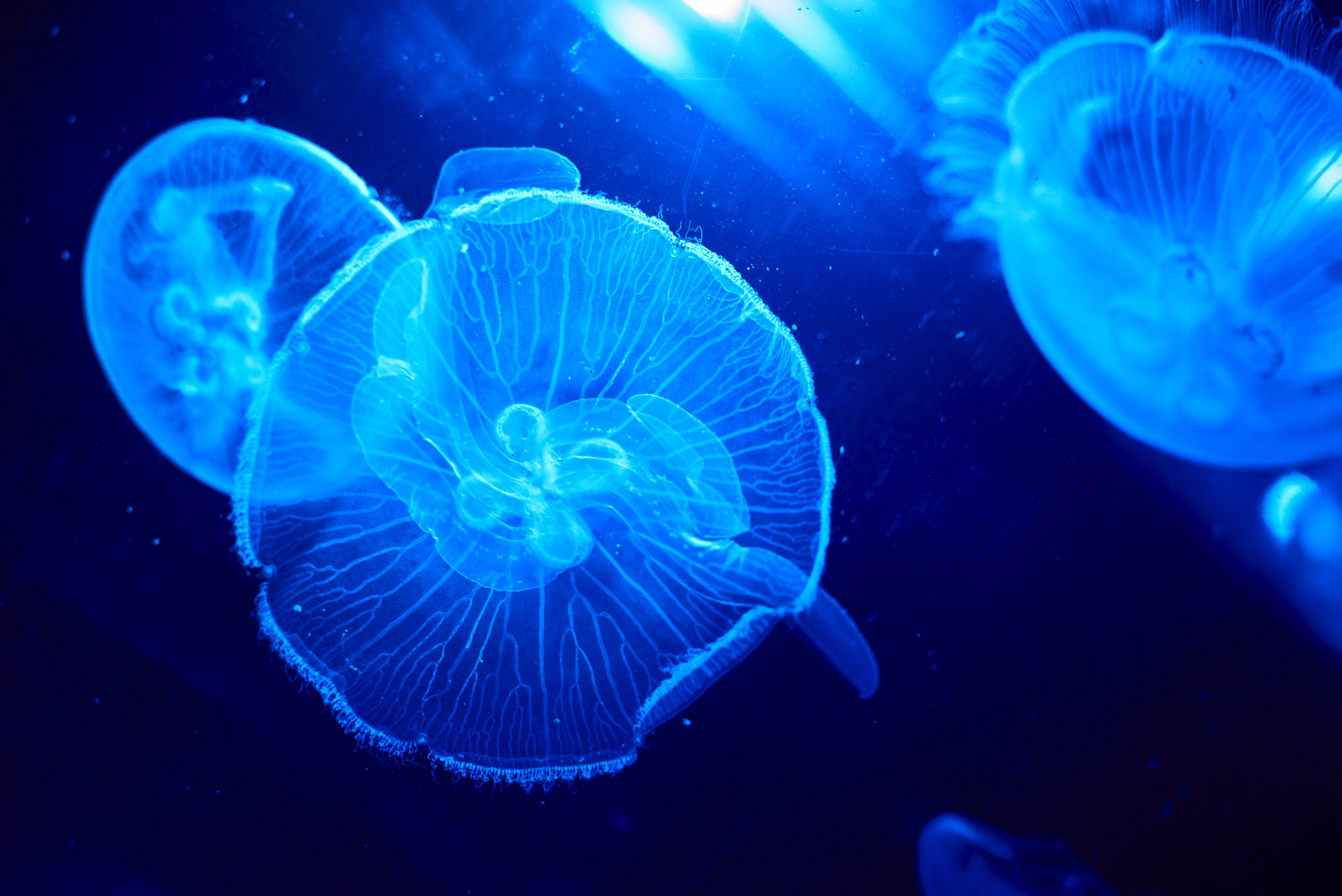 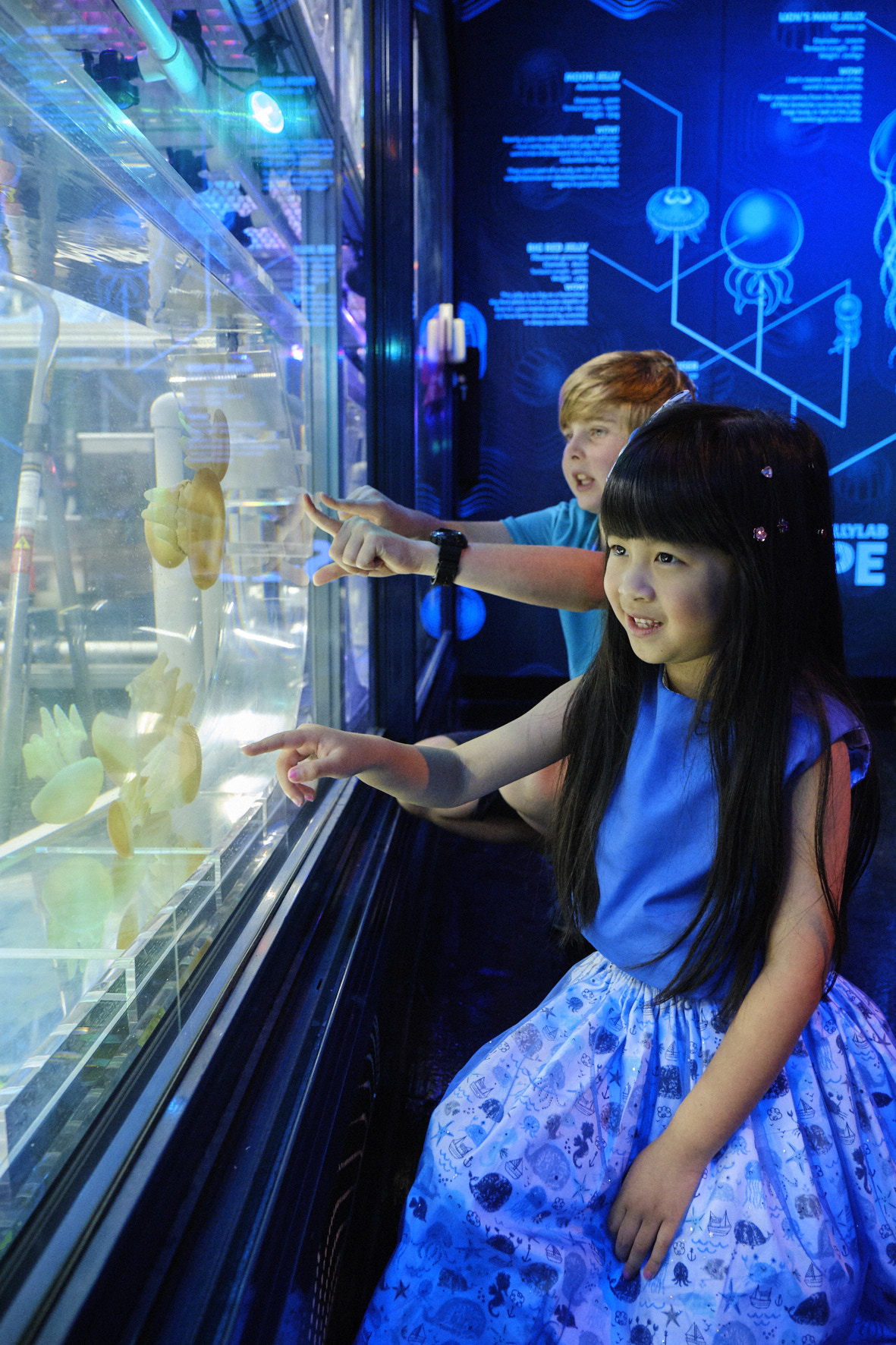