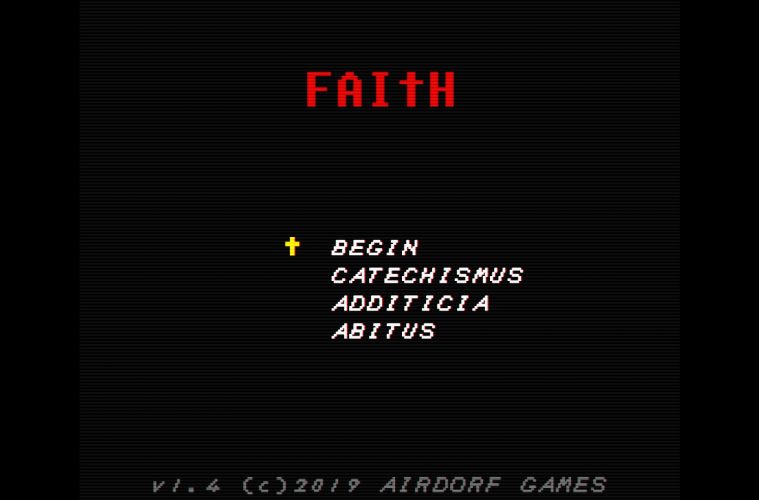 FAITH: The Unholy Trinity (Chapter I)

This review may contain minor spoilers for FAITH: Chapter I.

“…What I’m about to do has not been approved by the Vatican.”

Released originally in 2017 by Airdorf Games, “FAITH is a pixel horror game inspired by the era of MS-DOS, Apple II, Atari, and ZX Spectrum classics”. Set during the eighties, the game takes strong influence from that decade’s Satanic panic.

Most of the game involves searching the house and nearby forest for notes. You’ll have to keep spirits at bay with your cross, but otherwise note hunting is what you’ll mostly do. It’s how FAITH: Chapter I reveals most of its narrative. Through the notes you get a good insight into the setting, surrounding events, and the lead-up to the botched exorcism. 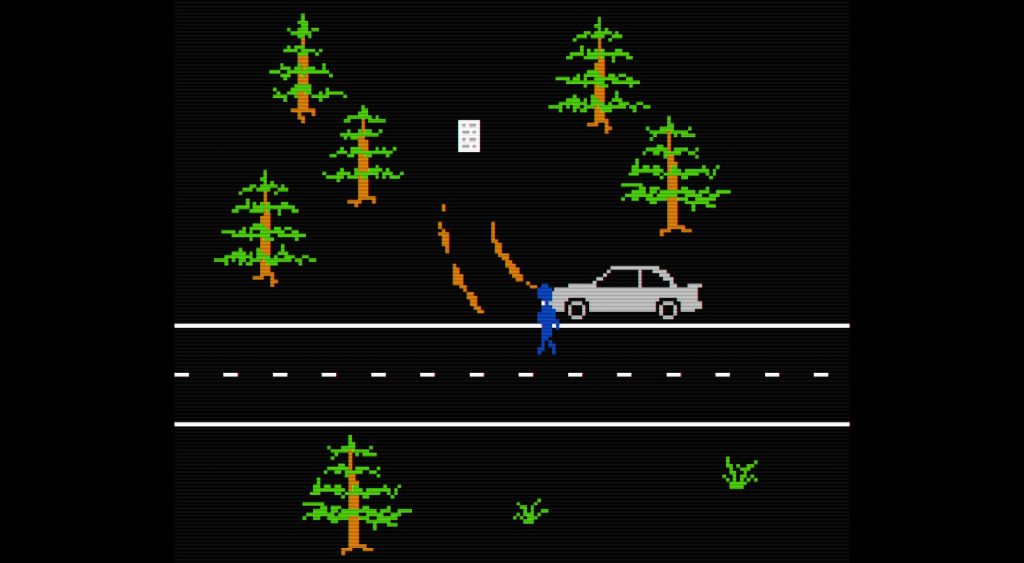 FAITH: Chapter I utilises rotoscoping in some of its cutscenes. Along with the 8-bit graphics, it makes for a very artistic touch to the game that builds on the horror vibe; especially in the case of the possessed Amy. Occasionally there’s “voice acting” through the use of speech synthesisers which adds to the feel, and the chiptune music further enhances the experience. Thankfully there’s plenty of times where you only have sound effects when exploring. It leads to a more tense and unsettling atmosphere.

In its short runtime FAITH: Chapter I handles its story, “combat” and exploration well. Its artstyle and horror elements work together effectively, leading to some quite scary and horrifying moments.

FAITH: Chapter I and II is available on Itch.io, GameJolt and IndieDB. Alternatively or you can get it on Steam as The Unholy Trinity which comes with a demo of the upcoming Chapter III. 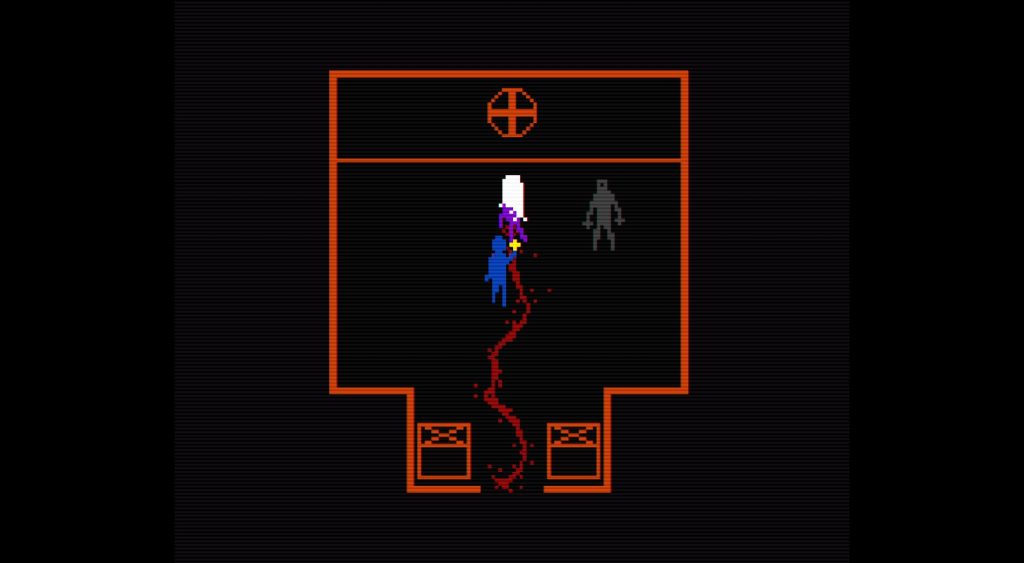