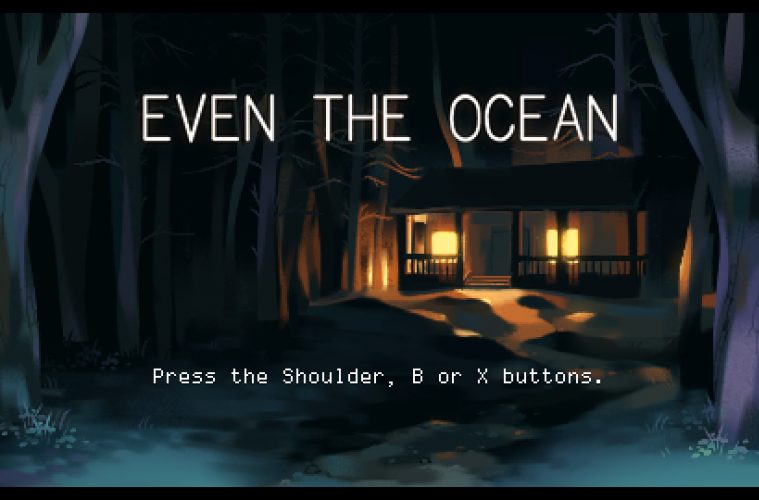 Even the Ocean: A Peaceful and Meaningful Journey

This review contains minor spoilers for Even the Ocean.

Even the Ocean, a game by Sean Han Tani and Marina Kittaka under the moniker Analgesic Productions, is honestly a game I would have never expected to be so emotionally gripping, yet enjoyable to play. As someone  drawn to rich, character-driven stories, on first glance it seemed just like a typical indie platformer to me. However, it definitely goes deeper than that.

Initially released in 2016, the game puts you in control of Aliph, a fledgling Whiteforge power plant engineer. Aliph goes on her first mission alongside a more experienced engineer named Cassidy. Their task was simple enough; to check out the Fay Rouge power plant, repair it, and return home without any issues. Unfortunately this ends up in disaster as a freak accident destroys a bridge they were on, resulting in the death of Cassidy and damage to Aliph’s suit. Now armed with her suit’s shield-shaped remains, she has to go in alone and fix the broken power plant, then return home with the terrible news.

When Aliph returns Mayor Richard Briggs tasks her with fixing all of the continent’s malfunctioning power plants. However, something feels off about her mission as it seems like there’s more to the malfunctions than first advised.

Moving through Even the Ocean has this weighty but responsive, Mega Man-like feel to it; it makes the platforming feel very natural and fluid. Each area has different elements to deal with, such as spring platforms and water spouts, among others. Whilst adding variety, these also help the areas feel more like something you’re exploring rather than just moving through.

Throughout each power plant you’ll find little plants and energy fields that give you either more light or dark power; both shown in a singular bar. The light/dark bar has a dual function; It serves not only as a health bar of sorts, but also as an indication of what powers you can use at any given moment. Having more light power gives you a higher jump; More dark power gives you more speed and a longer jumping trajectory. 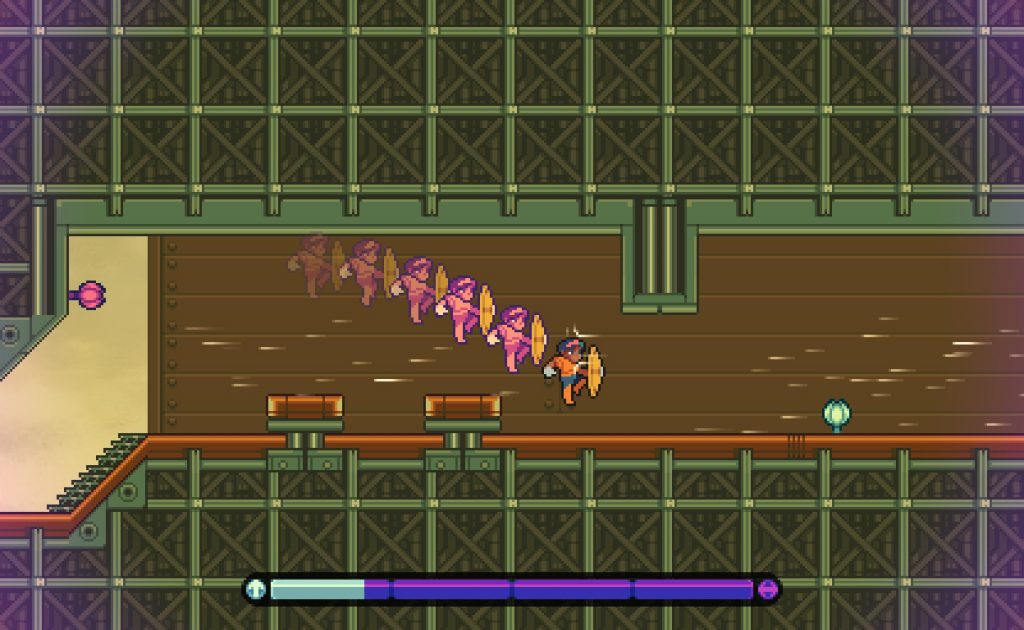 Even the Ocean also has some puzzle elements. In each power plant you make use of lenses to complete connections to their mainframes. Whilst starting simply enough, as you traverse through the plants these sections increase in difficulty. You can alter the difficulty by either balancing out your bar and taking things more slowly and methodically, or skewing it with more light/dark, allowing you to move faster at the cost of having to move through each area with greater precision. Even the Ocean does not feel like a difficult game overall. However there definitely is a bit of challenge, even if that is controllable to some extent.

The game’s music is mostly minimal, calming and soothing. Whiteforge City’s theme feels very inviting, whilst the overworld is more soothing. The themes for the power plants also remains in this vein, though they also carry an undercurrent of danger befitting of their design. These, along with the other compositions are simple, yet effective in how they fit within their respective locales.

Each of the characters feel very human and complex; their dialogue reflects this to a tee. Experiencing little portions of the narrative – such as a small, albeit tragic love story and reconciliation – and the way characters react to certain events in the game, is something I didn’t expect to find as moving as it was. Despite the lack of voiced dialogue, you can easily feel the weight and emotion of each character’s words; especially during moments like when Aliph sings the song “Even the Ocean” to soothe a character over the loss of their partner. 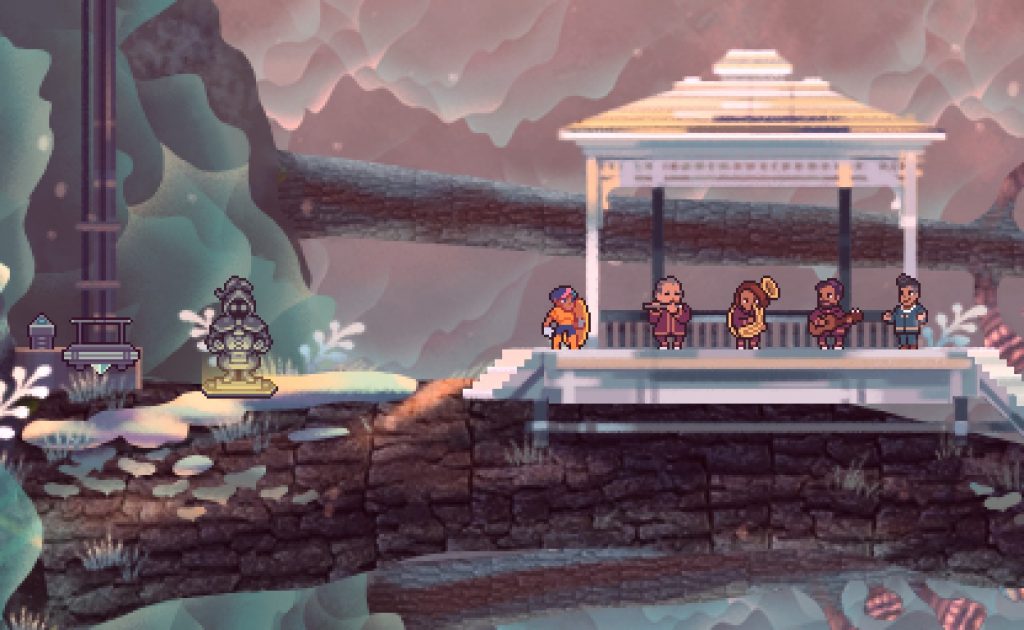 There’s some well-written interpersonal character interactions in Even the Ocean, as well as a few interesting, thought-provoking moments throughout the narrative; all of which is aided by a wonderful abundance of representation interwoven throughout the game. Same-sex couples and marriages, and Aliph being a female person of colour helped make the world feel richer, better developed and more cohesive.

I didn’t expect Even the Ocean‘s short, touching character interactions to have as much of a human element as they did. It made experiencing each town’s little stories and characters a real treat. Sometimes the game encouraged seeing these moments in order to progress, but it never felt forced.

Even the Ocean has choices geared toward speedrunning; Through the settings you can change certain things like Aliph’s speed and the loading speed of animations, among others. That said, for your first playthrough I highly recommended that you soak in everything the game has to offer. Talk to all the NPC’s. Immerse yourself within the story and world. You’ll be glad you did.

You can find Even the Ocean on a variety of platforms, including Steam, GOG, itch.io and Nintendo Switch in the eShop.