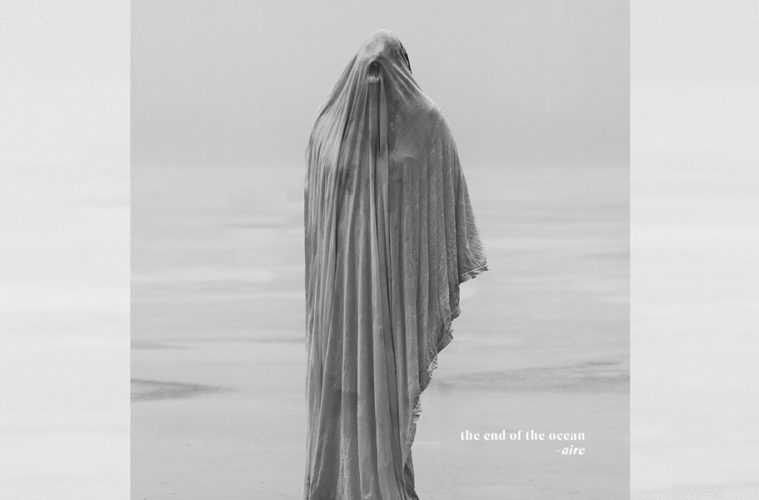 The End Of The Ocean: -aire Review

It’s not long before -aire announces itself as a lively-sounding album. Generally the songs hit a bit harder and put out more energy than what’s on the typical post-rock album. There’s also a bit less of a focus on being cinematic and emotive, but those elements are still there.

In places -aire sounds influenced by post-hardcore, or at least melodic heavy music. The songs are more direct but still blend in more indirect sources which leads to a sort of harmonious contrast, so to speak.

Another way of putting it is that the songs unfurl gradually and have breathing space. The End Of The Ocean also know when to fill that space with loudness. If they were just one thing and not the other then the songs would be pretty boring. If the loud sections felt like they were there for the sake of being there, then they’d drag. Instead the songs remain a strong sense of dynamic interplay whilst also remaining nimble.

To The End Of The Ocean’s credit, they are a talented group. There are some really good songs on -aire­; possibly some of the best that The End Of The Ocean have ever crafted. There’s a clear indicator of how each member contributes to each song. Overall they feel more like a group of composers than a band. Furthermore, their music is often based less on the performative aspect of music. As such, it’s easy for the music to pull you in without you thinking about the band behind it.

Unfortunately almost from the beginning of each song you get told what the mood is going to be and how you’re meant to feel. Furthermore, the push for the cinematic and atmospheric is still quite dominant. This isn’t necessarily a bad thing as it can make for some great music. However, The End Of The Ocean sound like they’re moving past post-rock clichés, or at least recontextualising them by finding new approaches to old tricks but haven’t gone as far as necessary.

With that said the way that The End Of The Ocean handle these issues is significantly greater than most bands of their ilk could ever claim. Whilst blunt, the album isn’t by any means bad. -aire does make for a satisfying listen due to how everything connects and the emotional aspect is not necessarily unwelcome. The cinematic nature and atmosphere of the music is still there but it’s not dominating the songs. There are some big, grandiose endings but often they’re an earned payoff. The songs embrace the idea of a journey more as a natural aspect rather than something that is there for the sake of being there.

-aire is a well-developed release that does well to show The End Of The Ocean’s growth. A good deal of work went into the album and for the most part it pays off. -aire is adventurous and interesting, but it’s more of a mid-growth album than it is a definitive statement. It needs to be stressed that this is not in any way a bad thing. There are some flaws, but there is a great deal of promise. The further they move away from the cinematic and the emotive drawl, the more exploratory and developed a band they become.

All said, -aire is worth the time.

The End Of The Ocean’s -aire is available here.