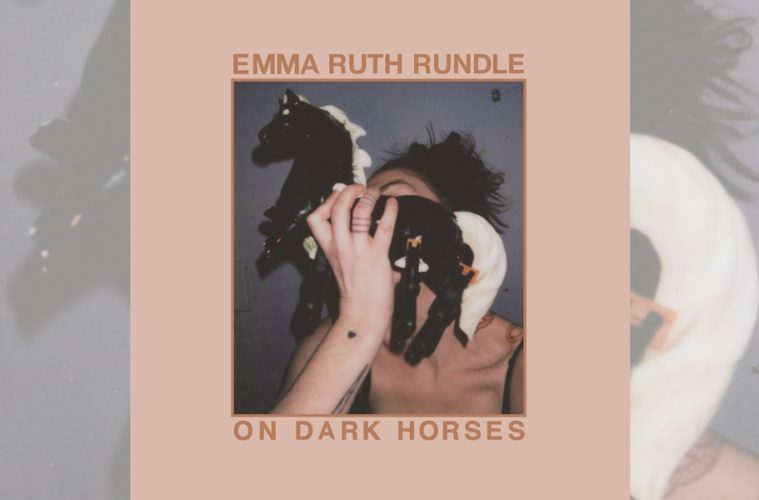 Emma Ruth Rundle’s latest album goes by the name of On Dark Horses.

The album opens with no introductory passage. There’s no buildup, no time spent getting people ready. “Fever Dreams” just starts. An intro would have been fine, but starting On Dark Horses by jumping straight into the song works better. The album is lean in a number of places, so retaining an intro would have been superfluous in this case.

“Fever Dreams” does a lot to illustrate how the album flows. There’s a bit more “rock” this time around. There’s also more of a contrast between the verses and choruses which have become deeper in a sense. The sound is thick and warm, and the band flows effortlessly and naturally. The songs are, overall pretty direct and use their time carefully. Anything that needs to hit hard hits hard well; Anything that needs to be more restrained is softer without feeling forced.

Emma Ruth Rundle’s vocals are as strong here as they have been. She still displays an excellent degree of control and power in her delivery. However, her vocals are a bit more tempered this time around. There’s a kind of vulnerability, but there’s also a greater confidence coming through. For the songs it works really well as Emma Ruth Rundle’s delivery remains smooth. Her singing allows for both clear lyrical understanding, and the ability to treat the vocals as another sound in the music. There’s no discernible struggles at any point.

The lyrics seemingly come from a personal space and, at times have a fair bit of weight behind them. However, they don’t come off as heavy this time around. Part of this is due to Emma Ruth Rundle’s vocals carrying the lyrics well. At no point is there an awkward attempt to force something into less space than available.

There seems to be a bit more reliance on reverb this time than on prior records; at least, in some places. It’s becoming a bit of a wall. The songs are able to pass through, but it’s a wall that shouldn’t necessarily be there. The songs have a directness to them that doesn’t smack you in the face, so the reverb doesn’t add much to their impact. Conversely, it does do a lot for the overall atmosphere of the record, making it feel more vague and somewhat-expansive.

At it closes, On Dark Horses ends with the rather relaxed “You Don’t Have to Cry”. As “Fever Dreams” does well to open the album, so to does “You Don’t Have to Cry” in closing it. The song starts off quiet and a little more laid back and relaxed. There’s weight to the lyrics but they aren’t too heavy, Emma Ruth Rundle uses her voice well and the instrumentation carries the flow of the song both smoothly and effectively. “You Don’t Have to Cry” gets louder as it reaches its conclusion, but it still remains relaxed and calm. The song summarises On Dark Horses quite nicely. It doesn’t overstay its welcome and delivers as much as it needs to.

Both the song, and by extension On Dark Horses show that Emma Ruth Rundle and the people she plays with are confident in their craft. They don’t need to push everything as much as possible to make effective music. It’s clear that effort and passion has gone into the songs, but by not going all out the whole record is much better at showcasing their strengths. The songs work well and as a whole, so does On Dark Horses.

On Dark Horses is available here.