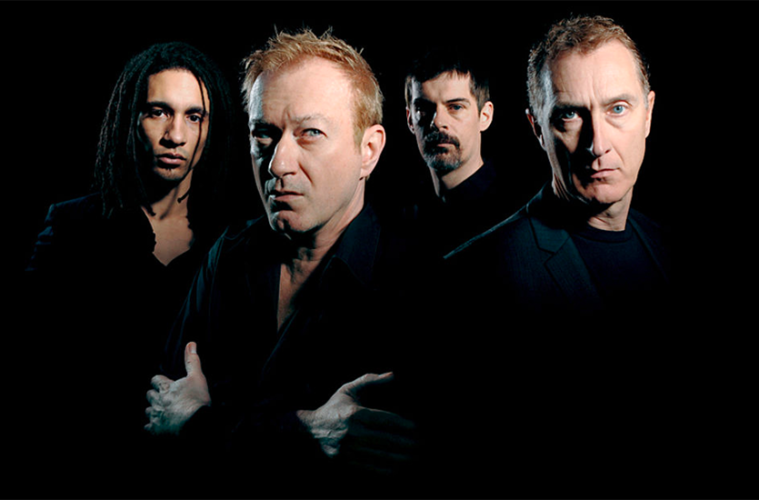 A Conversation with Andy Gill

Sean: So, I have so may questions and (am) still not sure where to start, but first and foremost, you’re coming back to Australia and you’re performing pretty much 80% of the world’s favourite post-punk album (Entertainment!). What made you want to bring it here to Australia?

Andy: Well I’ve always loved Australia and I love playing there and haven’t done it very often. I’ve worked with a lot of Australian artists in the sense that I’ve co-written or produced them, whether it’s The Mark of Cain from Adelaide, or Regurgitator – I’m friends with those guys.

Of course Michael Hutchence. I’ve a bit of an affinity with Australia and so I’m feelin’ pretty good about coming back.

Sean: I can imagine you would be, and what with this album is twenty years old? Is that where we’re heading?

Sean: Forty! My goodness. There we go, I’m reading it right now. Forty years old. I suppose you didn’t think, but when you were walking into the recording studio on the first day to make this album you were hoping to maybe sell one, two copies to your parents, but here you are now talking to a thirty-something in Australia about this album. As cliché as it is, what is that feeling for you to know that forty years ago you walked into a studio to do something and now you’ve affected the world?

Andy: Personally – and I got a lot of stick for this – but personally, back then, I felt that the music I was making was quite radical and that it would have an effect and that people would talk about it in the future, and I said things along those lines to my friend and manager, Rob Waugh – [who] was managing us at the time, and Jon King; they both thought that was very funny and ridiculous and pretentious.

Andy: But uh, I don’t know. To some little extent I’ve been vindicated, but you know, it’s a long time ago. I remember it very well. The studio: it was not a posh place. It was a bit of a grimy place down Old Kent Road and it didn’t have the… what we laughingly called reverb was basically a small speaker suspended over the toilet with a microphone in the ceiling so basically you got a kind of slap back from the porcelain.

Sean: Just the fact now that you’ve gone from basically singing into a toilet to just about to release a new album forty years down the track. Was there many toilet singing experiences?

Andy: Oh, no no no. It’s [a] very luxurious experience working on a new Gang of Four record.

I think a lot of the technology which has now come to computers is incredibly useful. There’s thousands and thousands of plugins that you can do all sorts of things with, and I love to play around with them just like everybody else does. I think “Ooh, what’s this gonna do to the guitar?”

I try such and such a thing on it and I say “Oh let’s try this”, and put something else on it, and you come up with these interesting sounds. I think technology is massively changed and has become much more widely available to everybody, you know.

Sean: That’s definitely true. With the first album you obviously would have had your influences – who you liked to listen to and whatnot. Then you in turn have influenced a lot of bands, but now as you are still releasing music, are you drawing influence from new things or are you still straight from where you were coming from when you were a young lad?

Andy: You develop a bit but I think the way I put the sound of Gang of Four together was to be strongly, very powerfully rhythmic but also to… I always wanted the rhythm section – the bass and drums to be super tight and to have a clever structure to them; a funkiness and a rhythmic structure. Very tight but, you know., very much not off the shelf, so invented from the ground up.

And then the guitar would either work with that and reinforce it or it could kind of work against it and try and destroy it. So there would be feedback just like smashing the tight rhythmic structure of the rhythm section, or there would be riffs that are just totally locking in with the vibe of the rhythm section. That was kind of the way I approached things then and it’s the way I approach things now I suppose.

It’s like you start every song from a certain position. You get an idea – it might be a lyrical idea, it might be a beat. Very often it’s a rhythm, it’s a beat, and you play around with it and suddenly you’ve got something that is drawing you in. You try this lyric on it, that lyric and before you know it there’s something up and running and it’s exciting.

So to me the process hasn’t changed that much. How you go about it looks a bit different. There’s different bits of technology, but ideas-wise it’s not a million miles away from what was happening forty years ago.

Sean: That’s very true, and I think there is that consistency of how a song is crafted with the band in general. As much as every album holds its own, you can kind of tie them all together with the way that they’ve been built and I think that’s an awesome gift to have.

Is there a song now that – a newer song or even an older song back when you were releasing the first album that you wished that “I wish this was my song. I wished that I had written this”.

Umm… I don’t know. This is a weird one: David Bowie’s “Fashion”. I just think it’s… it’s partly the production. It’s very, very cleverly put together.

I wish I’d written “The Passenger” [by] Iggy Pop.

You’ve gone from the songs you wish you had written to writing songs that have sent you around the world many times over, so I think you’ve done pretty good for yourself Andy (laughter).

So before I wrap it up, I’ve got a tendency now to be a jerk to the people that I interview and I know no one likes picking a favourite song from their new album. I know it’s hard, but I also know I’m a jerk so I’m gonna ask it anyway.

When HAPPY NOW gets released, what’s the first song that I should go seeking out in that track list?

Andy: Okay. If you wanna be really surprised, go listen to “White Lies”. Some people say “Andy, is this a ballad?” It’s pretty miserable, but it’s a song that gets everybody. So many people have said to me “I love that”. And apart from that, uh… the first track “Toreador” I like a lot.

Sean: I’m glad you didn’t have to spend too much time to choose. I didn’t make it too hard for you.

Andy: No you didn’t.

Sean: And one last thing before we do go, if I were to switch on your iTunes, Spotify, or whatever your music listening service or physical thing is, what would be the song I would find on the last song played?

Andy: Ooooh, umm…. Tell you the truth, the last time I was listening to Spotify was probably last week, last weekend, last Sunday, sitting in the car. (Note: This would have placed it around the 20th of January. The interview was finished a few weeks ago, but the transcriber engaged in a bout of idle hands).

I think I was just checking out a few things that I hadn’t heard of, just seeing what [was] going on. I wouldn’t say they were up there with my complete favourite things that I was listening to.

I think before that I was listening to some Stax Records from the 60’s, ’cause I think Steve Cropper is a great guitarist and I think he’s like the antecedent of Nile Rodgers; that kind of clever, slick, funky, knows all his chords…

Sean: Just makes his way over that fret-board like it’s nothing else.

Andy: He just dances like a ballerina over his fret-board.

Sean: No matter how hard I try, those people just make me pale in comparison (laughter).

Andy: Me too, you know. I’m pretty basic when it comes down to it.

Sean: It may be basic but you’ve got the song-building skills and you’ve been doing it for forty-odd, more than forty years.

Andy, I just want to say thank you so much for having a chat with me.

Andy: Thank you for talking to me.

Sean: And yeah, you don’t need good luck for the album release ’cause people are already keen, and you’re gonna be kicking our ears’ asses – is that a saying? – in Australia very soon when you come to perform the album.

Andy: Yeah. I’m looking forward to it; very much so.

Sean: Awesome. Well, thank you again Andy, and we’ll see you when you get here.

Gang of Four are coming to Australia in support of the fortieth anniversary of Entertainment! and will play at the following venues:

Gang of Four’s upcoming album, HAPPY NOW, is expected to be released in March and is available here.