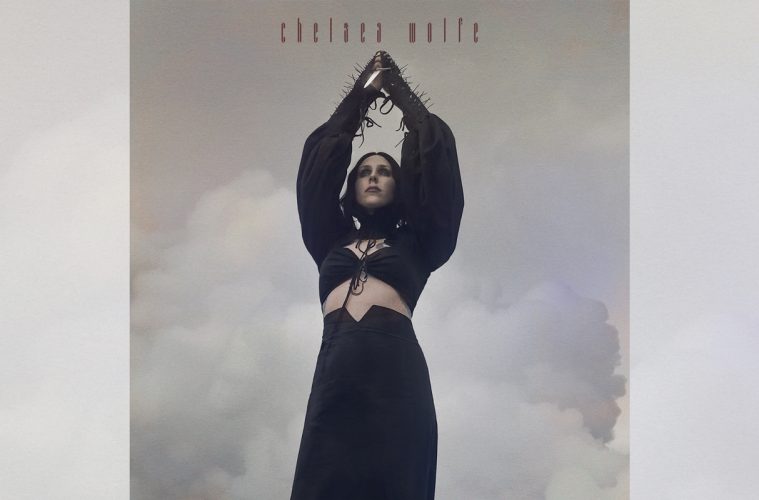 A “howling” sound reaches out, then Chelsea Wolfe’s vocals and clean guitar enter. A simple repetition plays whilst lyrics float over the sound. Eventually the song becomes something less quiet. It remains calm, but more expansive and evocative. As “The Mother Road” indicates, Birth of Violence is more subdued than some of Chelsea Wolfe’s prior albums.

That said, there still is a strong sense of the dramatic. Without distorted guitar and loud drums being holding prominence it’s more able to come forward in a less abrasive manner. It’s less forceful, allowing the mood and drama to come forward with a bit more of a gentle touch. The album remains heavy, though not through sounding as overt and as direct as possible.

There’s also a sense of fullness to sound. Some moments are sparse, but more often than not there is more than just vocals, guitar and drums. “American Darkness” involves soft sounds that seem to pulse somewhere in the background; The strings on “Be All Things” draw out the melody quite a lot; “Little Grave” makes effective use of building mass to give the song a stronger sense of weight. There are others that work well, but overall throughout the album anything additional to a song’s base goes a long way in enhancing atmosphere and mood.

Chelsea Wolfe’s voice is as strong as ever. Among passion, introspection and examination she brings forth a sense of tenderness throughout all of Birth of Violence. There’s something rather welcoming about the way she expresses and allows her voice to flow that feels like quite at home here; even when the conjured imagery is rather stark.

Where Birth of Violence shines most is however everything comes together. Rather than go for something big and full on, the album goes for the cleaner approach, though it remains rather full-sounding. It works in a way that leads to the whole thing having at times a dreamy feel; at others something more ominous and weighted. It does falter a bit by sounding rather compressed in places, as well as perhaps a little too much reverb spread throughout, but the songs stand strong. These were songs that required a quieter performance to work, and work well they do. They carry a lot more with a bit less, and do so effectively.

Birth of Violence is available here.