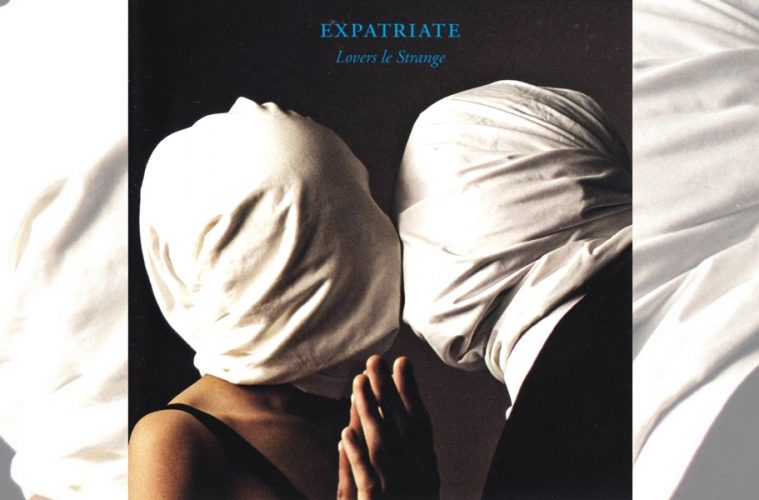 There are two origin stories on how I came to acquire this one:

The first is that I heard the band on FBi some time in 2005, then went out and purchased Lovers Le Strange, then forgot about it for a while.

The second – which, now that I think about it, is just as likely – is that a friend introduced them to me. They were playing “The Spaces Between” which I’d heard somewhere before (either on radio, or… on radio), and this led to my eventual purchasing of Lovers Le Strange. That would’ve been either 2006 or 2007. I think early 2007.

Anyway, at some point I played the EP in its entirety once. Maybe twice. After that I listened to “The Spaces Between”, a lot over a short period.

A while ago I decided I’d revisit Lovers Le Strange. It was one of those releases that would come into my thoughts every now and then, but that was as far as it would get. Instead I procrastinated as there was always something else I would prefer to listen to; at least until a few months ago when I finally put the EP on for the second or third time, wrote most of this in rough form, then went back to listening to other things.

I’ve had to keep coming back to Lovers Le Strange since as I’ve found it a difficult release to talk about.

The main note pattern of “The Spaces Between” is what kicks off Lovers Le Strange; it’s not a bad way to start. The song has a strong introductory feeling but it doesn’t stuff around. Clean guitar riffs along; occasionally a second guitar comes in with additional notation; the drums stay and punchy, and the bass provides most of the melodic variance.

The vocal delivery is somewhere between spoken and sung. It’s acceptable, but the vocals are too far out in the front, which is a reoccurring issue. The lyrics don’t follow a rhyming pattern; instead they go for a mundane form of poetry. They work up until the following:

“And I used to watch the way she moved / the way she crossed the park at night / to buy some milk / after staying in bed all day”.

The delivery of “milk” is so much more emphatic than both the preceding and following lines that it’s distracting.

In the last fifty-ish seconds, a lyrical refrain of “I truly love you I do” repeats until the song fades out. At first its fine, but the further on it goes the more tiring it becomes. Compounding on that is that the music seems like it’s just there to support the lyrics. The melody is interesting, but it too would’ve become tiresome without something extra. The refrain comes off as a compromise, but not one that benefits the song.

“Get out, Give in” fares better. Compared to “The Spaces Between”, it sounds more deliberate, moody and refined. “Give out, Give in” mixes acoustic and overdriven guitar, often quiet drumming, steady bass and impassioned vocals. Toward the end the song jumps in intensity for a brief period, then quickly drop off. The contrast is nice, but the louder section sounds empty. It implies bite, but the bite isn’t there; not in the music, anyway.

“Killer Cat” kicks off with a quickly-arpeggiating synth for a few seconds before all of Expatriate come in. From there, the band builds a driving rhythm and engages the song’s uptempo beat with much aplomb. “Killer Cat” sounds a little more linear than the prior tracks, but it also sounds much more pointed and focused.

The song comes off more flippant than serious; something that they overwrought vocals work in conjunction with the music reinforces. The lyrics describe what sounds like a tense situation, but the delivery is just a little too passionate. The speed of the delivery aligns nicely with the band’s playing and in turn pushes the situation into the ridiculous.

However, what the delivery probably does best is pull off the rhyming couplet of “Meow meow meow meow” and “Pow pow pow pow-pow” without it feeling off. They’re silly lines, but there’s something really charming about their getting the same weight as every other line on the EP.

“Aviation at Night” continues with the brevity and uptempo beat whilst also bringing back a moody feel. The song is a bit more snappy and moody, and Expatriate sound more like they’re going all out. The vocals also push hard which, considering the speed of the song and its good fit as a closer, is acceptable. The problem is that, whilst the vocals work well, they needn’t as much emotion channelled through them as they get.

The inclusion of a remix of “The Space Between” from Decoder Ring is pleasant enough, but it makes for a jarring shift from “Aviation at Night”. It also feels like superfluous filler. There’s probably an argument for it being a kind of palette cleanser, or that it looks at “The Spaces Between” from a different angle. There’s also probably an argument for time being the only thing it adds. I’m guessing Expatriate liked the remix enough to include it, but they should’ve kept it for a compilation.

It’s difficult to tell as to how much of Lovers Le Strange is the work of a band. Whilst the performance aspect is sometimes prominent, often the songs sound like they only exist to support the lyrics. This would be okay if the vocals weren’t frequently melodramatic. It would also be okay if the vocals didn’t sound as in front of the mix as they do.

This is a bit more of an issue on the first two tracks, which (among other reasons) makes me think that (at least early on) Expatriate worked better with constraints. “Killer Cat” and “Aviation at Night” sound much more complete and full than the preceding songs despite being shorter. On top of that, “Killer Cat” further benefits by not sounding weighed down by influence in the way that “Aviation at Night” does.

It’s probable that Expatriate had similar constraints when it came to “The Spaces Between” and “Get out, Get in”. However, I think it’s hard to deny that “Killer Cat” and “Aviation at Night” sound more complete even though they use the same set of tools.

Lovers Le Strange is overall a mixed bag. It being short works in its favour, but it doesn’t hold up to repeat listens. “The Spaces Between” and “Get out, Get in” both make for appealing pop, but they’re both feel like a missed opportunity. There’s a bit of subtle depth to quite a few of the lyrics, but often the delivery goes too far.

I have to admit that the songs are enjoyable. Despite everything I’ve said, Expatriate knew how to make something sound appealing and likely to stick in your head. They knew how to carry a tune and they knew how to be lively. More importantly, they sound confident. Despite flaws there’s a certainty here that a lot of bands lack.

Considering that Lovers Le Strange was an early release for them, I imagine that Expatriate improved over time. The problem is that, standout song “Killer Cat” aside, the best thing I can say about the EP is that the songs are passable. It’s not necessarily bad, but it could’ve been much better.