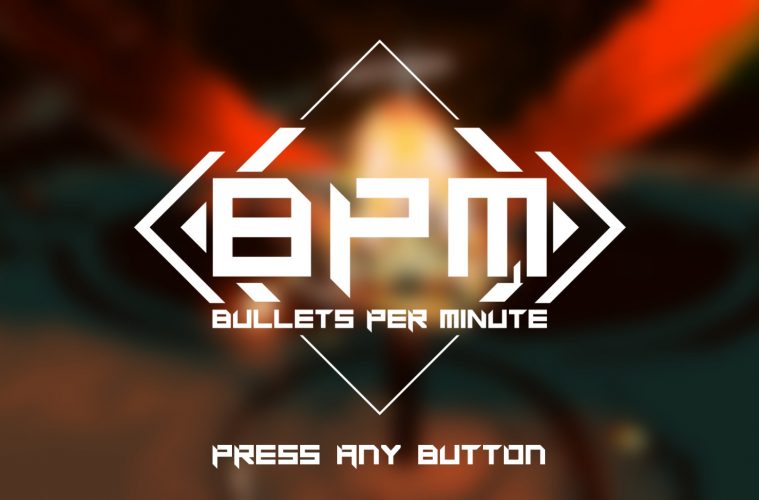 Recently I’ve gained a newfound love for old-school first-person shooters and their subsequent revival with titles such as Amid Evil, and Dusk, among many others. Whilst I’m not much of a fan of rhythm games, I recentlyfound a game that blended rhyhm and FPS gameplay styles together; subsequently I became addicted.

When you first load up BPM you might notice that Awe decided to over-saturate the colours to create a more hellish look. Whilst it’s an understandable choice and one that Awe could’ve forced onto players, thankfully if you find it to be a bit much you can adjust the saturation.

BPM borrows heavily from Norse mythology; you basically take a journey through Asgard, Vanaheim, Svartalfheim, and finally, Helheim. Fittingly you play as one of one of five different Norse gods. Each character has different gameplay tweaks, such as Freyr having exclusively armour and no health, and Odr who has neither armour no health, essentially making the game a one-hit run.

BPM has an interesting core gameplay loop in that you have to shoot, dodge and reload on the beat. There’s also little effects in the game such as a pulsating on the screen to match the beat. When you’re low on health, your heartbeat will be on beat as well. Little things like that reinforce the whole rhythmic aspect of the game well.

If you’re off-beat you get locked out of shooting your gun, reloading, or activating any of your three abilities. Additionally, there’s only two levels of difficulty: easy and hard. Even if you choose easy, the game’s learning curve might make things feel a lot harder until you slot into the groove. However , if you’re not able to slot into the beat easily you can change the timing window of the beat execution. Alternatively you can turn the beat off. 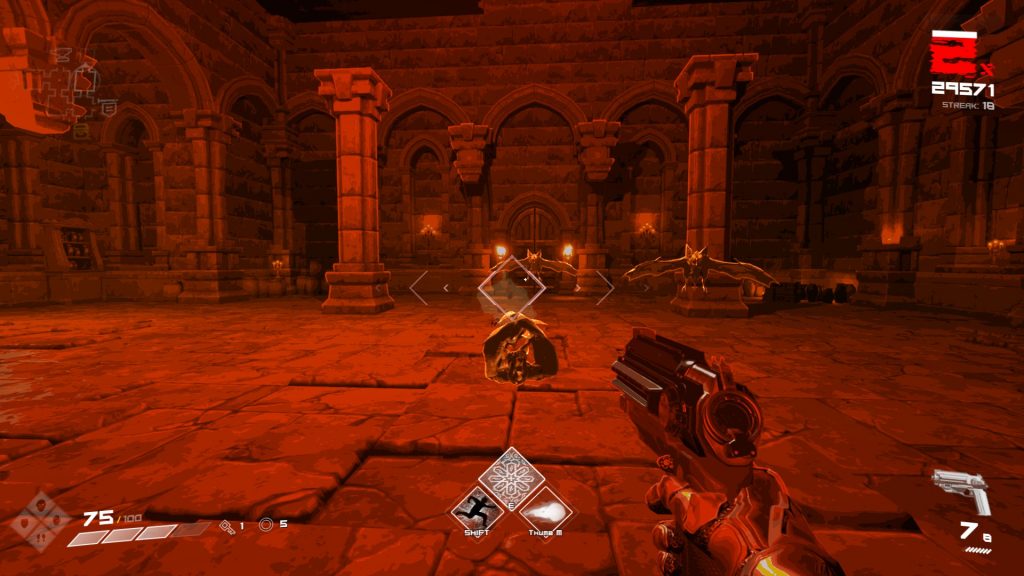 As BPM has roguelike mechanics, the layout of each dungeon changes per run. Thankfully the level modifiers you can encounter are plentiful; the midas modifier gives you more coins to spend at the weapon and item shops and altars you find; dark makes it harder to see enemies; space creates low gravity situations, and frozen enables ice physics.

Other modifiers include challenge rooms where you can run up to three gauntlets with a random chest spawning after you clear each run; relic rooms, where you can choose from one of four pieces of equipment, and chest rooms where, if you’re lucky enough, the room will spawn a damage barrier with another chest behind.

Most of the enemies you encounter are your general demon-fare, including bats, spiders and worms among others. Much like the player they have rhythmic cues for moving, firing and jumping. As a nice touch, some of them even have little noises that slip into the beat.

Each of the bosses you encounter at the end of each dungeon can change; each with their own battle loop to work with. Additionally modifiers such as size differences and their appearance (among others) affect the bosses, helping them feel more dynamic. 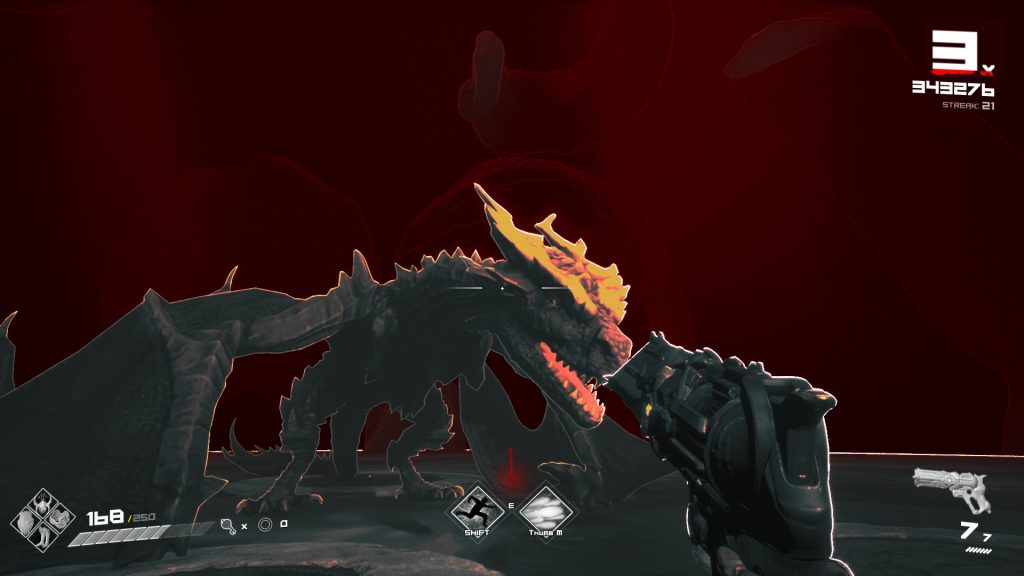 As with many roguelikes there’s an equipment system. You can equip your chosen character with footwear, a shield / armour, helm and hand items. These provide further modifiers such such as AOE effects, auto-aim and infinite ammo. There’s also a decent selection of weapons you can buy or find, such as a shotgun and a revolver. Other FPS staples like a rocket launcher, grenade launcher and an offshoot of Doom’s BFG make a welcome appearance.

And now, on to one of the biggest things about this game: The music.

Joe Collinson and Sam Houghton have created a soundtrack that fits the game well. According to Sam, one of “The main references for this soundtrack was early Muse, Origin of Symmetry/Absolution era”. Blended with elements of music you’d hear from games like Doom, the soundtrack does a great job in either heightening tension and making you feel like a god when you’re on a great run. It fits BPM‘s environments and situations tightly; It also easily gets you into the groove of things which is good, considering the nature of the game.

Overall I didn’t think such a mishmash of styles wouldn’t actually work. Well, Awe Interactive have made their mark with an innovative take on the retro FPS genre. They expertly combined elements of rhythm combat and roguelike mechanics to create something special and unlike anything I’ve experienced before. The game handles well,

You can find BPM: Bullets Per Minute on Steam here, on GOG here, and it will be released on consoles in 2021. 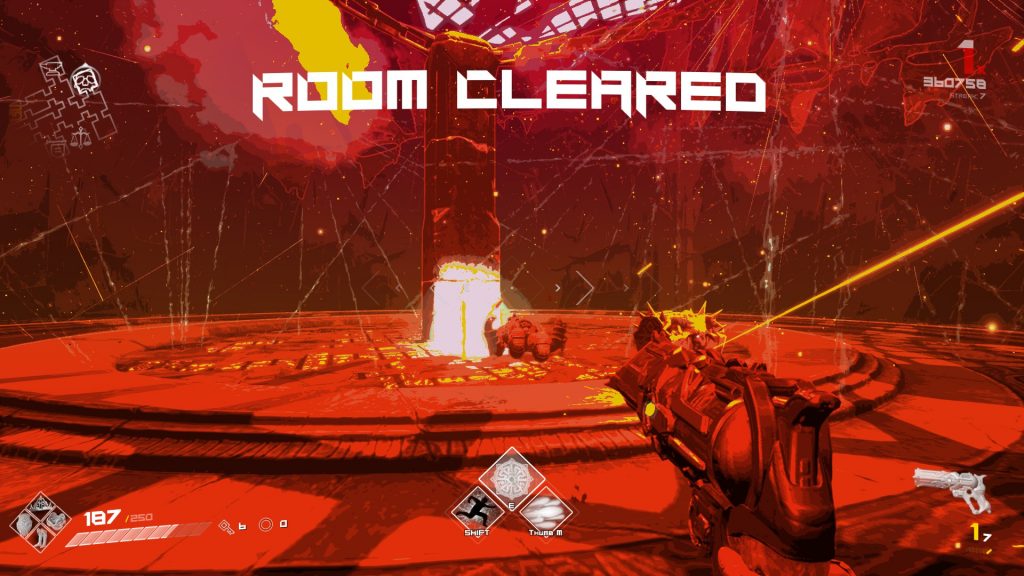