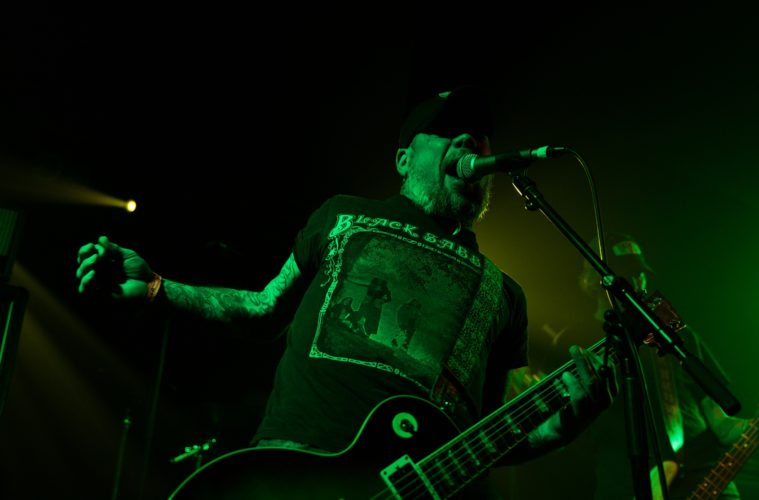 “We’re Loose Unit from down the road”.
Loose Unit’s opening words belied how blistering their set was. Screamed vocals, cutting guitar and bass and hard, tight drumming drove them forward to a small, yet appreciable crowd.

The cover of the VB commercial song was an interesting touch. Much like the rest of their songs, aggression masked a sense of irreverence just the right amount.

Toward the end of their set Loose Unit began the wear out their welcome, but they still remained a sold enough act.

Black Rheno soon followed. They blended out-and-out heavy aggression with rock and a bit of funk quite nicely.

Wasting little time, the band got onto stage and dived right into the meat of their set. They made good use of the space afforded to them and moved about as though the energy they were channeling was taking over their bodies.

During this Black Rheno did not slow down once. They just kept on going and drove on into the rest of their heavy set.

Of course the best for last came as the last act of the gig: Bongzilla.

From their being live and in the flesh a thick, warm, sludgy sound burst forth and spread out through the venue.
They commanded everyone’s attention with just how smoothly they were able to deliver.

Song after song poured out and carried the audience along, putting them under and holding their attention.

Bongzilla sure know how to ride and jam on a riff. Building and diminishing was pretty subtle when it came to them doing such things; Eventually you’d realise that whilst under their spell, a song had morphed without your noticing. Then you’d go back under and float along.

Beyond that their sound hid just how tight of a band Bongzilla were. Their music sounded loose, but at the same time there was a natural precision within the band. It was clear that each member knew how to feed off each other, as well as when to come in and out with various parts for maximum impact. Essentially the band were an incredibly tight unit that sounded significantly less rigid than their skill implied.

Eventually Bongzilla had to leave, but they left an audience satisfied. Their set was a joyous ride the whole way through. They played just the right amount and did so without delivering a single bad moment.

Here’s hoping they’re out again sooner rather than later.