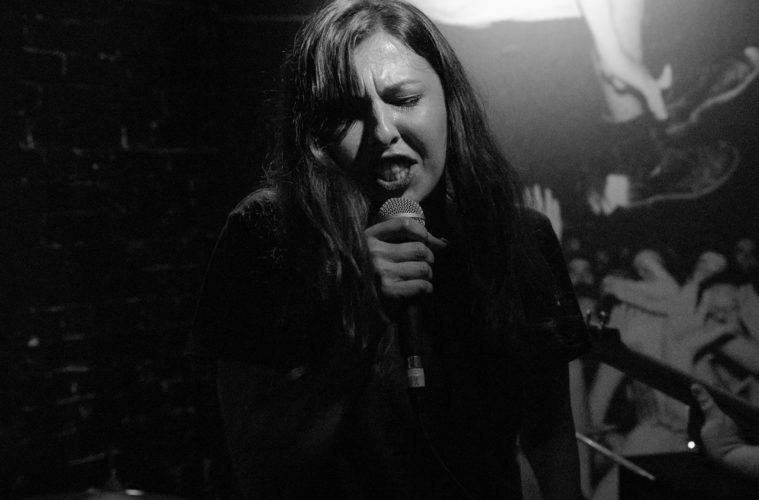 Disclamer: in the interest of journalistic integrity, it is important to mention that I played at this show.

I played at this show.

Now, with that out of the way…

First up was me, playing my greatest hits. The set was aggressive and there was much screaming. Whilst there were a number of mistakes, the present and politely-watching audience seemed to enjoy the set. At one point later in the evening, the singer of the act that followed said to me that I was “fucken’ sick”. Along with others saying that they enjoyed the set, it reinforced the idea that the audience enjoyed what I played.

Following my performance was the significantly better Behind You.
Behind You’s set was quite intense. Strong percussion and guitar effects set an effective foundation for the front-man to rap over.

There was a physicality Behind You’s performance. The front-man used whatever space was available to move around quickly and somewhat-aggressively, which meant getting right into the front of they audience at times. Whilst the front-man was the most overt, each member played with a good deal of energy.

Usta came on soon after and played a blistering set. Each song came quick and hit hard. Whilst bass-heavy, everyone came across clearly as their sounds blended well. The vocals were strong and the percussion was excellent. The guitar and bass drove along smoothly. Each member locked into each other quite well, which came through in how tight they were as well as how well they performed. The audience reacted positively to the set and in turn the further into their set they were, the more apparent it became that Usta were enjoying the set just as much.

Closing the gig was Yes I’m Leaving. They played hard and gave a really good performance. Whilst there was a lot of energy and force in their playing, what they played did not feel like an assault. Whilst there was certainly a form of aggression in their songs, it felt more like it was due to the flow of the songs rather than a forced desire to beat down the audience. Essentially, they had a good balance between each element that made up their songs.

Their vocals ranged from shouting to something between speaking and singing, which matched the songs nicely. Despite a fair bit of noise in their performance, Yes I’m Leaving had a great deal of structural clarity. They made for an enjoyable, appropriate closing act.

Overall, the small event was a good one. It’s hard to know if this is a one-off for Sonichimæra, but hopefully BestWurst isn’t. They did well in band choice as each progressed into the next quite appropriately. Despite some differences in sound, there was a common thread between each band. Everyone played as best as they could and in turn there was high audience satisfaction.