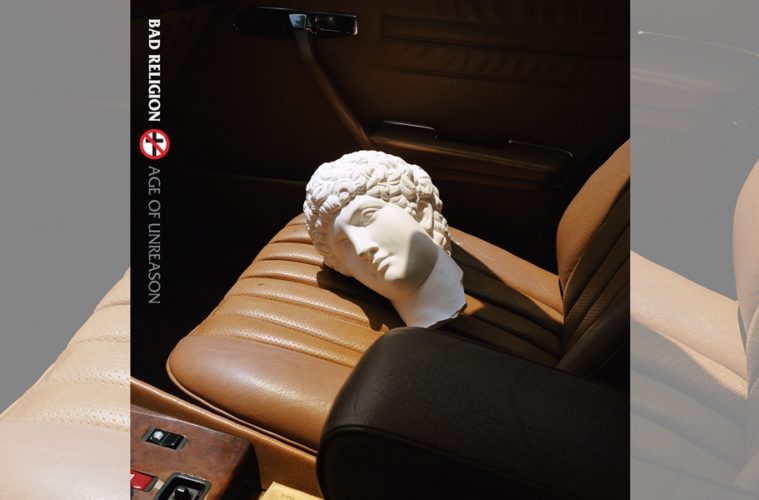 Bad Religion are one of those bands that have been around long enough to have what one could describe as a career. Furthermore, they’ve released more than two albums.

What’s there to say about Bad Religion’s Age of Unreason that hasn’t regarding many of their prior albums?

Greg Gaffin still makes good use of vocabulary to sing songs of discontent. Most of the societal ills covered are in regard to societal ills and the current political manner. The lyrics are still both openly scathing and subtle, and the larger vocabulary helps keep the songs more interesting. There’s a directness, but there’s also depth and it’s easier to digest the message.

Multi-part vocal harmonies still play a prominent and important role.
Bad Religion’s songs still sound incredibly tight and direct.
There’s still as much room for fury as there is for melody.

There are some slight curve-balls in a few songs that fit the album overall pretty well. “Big Black Dog” in particular handles variation well enough. A disco beat remains central to the song whilst remaining unmistakably Bad Religion. The song is a bit over the top and holds the only awkward line delivery on Age of Unreason; Otherwise “Big Black Dog” fits in nicely and helps keep the album from becoming monotonous.

On top of that, there are a number of times when Bad Religion are having more fun than usual. Obviously the songs are pretty serious, but there’s a bit more of a counter-balance this time around. It makes the bite and the message of the songs much easier to digest. Bad Religion aren’t beating you into submission with their message; they’re inviting you around.

It’s difficult to say anything about Age of Unreason without it seeming like you’re talking about another Bad Religion album. That said there are some differences, if only slight. The quality of the album overall is roughly the same as previous works. It’s weaker in some parts and stronger in others. Some songs could’ve been dropped, but otherwise the album is pretty decent. More importantly, it’s another decent album from a fairly consistent band. Bad Religion have once more delivered at a pertinent time.

Age of Unreason is available here.