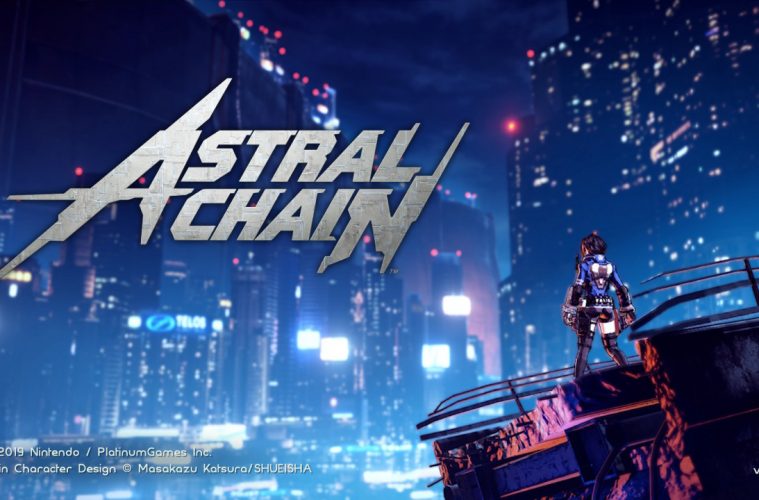 When Astral Chain came out I couldn’t help but admire how it plays more so than it handles its plot.

Astral Chain takes place during the year 2078. In order to avoid extinction, humanity’s remnants took to an artificial island called The Ark. Unfortunately humanity still remains under threat from the Chimeras – an otherworldly force – as well as the red matter – corruption given solid form – that come from The Astral Plane.

In game’s introduction Neuron – a police force established to combat Chimera – along with The Howard Twins – two of Neuron’s newest recruits – head out to stop a mysterious attack. After an ominous introduction and short character customising session, the game puts you on a motorcycle and begins.

Whilst providing some basic controls, the opening segment functions more as a tutorial for the motorcycle sections (which are rare) than it does the game overall. It’s a good set-piece that gives a bit of time to set the tone of the file (Astral Chain‘s name for chapters), but I can’t help but wonder if this section was the best option.

After the opening scene there’s a minor amount of exploration, some combat, you get your first Legion and engage in a bit of combat, and get a bit of a better feel of the game overall.

The gameplay mostly cycles between exploration / investigations and combat. Exploration sees you undertaking investigations, red and blue cases (which are side-quests some of the time) and finding items. Investigations involve finding evidence by speaking to npcs, examining objects and using Legion (and a scanning mode).

Often exploration / investigation sections keep things pretty calm, though sometimes an undercurrent of tension can run through them. The exploration aspect goes a long way in making the environments feel larger than they are; The investigations make for a welcome way to reinforce the setting, but sometimes they feel like padding. 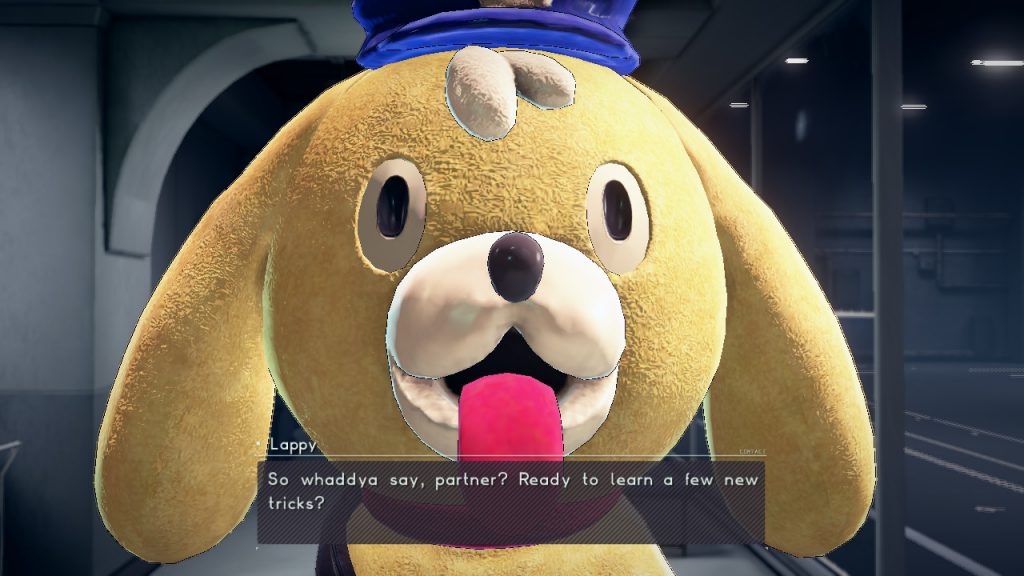 For non-combat the camera works fine enough. It seldom needs to do too much. However, when it comes to combat the camera can become an issue. It seems like Platinum wanted the camera to focus on the action’s style and flow, but it doesn’t like spatial awareness too much, and (when locking onto enemies) sometimes suddenly shifts angle. Due to combat’s pacing, this can be problematic and disorienting. The camera settings can mitigate its effects, but only to an extent. As it stands the way the camera works is a good idea, but it needed a bit more work.

Combat feels both less complex and more forgiving than prior Platinum works. Naturally your abilities start off limited and expand as the game goes on. Weapon variety comes early; your weapon can morph between a mid-paced, slow-paced and ranged attacks, with all the power that those imply. Legion options also begin limited, but gradually expand throughout the game.

Legion function as a set of auxillary abilities more than they do a separate character. They attack on their own but you’ll spend more time either utilising their moves or moving them around.

With each acquired Legion comes a different approach to combat. Some Legion work better against some enemies which helps promote variation; something that Astral Chain‘s combat ranking likes to reward. It pays a lot to experiment once you understand the basics of each Legion as it makes the combat flow more and feel more satisfying.

Using Legion relies on a timer. Outside of combat Legion use is often brief so it’s not much of an issue. When it comes to combat you need to pay a bit more attention to the timer, though as you get better it becomes less of an issue. There are a few ways to replenish the timer; doing well in combat, using items and collecting red matter (a form of corruption given solid form). 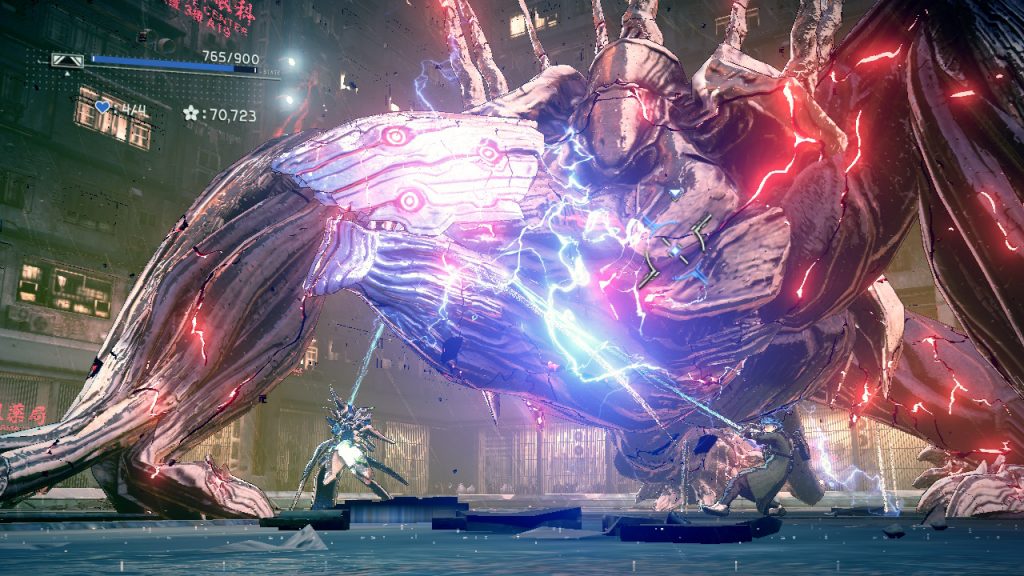 Legion also play a role in the obligatory super mode which, remains unavailable until the second half of Astral Chain‘s plot. Whilst only available in short bursts, it’s quite powerful and can make quick work of most enemies. However, The mode’s generally slow movement and slow charge rate means that often you don’t get an opportunity to use it; when you do, if you’re not careful it can bring combat to a near-standstill.

As it’s of situational use and late to unlock, you can’t rely on the super mode; instead you spend most of the time engaging with the core combat mechanics. It also means that the mode feels superfluous as, whilst it’s plot-relevant it doesn’t impact the gameplay. It’s not necessarily unwelcome but not including it might’ve been better.

The last thing to mention about Legion is the optional maintenance mode. Supposedly performing maintenance on Legion makes them more efficient when in combat. If so, then surely there was a better implementation of the system. Admittedly maintenance doesn’t take too long, but due to ts setup over time it feels more and more like tedious busywork. It’s not a bad concept; performing maintenance on your Legion is interesting, but it needs to be a faster, smoother process, as well as offer more than just improved combat efficiency.

Instead of going for realistic, Astral Chain employs a cel-shaded, animesque look. It’s a style that seems like it would work best with light and shade, but that aside it helps enhance the game’s cyberpunk aesthetic. The colour palette fits in with the style and makes many parts of The Ark pop, at times giving the sense of an almost overbearing city. During daylight settings the effect becomes diminished, but it still plays into the cyberpunk aesthetic as, overall, the cel-shading gives a kind of “hard” and sleek look to everything. 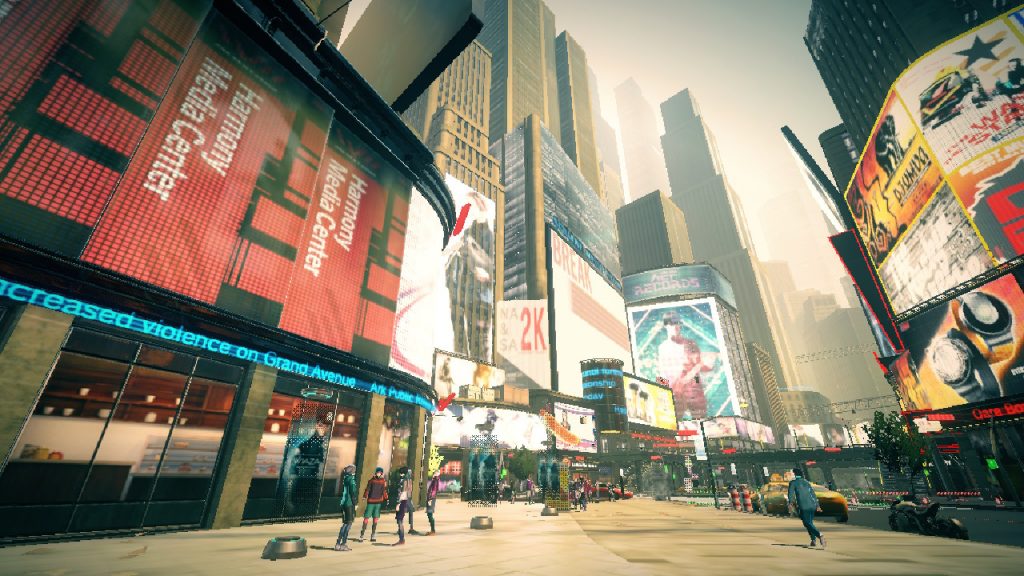 The Astral Plane also has a hard and sleek look, but appears more digital and geometric when compared to The Ark. It makes for a great contrast for The Ark, what with its otherworldly and massive, yet more linear feel. However, The Astral Plane’s use gets a bit too much. It’s a great set-piece, but you visit it so much it may as well be the next suburb over, diminishing the sense of danger it suggests.

There are a few other touches, such as the way Legion distort and act, and the way that Chimera-based enemies can dissolve when defeated. Things such as these might have worked with a more realistic style, but over time they’d feel artificial. In Astral Chain the art style allows the small touches to make the setting feel more real; in regards to Chimera and Legion, more alien and dangerous.

Whilst there’s little to say about it, the soundtrack works well for the game. It often matches scenery and tone and transitions nicely between combat and exploration. It’s hard to imagine the game being better with a different soundtrack. A lot of care went into the music working and as such, it fits nicely. 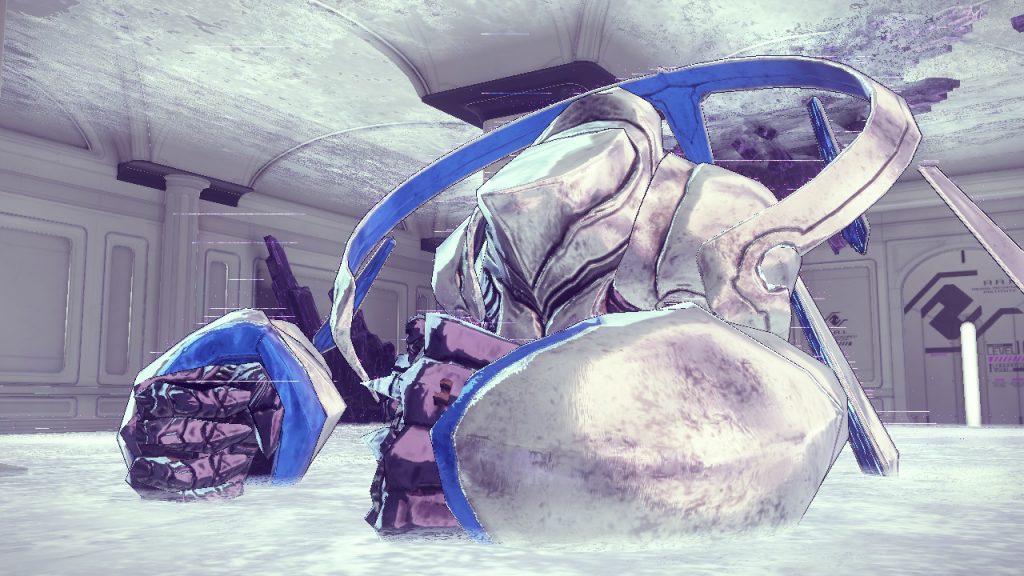 Astral Chain‘s greatest weakness is its plot execution. Cliché plots are pretty common, but good execution can elevate them quite a lot. Astral Chain has a lot of good themes; Identity, loss and helplessness among others find themselves interwoven into the story. These often find themselves touched on before the plot goes back to something that doesn’t so much tip its hand as wave it in your face. At first this is kind of okay, but over time as the game leans more on the plot, it increasingly feels like a series of missed opportunities.

The plot execution needed improvement; if the game features twins the plot shouldn’t feel as though them being one character wouldn’t change anything. Nor should the plot bring in things only to have them fall by the wayside in favour of a more cookie cutter story.

That said, overall Astral Chain is mostly solid. The idea of controlling two characters at once works better than it implies. It helps that using Legion feels like a progression on mechanics from some other games involving Platinum staff. Combat feels good, as does exploration. What little we see of the world is interesting; The Astral Plane could see a bit less use, but both it and The Ark are great settings.

Sure, it has some flaws, but Astral Chain is a game worth the time. 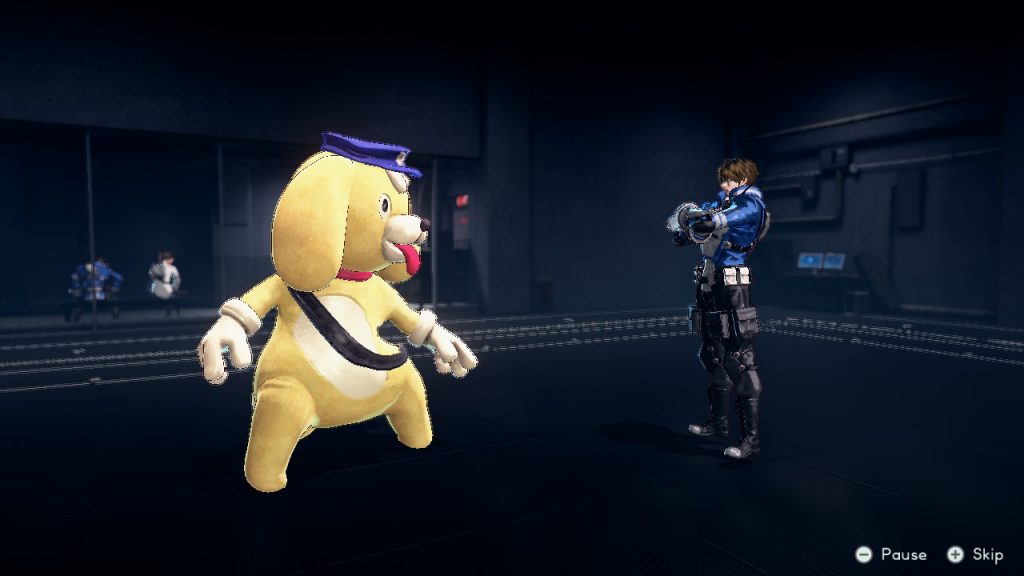