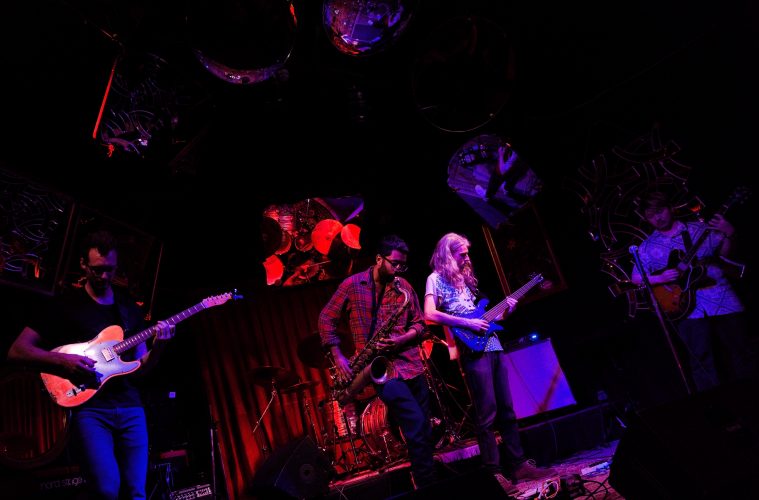 Somehow wearing work boots, cargo shorts and a research shirt left me feeling under-dressed and inadequate for a “jazz” gig, unable to fit in with the experienced sui generis Marrickville crowd that went along. My position of power befitting that of my status as critic came into question by the psykick machinations of the audience, and who was I to disagree?

Certainly my shame was great enough to reveal aspersions on my confidence in getting this published no more than two days after the event in question, but I digress. 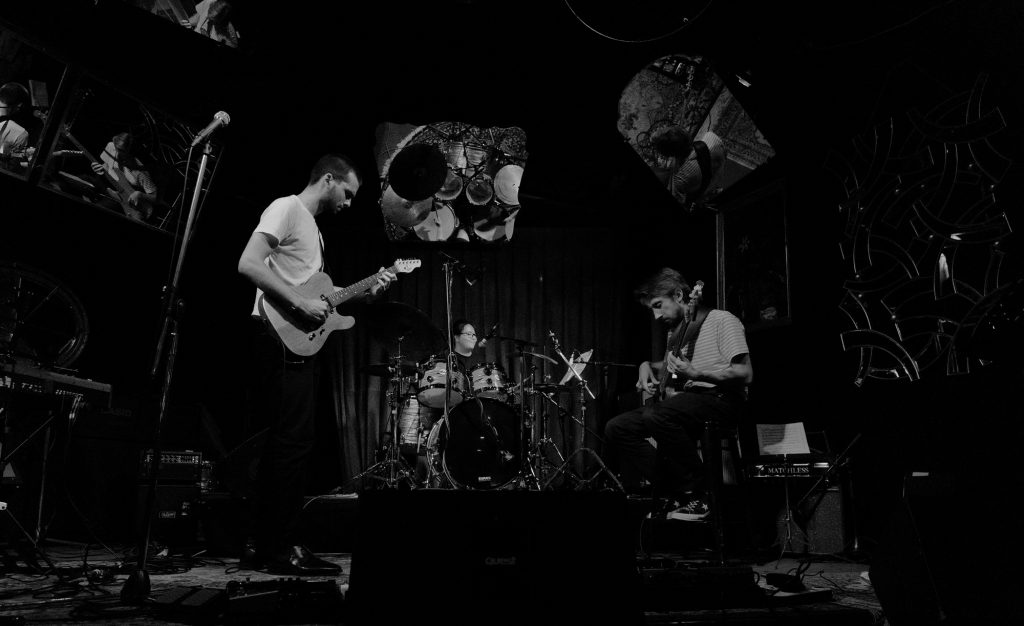 Their set seemed based around a gradual build and gradual come down. Slow they were in rising building intensity; slow they were to reach a peak. However, rather than explode in sound, Holopeak decided instead to turn around and slowly they walked on back. Seemingly part improvisational and part compositional, their hinting at intensity and calmness without pointlessly stoking fires was a nice way to open the show.

Whilst Josh Meader was the star, it came as little surprise that the quartet’s overall tightness helped bolster his jazzed-up jazzathon. This was a group performing hard and performing well, digging into what they could and just driving

At times Josh Meader would step out of the spotlight for someone else to step in. They’d take advantage of that time without moving too far from the music; in doing so they provided a quick, tasteful and effective bite.

That’s not to take away from Josh Meader and his technical ability; His sweeps usually fit in with what was going on around him well enough, and it was great that he could perform as part of a unit. Unfortunately more often it felt more like he was looking to showcase his skill rather than provide service to the compositions. As said before, Josh Meader was the star; attention to his skill was not unsurprising, but too often he would take off in a flurry of notes, which, whilst initially impressive, grew tiresome, seemed a little too rigid in places and took too much from the music. 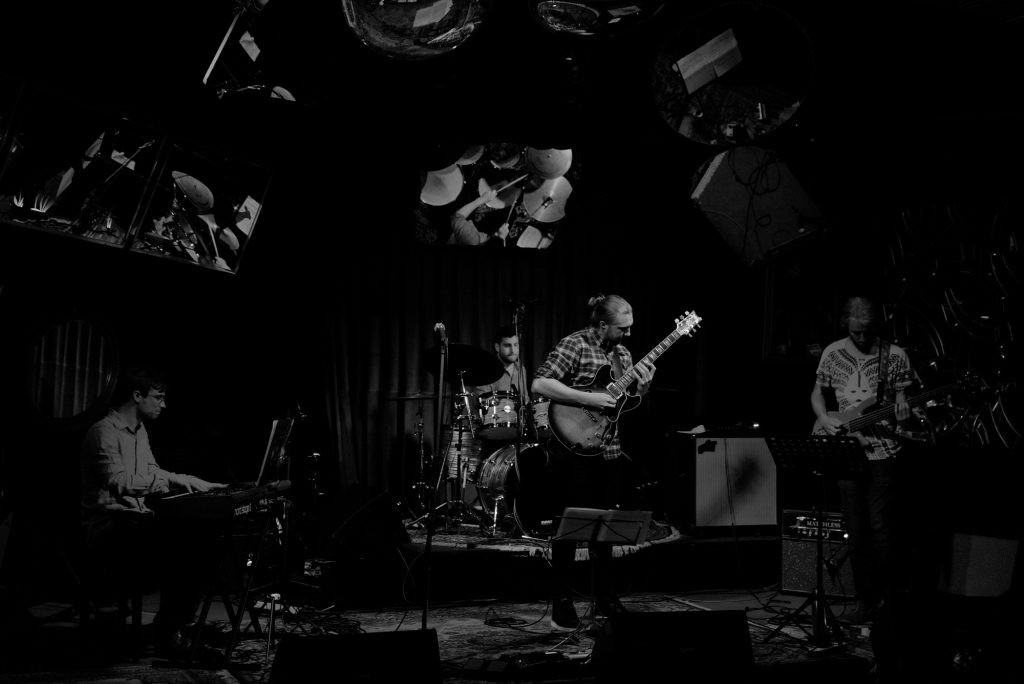 Arcing Wires closed the evening as the final act of the gig. Considering that they were the headliners and more often than not the headliner performs in position last, it made sense. This particular performance was in service of “launching” their album, Prime.

The band took position on the stage, then got right into performing Prime; not necessarily in track order, but still in an order that made sense. There was kind of a bracketing of songs into a way that kept everything making sense. The songs still sat quite comfortably with each other and the set’s flow remained at ease as Arcing Wires performed each song seemingly with a sense of confidence that they could do them justice.

An album performed live doesn’t always lead to a great translation, but here Arcing Wires excelled. Each bit sounded as full and developed as it did on record; each passage passed by with all of the thickness warranted. Everything hit as hard or softly as it needed to and everything clicked into place. The performance of the album gave it so much more; not just in terms of presence, but also in terms of depth and tone. It felt like there was more going on in each moment, and both the music and audience benefited.

There was room for a new composition that fit well with the set and helped fill it out a bit. It was only a few songs after that when Arcing Wires wrapped up. Overall it was a solid night and well worth the time. Each act showed talent and offered something different; They all played pretty well, but Arcing Wires especially. They nailed it. 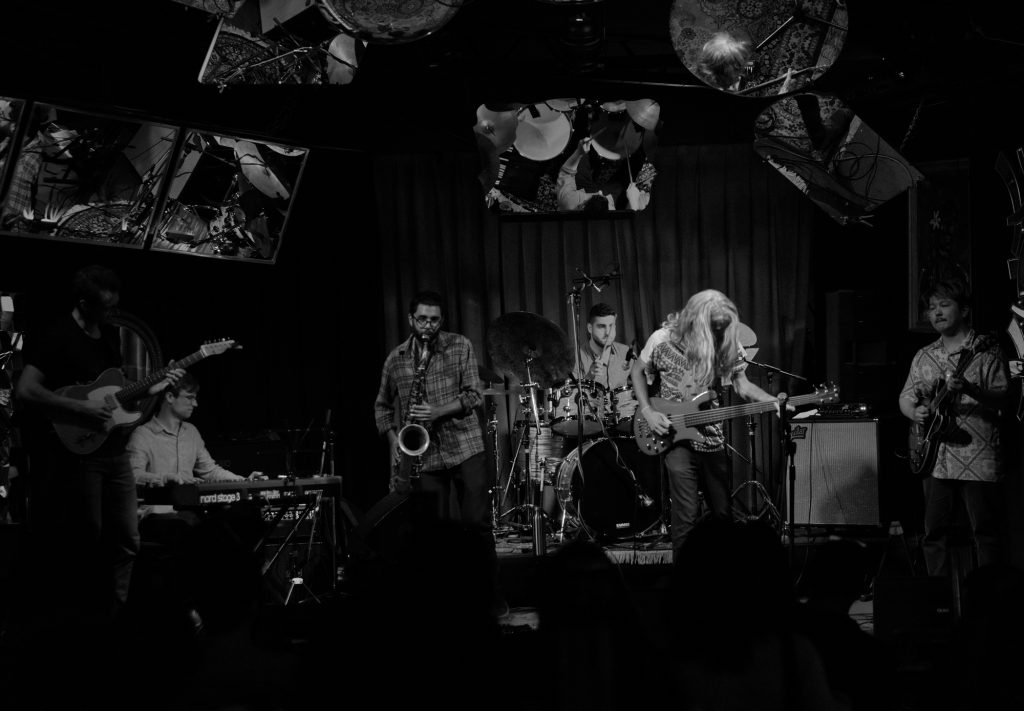