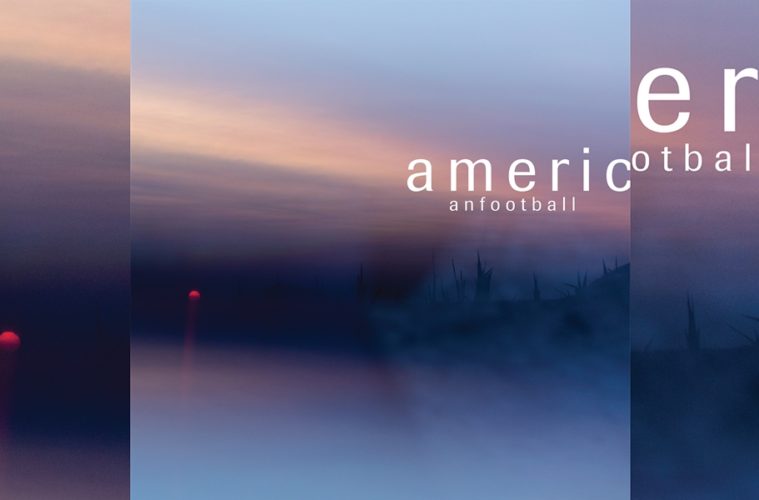 Instead of sitting still, on their third album American Football furthered their sound. Rather than go for a completely minimal affair, they’ve chosen to go for something both sparse and full. Spindly, semi-arpeggiated guitar sits nicely on the rhythm section that holds structure with only what is necessary. A number of auxiliary sounds help to add a bit more depth and texture to the songs. Processing work on the vocals causes them to trail a bit more. The result is a dreamy and lush-sounding record with a great deal of space.

“Silhouettes” is a fine example of how the band used space. Soft chiming sounds slowly build over each other, forming a textural structure. soon the band kick off a drawn out pattern that further builds the atmosphere. The guitar moves around a semi-arpeggio as the drums play only as much is necessary. The vocal lines remain brief. The chiming sounds pull back a little as the song progresses. This all works well together as the song (and the album) has a well-developed structure. However, “Silhouettes” really shines space-wise is in its bass.

Aside from a couple of sections, the bass plays only a few notes at a time. Rather than always tell, the bass essentially suggests the melody which the song’s structure then carries. Had the song sounded cluttered and this would not have worked. It’s in the breathing space that the song has a melodic flow. It’s also due to this that the song’s emotional impact is greater.

The album contains a subtle ‘intensity’ that reveals itself upon repeat listens. Oftentimes the band sound like they were looking more at mood as an indirect concept. As the songs are highly atmospheric, often the mood reveals itself over time. Sometimes it is more overt but otherwise American Football never forces the mood down your throat.

“Uncomfortably Numb”, an unabashedly lighthearted pop song handles subtlety really well. The song just kind of floats in the air as its upbeat sound progresses. However, over time the vocals and melody reveal a “flatness”. Beneath the surface lurks reflection on perceptive shift leading to a lack of feeling.

“Uncomfortably Numb” is subtly deceptive. It’s not immediate, nor as apparent as its sound suggests.  After all, why would the narrator make something overt and loud if they were numb? Something more “level” and “flat” would be easier.

Overall the album is fairly emotional. However, American Football don’t sound interested in wallowing. They’re trying to find a sense of understanding, but from an older perspective. Combined with the overall sound, there’s a kind of nakedness on American Football you don’t get with a lot of albums. It’s all the more appreciable.