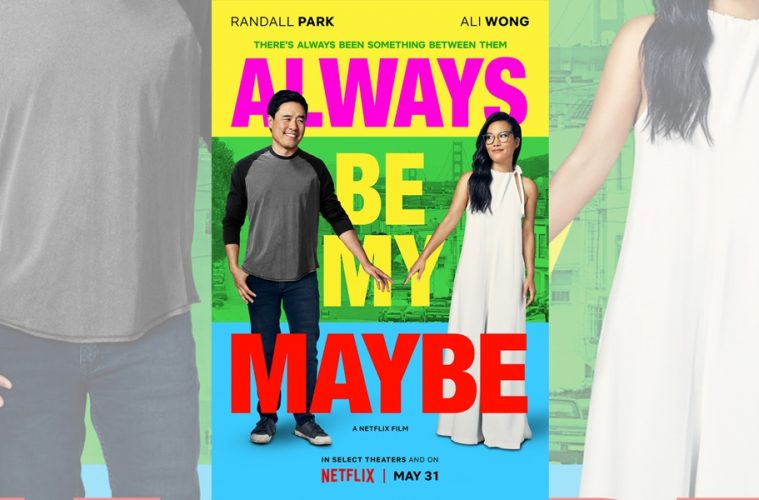 Always Be My Maybe: A Culturally Representative Rom-com with Authentic Asian Food and Heart

Before you roll your eyes and think “Not another Netflix rom-com”, let me tell you what you’re in for. Whilst the format is an all-too-familiar pair of best friends who live next door, go their separate ways and eventually reunite, there is a lot more to this story.

With the likes of other culturally popular diverse films such Crazy Rich Asians and To All The Boys I’ve Loved Before, it’s no wonder Netflix chose to dip their toes into another culturally diverse film. I definitely don’t think you need to be of an Asian culture to appreciate this film’s subtle touches and nuances.

An Asian representative such as myself will appreciate (and even giggle) at the variety of cultural experiences brought to the screen. Something as simple as taking off shoes and leaving them by the door is a big Asian custom. Someone ‘going to step out’ when you’re at a restaurant really means they’ve just paid the bill for the meal. Let’s not forget the ruse of using a disabled car permit (and yes; it is true, and something I’ve seen done more than once).

What really makes it stand out are the two leads who also took part in writing and producing the film; comedic power houses Ali Wong (Baby Cobra, American Housewife) and Randall Park (Fresh Off the Boat, The Interview).

The act setting up best friends Sasha Tran and Marcus Kim blazes through a sequence from child to young adult. Showcasing more screen time of the younger cast would have helped to build a stronger connection to the characters; especially when the two evidently don’t end on good terms and go their separate ways.

The pair later reunite after 16 years and Wong and Park’s chemistry more than make up for the rush; especially in scenes that require extensive dialogue between the characters. Their character’s motives are very well-written and it’s easy to relate to the decisions their characters make. While the film also tries its best to stray away from the “I like you, I don’t like you” format, it does however showcase justifiable reasons why these two people either will or won’t work out.

The film delves into how a person’s hopes and aspirations can often be something we project onto a person; something we all often oversee in relationships. It showcases how people change as they get older and how those around us can influence our views. It looks at how reuniting with someone from our past can keep us grounded or even remind us of our true values.

Food is another central focus of the film. The term ‘elevated Asian cuisine’ sees use quite often throughout the film; so much so that in the heat of an argument Randall claims to Ali that “Asian food isn’t supposed to be ‘elevated’. It’s supposed to be authentic”. It showcases how we often become overwhelmed with the ‘experience’ of food. I think that authenticity is something that’s become lost through food’s social media appeal. I don’t know about you, but I’ve often found the best Chinese and Thai restaurants are usually the first places you wouldn’t think to look.

Now, aside from looking like another rom-com, Always Be My Maybe makes you think about the choices you make and the people that help shape who you are and who you choose to ultimately become.

Will this film be on your Netflix list? Will it be a definite watch or a rom-com for another day? Let us know in the comments your thoughts.