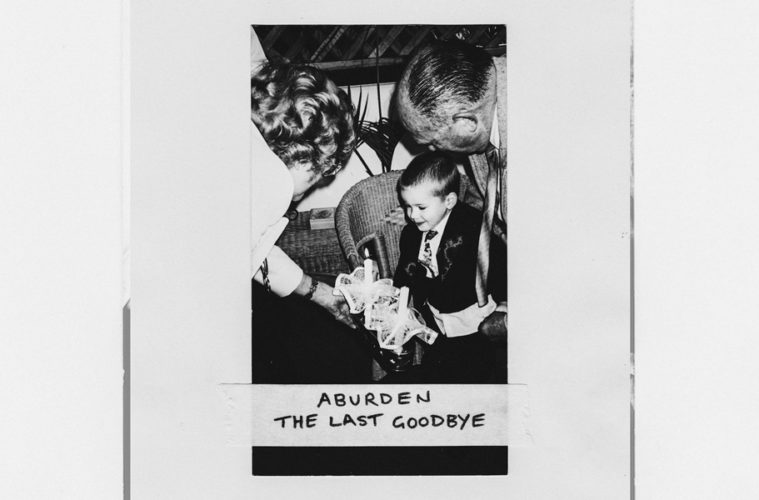 Aburden are a band that hails from Melbourne.
Something about building a fan base over time and hard work, leading to the release of their new EP. The EP’s name is The Last Goodbye.

There are a few issues with the EP.

Firstly, too much of the vocals have effects blatantly applied to them to the point where it just dampens what impact that they have. The screams are usually strong enough to get through this, but the clean vocals suffer the most.

The lyrics embrace melodrama. The sense of relation is there. However, in conjunction with the delivery, the emotions end up overly emphasised. They don’t reach inside; instead they just touch the surface.

Almost every moment hits maximum. Even the softer parts. It’s good that the group have energy and enthusiasm, but there’s no subtlety. Nor is there a sense of dynamics beyond surface level. Along with the words, the band dives into the melodrama with their playing and it serves to harm The Last Goodbye.

The excessive reverb (among other effects) leads to The Last Goodbye sounding flat. This is usually a little more restrained than everything else, but it’s still a prominent, and at times distracting issue. Combined with the above issues, as well as the unrelenting loudness and the flatness ends up exacerbated. The emotion of the music suffers as it exists in a superficial manner due to a seeming lack of restraint.

“My Old Friend”, the closing track on The Last Goodbye, is a good example of this.
The piano progression suggests soft playing, but the playing sounds highly forceful. The reverb makes the vocals sound like the vocalist is in a long hallway screaming, leading to the words being muddied. They also sound like the vocalist is trying to sound really sad whilst screaming as hard as possible. It is likely that “My Old Friend” is a counter-point to “My Best Friend”, but it misses the mark.

To be fair, the piano of “My Old Friend” is interesting. There’s a tenderness and fragility that comes through the playing. The piano also doesn’t follow a strictly conventional melodic progression. It works well as an atmospheric piece on a conceptual level. However, the piano ends up mired by the approach.

It’s not all bad for Aburden, however. There is a fair bit of talent and the group show a lot of potential. They know how sections should connect with each other, and there is a drive and passion that does come through.

Some of the effects work to the advantage of the songs. There’s appropriate ambient use as well as application for subtle emphasis. These work well as they build upon the foundations of the songs rather than overtake.

Whilst going too hard into drama, each member does commit themselves quite well. Aburden have a good sense of flow which shows in the songs’ lengths. The songs don’t feel like they drag and thus Aburden are free to move through the songs without tiring. Each member locks in to each other really well and thus the songs do sound like the members are unified. There is a lot of promise for the group. It just feels as though they wouldn’t reign things in and were too willing to let themselves stick into some pretty strict templates.

That is to say that The Last Goodbye is an energetic record that shows significant promise for Aburden. It is also a record that shows that Aburden could easily veer into stagnation by doing the exact same thing that so many before have done and so many will do. The EP needed restraint, a drier recording and less loudness. It would have gained so much. However, the EP does showcase strong song structure, as well as a band that plays well together.

The Last Goodbye is available to hear here.